ONRUSHW23FH, the Barcelona-based label created by Albert Sánchez and Sebastián Cameras, advocates an experimental and high-quality design, aimed at a versatile audience that has an interest in in the boundary-less field of art and design. The brand reached out to me with their latest collection, and it’s truly worth sharing. Seldom do people in fashion come across concepts such as the ones developed by the sociologist Zygmunt Bauman, where liquid society and immediacy are implied – and the “Almost There” 2021 collection has its roots in those ideas. “The collection is based around the concept of celerity that as individuals it marks us and induces us to a certain self-demand, creating a distorted reality resulting in an intangible objective. From this point on, we reduce this utopia and disfigured scenario to the most visual and uncomplicated image of “arriving late” in our everyday life“, the designers explain. The garments have undergone through a complex process by mixing 3D prototypes of toile on the mannequin, looking for a rich visual imagery of immediacy starting from details such as someone waking up, a sort of “misplacement of a garment“, caused by chaos of being late and the process of arriving at the destination at any cost. One of the most significant resources in being able to achieve the effect of immediacy is either accomplished visually, as it would be in the case of a twisted or superimposed garment created as a result of the speed from the action that has been carried out, as well as the introduction of more rigid, but transformable structural figures which illustrate the agility that specific objects can provide, thus being the ones that give closure to the meaning of the collection. The collection features atemporal and gender-unspecific silhouettes where garments are completely displaced from their centres. For instance, gabardines in which the neck becomes the armhole; or shirts and trousers, presented with the components that construct them completely twisted. Concepts such as “nomadic couture” are used, enlighting compositions in which the traditional purpose of each garment shifts, as a case in point a blazer built into a skirt or a trench-coat as a dress. Simultaneously, “layering” as a resource plays a leading role not only in the creation of silhouettes but also on the illusion of superimposition of trousers or tank tops, resulting in a “trompe l’oeil” that deceives the eye and makes it unclear whether it is a single garment or a set juxtapositioned pieces. Clothes, which are food for thought, but as well look simply cool. 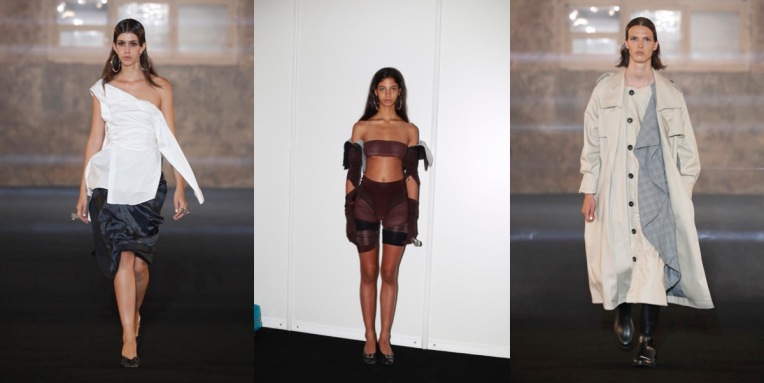 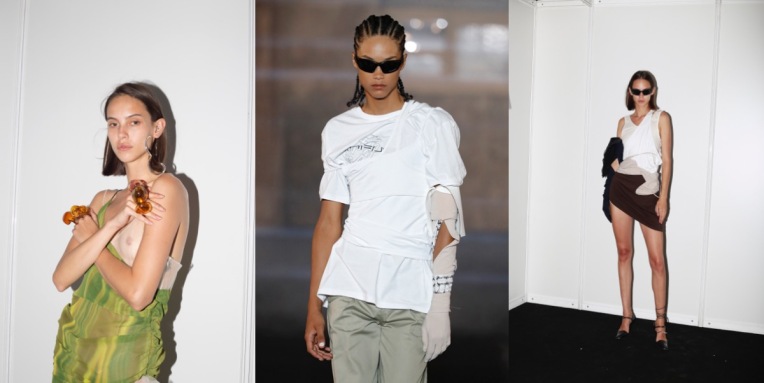 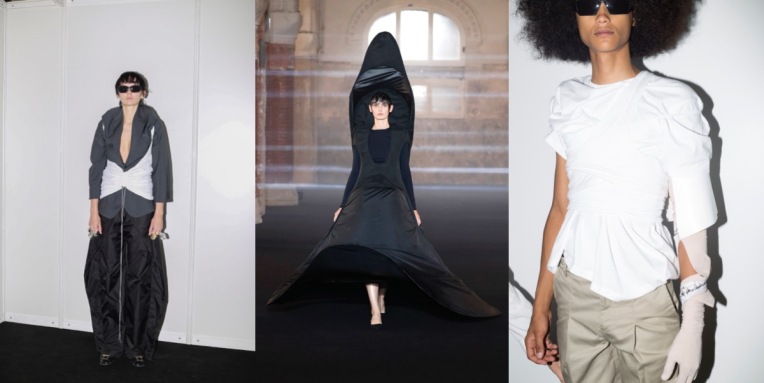