Happy Earth Day! It really should be everyday.

A few days ago I asked you on my Instagram stories to pick one of your favourite collections ever and I would make a collage with it. Here’s @elif.karadut’s choice: Anthony Vaccarello‘s autumn-winter 2017 collection for Saint Laurent! All dressed up, but nowhere to go… for now.

More of your choices are coming in the following days! If you missed the game, you can still write me your favourite collection and I will do the work. Got plenty of time. Culture isn’t cancelled, fashion isn’t cancelled! 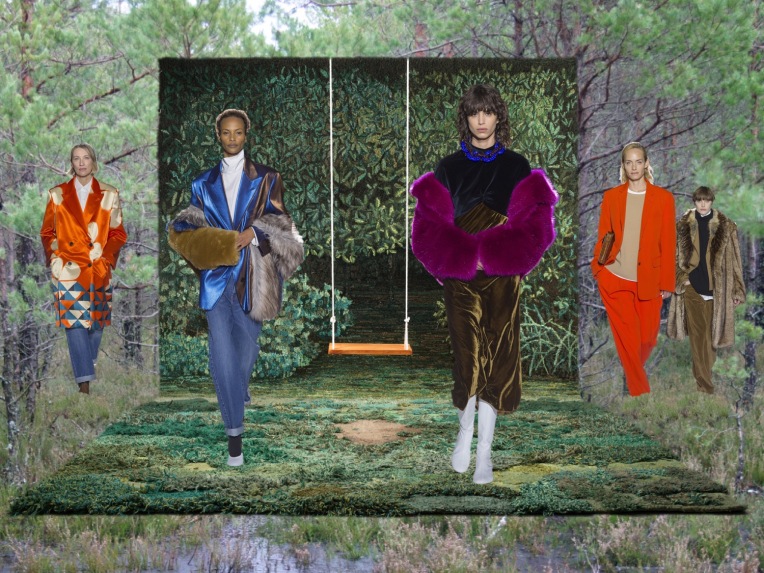 Autumn-winter 2017 was Dries Van Noten‘s 100th collection. And just as he did at menswear the same season, the Belgian designer was reflecting on the past, future, and most of all – the contemporary. Małgosia Bela, Nadia Auermann, Hanne Gaby, Mica Arganaraz, Carolyn Murphy, Debra Shaw and many, many more runway icons, veterans and today’s favourites walked the show. Some of them were present in Van Noten’s first show back in the late 80s, which added up to the sentimental mood. The collection was of course one of the biggest highlights in Van Noten’s career. It was all about the designer’s “codes”, which blur the lines between women’s and men’s. Masculine coats and over-sized denim pants; velvet bomber jackets styled with pencil skirts; sheer dresses worn with big jewellery and chunky boots. For the occasion, the designer showed off a remix of his favourite prints on mid-length dresses and pleated skirts, reminding everyone that he’s the master of unconventional colour palettes and textile combinations. Chic faux-fur boa, big blazer in fluoroscent fabric, a perfectly tailored, crisp white shirt and corduroy pants – that’s a look that says Dries, without even one logo on it. There’s no doubt why throughout those 100 collections, women fell in love with Dries over and over again. They continue to do so, as we step into the new decade. 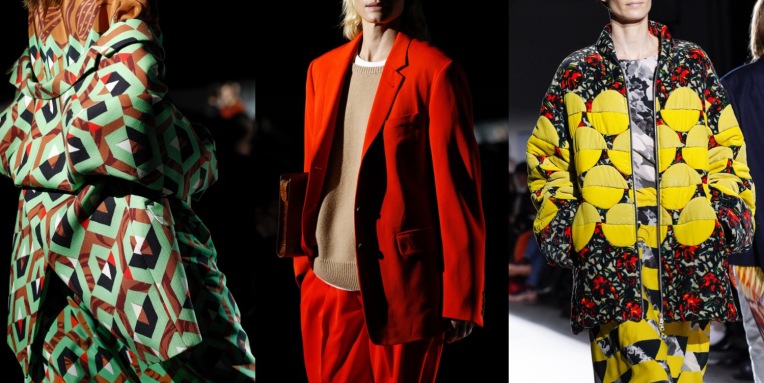 Collage by Edward Kanarecki feauturing Alexandra Kehayoglou’s carpet. Dries Van Noten collaborated with the artist for his nature-inspired, spring-summer 2015 collection. Had a chance to experience Kehayoglou 48 metre-long masterpiece, which was the show’s setting, in Berlin thanks to Andreas Murkudis. Click here for more!

It’s getting colder and colder everyday… why not trust Rick Owens this season and go for his duvet cocoons?