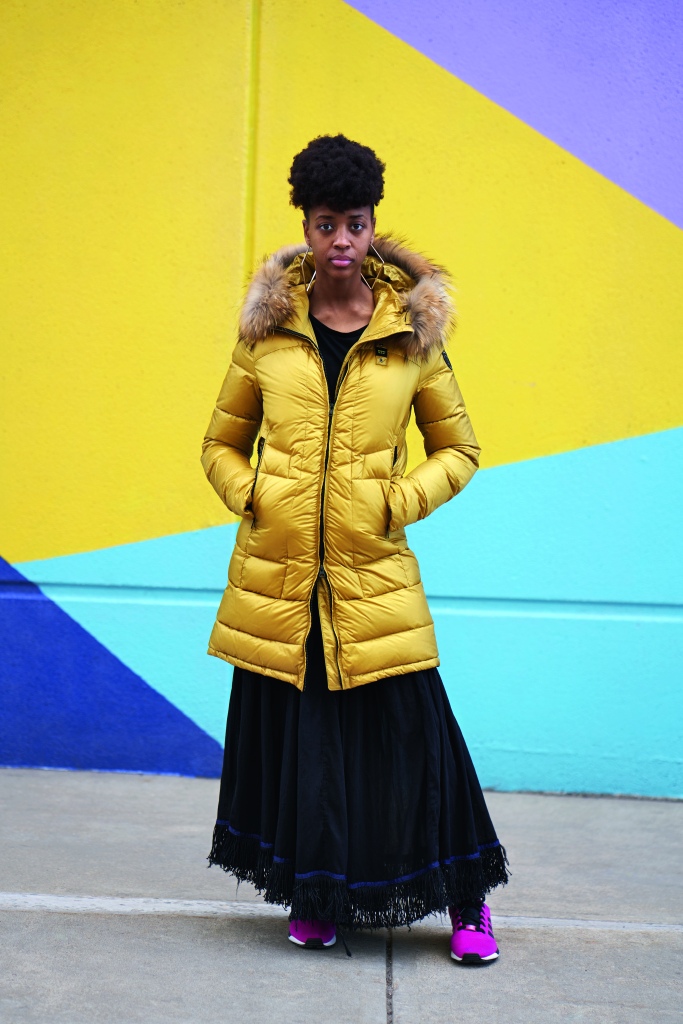 Sawtooth horizons. Snow-covered pine groves. Mining towns buzzing with new resourcefulness. For the fourth leg of American Portraits, the campaign format that presents collections through a road trip across America, Blauer USA heads to Colorado – where the Rocky Mountains echo with myths of the Old West. For the autumn-winter 2019-2020 campaign, James Mollison and his team get back on the road, turning a van into a travelling photo studio. Along panoramic byways they search for men, women and kids who can represent the lesser-known face of America, the authentic spirit of Blauer USA. The people they meet model the garments of the new collection – a mix of technical, performance outerwear including down jackets, parkas and leather jackets. The combination of traditional and cutting-edge materials and the colour palette ranging from khaki to army green, off-white and burgundy, are perfectly in line with the DNA of the brand originally born to supply uniforms to the American armed forces. The resulting portraits were shot between Denver, Boulder and the ski resorts of Colorado. The campaign is completed by an editorial-style catalogue – The Colorado Issue – that takes the reader on the journey to discover the mountainous state and the new collection. A series of videos follows the protagonists behind the scenes of the photo shoots. About Blauer: Blauer is the fashion brand that treasures and renews the tradition of American outerwear. Founded in Boston in 1936 to provide the police, the navy and other military forces with technical clothing, today it reinterprets the concept of uniform to suit men and women that are independent, cosmopolitan and sensitive to quality, authenticity and performing materials. Blauer is owned by FGF Industry, the Italian fashion company founded by Enzo Fusco.

About James Mollison: James Mollison is a British photographer. His work is defined by original concepts applied to social and cultural themes. In 2015 he published Playground: a series landscape photographs of schoolyards where children are at play. The project followed up Where Children Sleep, an ongoing project displaying stories about children around the world and their bedrooms. Other books published by Mollison are Disciples, The Memory of Pablo Escobar and James and Other Apes. His work has been published throughout the world including by Colors, The New York Times Magazine, The Guardian magazine, The Paris Review, GQ, and Le Monde.