Hillier Bartley, formed by Katie Hillier and Luella Bartley, is a label offering womenswear created by real women. The brand is already widely recognized for its Anglomania attire: at a first glance, the idea’s based on the wardrobe of an English aristocrat, who belongs to a classy gentlemen’s club. But then, the elegance goes Absolutely Fabulous non-chalance. The designers’ eternal love for 70s West London bohemia is oozing in every single piece of their spring-summer 2017 look-book. Discussing their inspirations, Luella named everyone from Zandra Rhodes to David Hockney, who were the quintessence of colour, partying and fashion back in the times. It’s absorbing to see how these two female designers evolve during their design process, and succeed in keeping it true to their style.

We’ve got Savile Row-inspired tailoring, all covered in multi-colour ostrich feathers; those thick knit sweaters became even softer with fluffy, purple fur sleeves; loosely fit, pink shirt was a nod to David Bowie’s legendary style. The musician’s spirit, who passed away in 2016, is present in these beautifully decadent, yet alluring clothes. As Luella Bartley told Vogue, “Talking about Bowie’s influence on myself or any other creative person is like talking about how oxygen influences the breathing process. Bowie, as the Thin White Duke in a double-breasted linen suit, felt particularly apt to illustrate a vague idea we had to imbue the Hillier Bartley woman with a louche ’30s glamour.” Just like the legendary musician, the Hillier Bartley woman has a style tendency for androgyny – note the importance of English tailoring, from cool blazers to high-rise trousers. Hillier Bartley isn’t about styling, though – if you separate the clothes from the looks, they appear to be (slightly eclectic) essentials of your on-the-go, everyday gear.

For autumn-winter 2016, the designers went for flea-market cool, which is so timeless and eternally relevant in London. One of the coats virtually looks like a re-cut and re-shaped Persian rug. A satin robe is worn as an evening dress according to the designers, with a pair of moccasins. Icy blue, velvet suit with a black, ribbed turtleneck underneath is a total-look worth investing. The intricately embroidered gown is a cherry on the cake – I’m obsessed with the way the oriental motif contrasts with the entire collection filled with feather elements, leopard spots and romantic, Fleetwood Mac flair. Oh, and the bags line is blooming, which is mostly on Katie’s part. From ‘Bunny’ clutches to collar-box bags with lilac tassels, the range is… yummy.

Looking forward to see Hillier Bartley’s next step in 2017! 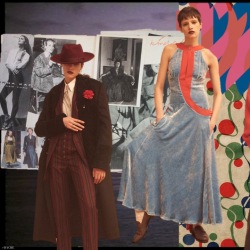 Haider Ackermann showed his darker side in the SS14 collection is Paris. The seriously rock & roll aesthetics that were mixed with classical Haider fabrics and forms. I loved the body exposure in that collection and colour use! So David Bowie and Vogue Paris at the same time! It felt fresh but still real for this designer- all these dresses and metallic colours beautifull compnated with sexy shorts and transparent tops. One of the best collections to date from Mr. Ackermann! 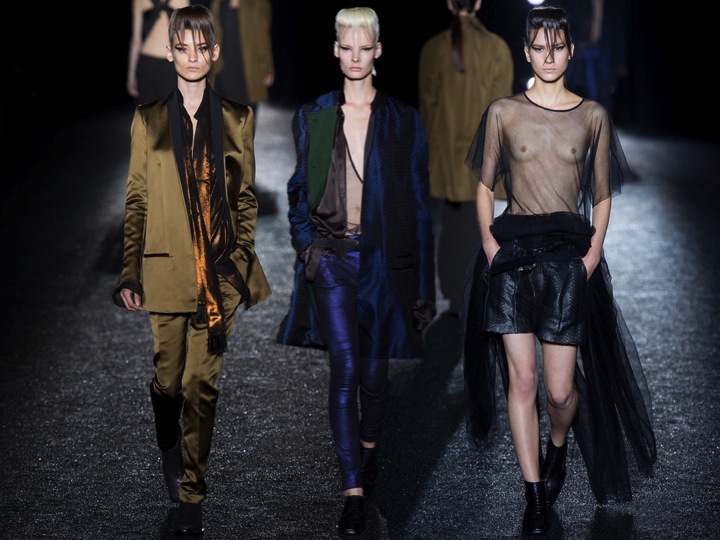 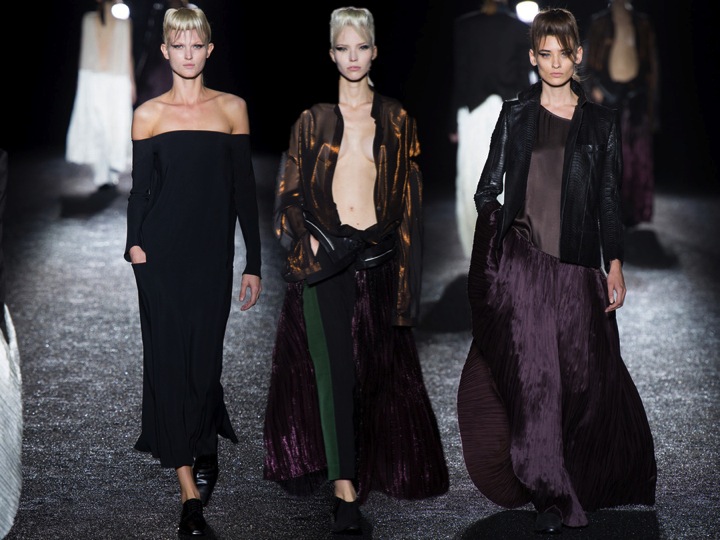 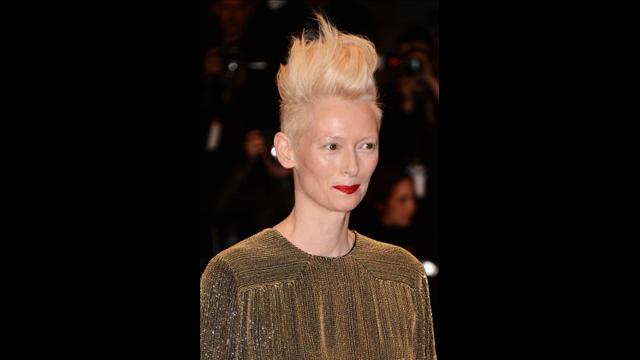 While all the stars like Anne Hathaway or Laetisia Casta wear their Dior’s and Valentino’s Couture gowns, Tilda Swinton never go on the easier path. I mean, she looks easier (not so tired like Uma Thurman in this silver Versace dress), but much more stylish. Tilda breaks all stereotypes of a costume at a big Gala. We will not see her in Gucci nor Chanel, but in… Haider Ackerman! Just like this time! Swinton, that look a bit like David Bowie, reminds me of stylish rock and roll in this sequined golden jumsuit by Paris based designer. She is my definite number one this year at Cannes Festival! 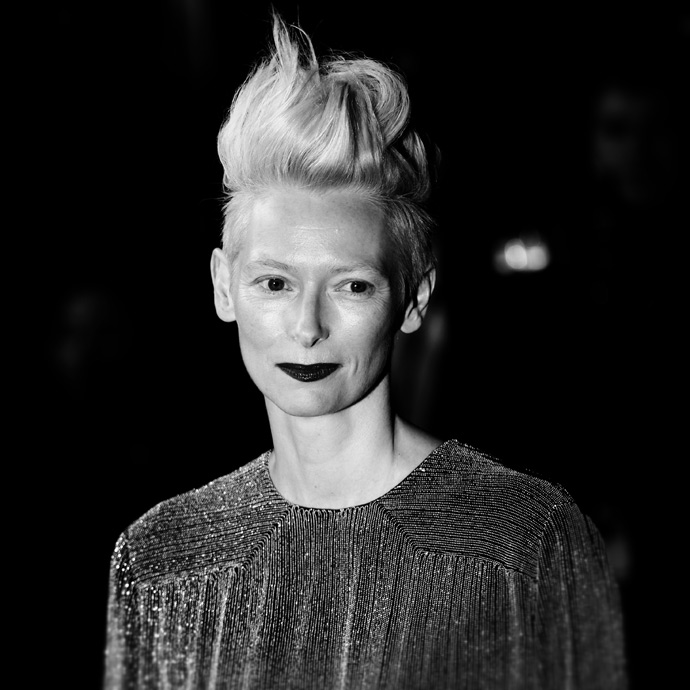 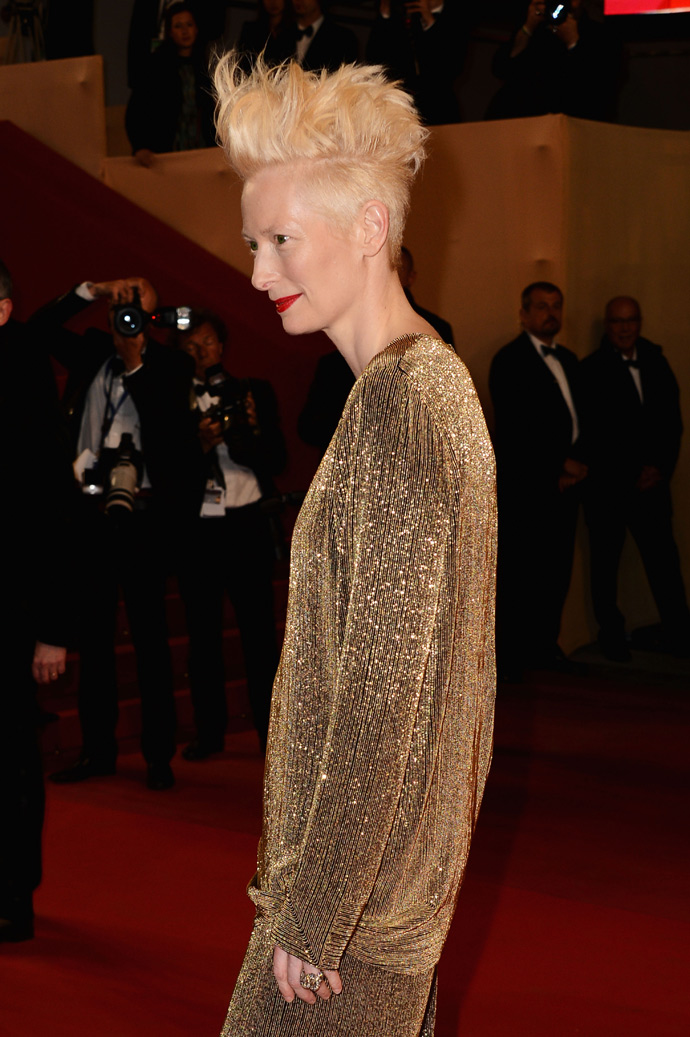