A few days ago I asked you on my Instagram stories to pick one of your favourite collections ever and I would make a collage with it. Here’s @kalalastrzelbicka’s choice: Karl Lagerfeld‘s spring-summer 1996 collection for Chanel. Months after this collection was shown, Vogue published “Fear of Fridays,” an article that spoke about the tailspin caused by the spread of the casual-Friday concept in business, one that gave rise to a new, more comfortable work uniform built around chinos. Lagerfeld swapped out the preppiness for a laid-back look, added a cropped T-shirt (which was certainly not work appropriate at that time…) and a belt or two, et voilà! Casual chic the Chanel way.

More of your choices are coming in the following days! If you missed the game, you can still write me your favourite collection and I will do the work. Got plenty of time. Culture isn’t cancelled, fashion isn’t cancelled!

2019 saw the farewell to the visionnaire, the most prolific, joyous, assertive and energetic designer the world has known – Karl Lagerfeld. Although Lagerfeld worked on many projects simultaneously, from his namesake label to Fendi, it was his Chanel that always excited the most. This is the brand where he left his most expansive legacy. From the fantastic show venues (Chanel shopping centre, Chanel space-rocket, Chanel aquatic world, Chanel airport, the list seems to be endless) to Metiers d’Art locations (Edinburgh! Dallas! Salzburg! Moscow! New York’s Metropolitan Museum of Art!) to the fashion campaigns (always photographed by him) to the label’s timeless, never boring, always consistent aesthetic (even if you haven’t been a fan, you should agree with this)… Karl owned Chanel. While the beat goes on with Virginie Viard, every show still feels as if something’s missing. A great loss. His soul is forever alive in the body of work he has left for generations to cherish. 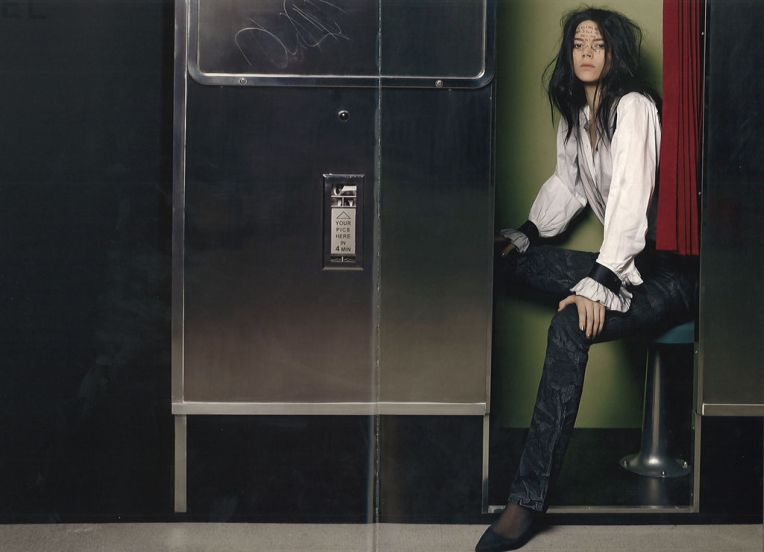 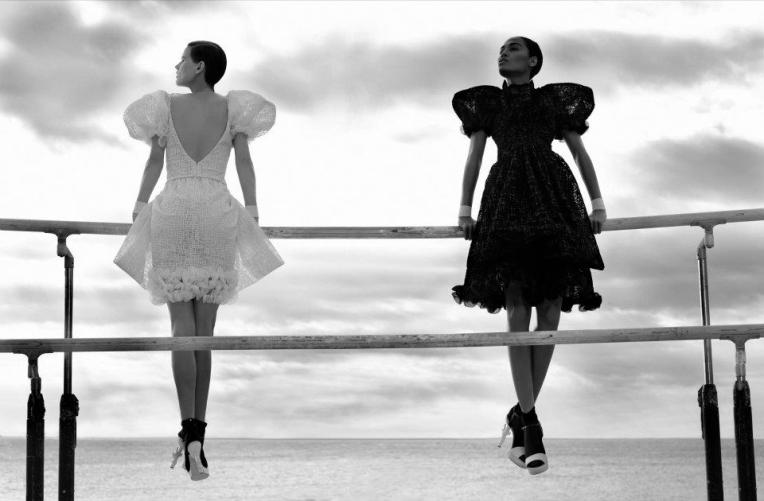 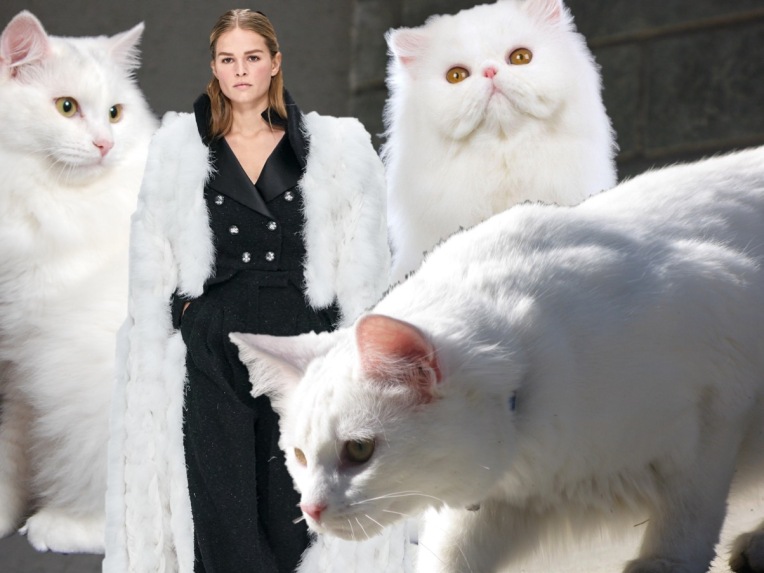 I doubt Karl Lagerfeld would want his last show to be a fussy, overemotional event. His last show was exactly how he planned it to be: as if it was his next collection for Chanel, another fantasy. “Oh! It’s like walking in a painting!” Farewell to the visionnaire, the most prolific, joyous, assertive and energetic designer the world has known, whether you agree with this or not. But those are facts. What will next seasons look and feel like without him? I’ve got no idea. It seemed like he was always there. On the show’s invitation there was Lagerfeld’s last illustration, captioned: “the beat goes on!“. He wanted it to go on, so let’s all look forward to Virgine Viard’s future for Chanel. 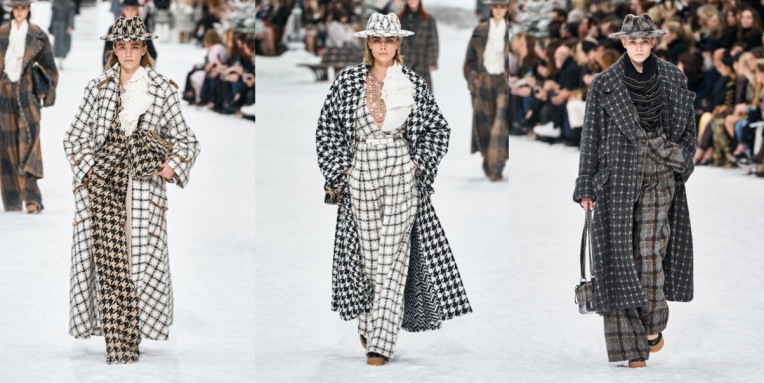 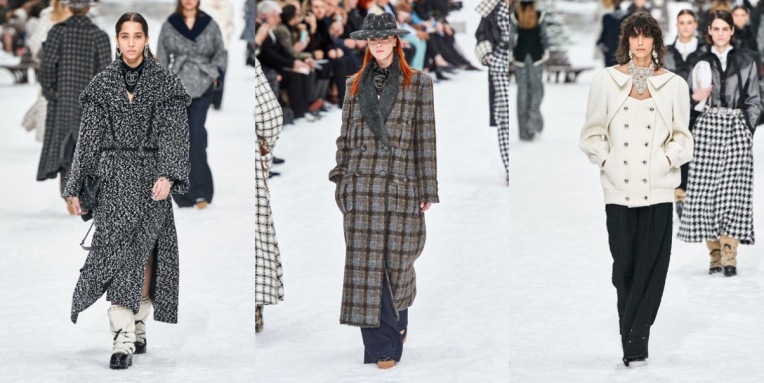 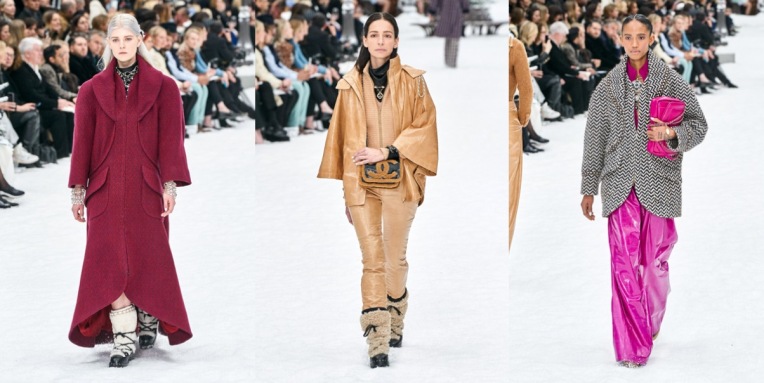 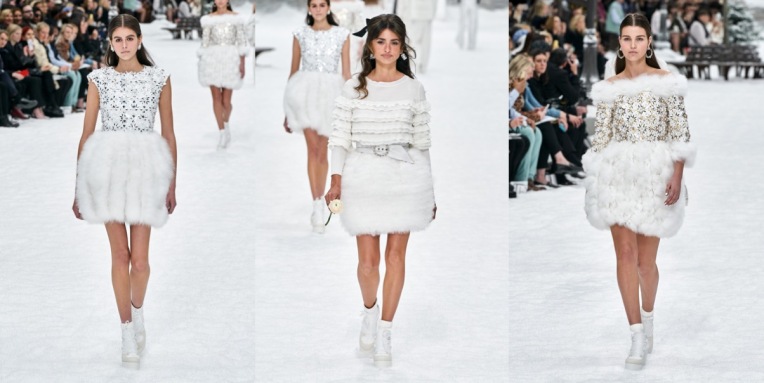 The news of Karl Lagerfeld’s passing away broke more than a week ago, and writing about his very final collection for Fendi seems like a struggle of using the right tense. It’s unbelievable he’s no longer here, with us. I always thought Karl will be present, forever. And just like that, it’s a season without him and his guaranteed, confident presence. Fendi’s autumn-winter 2019 was a tribute that wasn’t entirely a tribute, since Lagerfeld worked on majority of the collection – even though he was aware that his health is dangerously stumbling. After the models walked the runway, Silvia Venturini Fendi took a grieving bow. Karl’s last instruction given to Silvia was: “I want the bow” at the neck of the opening look. That was a nod to his own, unmistakable look. It’s difficult to write about the clothes from this collection as if this was just another Fendi collection. There was lightness in the pleated skirts. There was impressive craftsmanship involved, like the laser-cut “lattice” jackets and dresses. And, of course, there was the FF type face used on pretty much everything. It came from Karl’s calligraphy for the house from 1981. The models – most of them owe the designer their success by being his Fendi or Chanel muses – were visibly very emotional, but they walked their best, for Karl. Since 1965, he’s been at the helm of the brand – it’s probably the longest relationship between a brand and a designer in history – and now he’s gone. Venturini Fendi is taking the lead of the brand’s creative direction, but let’s leave the questions regarding the future of the brand for later. Rome, the city were Fendi was born, is in mourning: the brand’s flagship store on Via Condotti covered all of its window displays with Karl’s sketches of his designs for the house. Chanel faces the painful loss too, so does Paris. 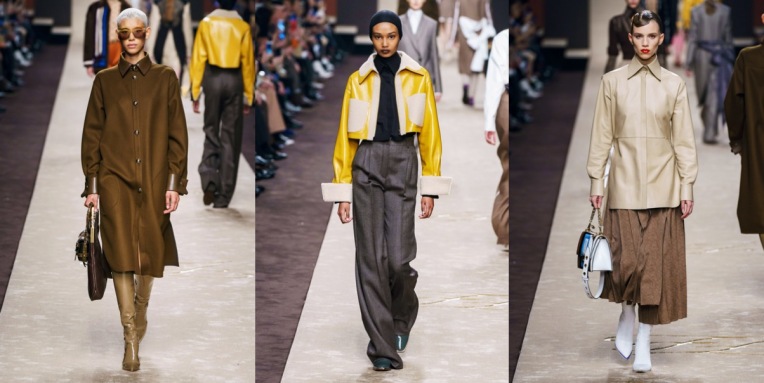 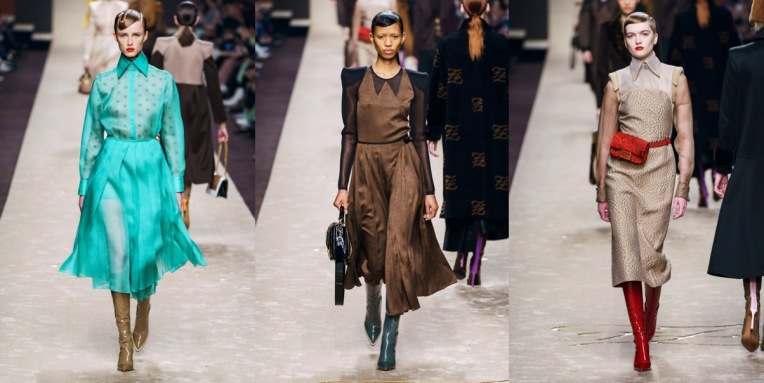 Chanel‘s Métiers d’Art shows are the only ones I look at. I love the craftsmanship involved here – it’s different level comparing to the ridiculous ready-to-wear collections, but looks more wearable than in the couture outings. This time, Karl Lagerfeld took his guests to New York’s Metropolitan Museum of Art to pull off an Ancient Egypt-inspired collection. To be honest, most of the clothes looked hideous and even the beauty of the surrounding tombstones and artifacts couldn’t hide this fact. BUT. Some of the details were impressive. The Amarna-inspired make-up. The gold-painted legs of every model. And the opulent appreciation of jewels and everything that’s shiny – a feature of every Egyptian king and queen. Would today’s Nefertiti dress in a Chanel tweed jacket made out of golden threads? Absolutely yes. But will real Chanel customers be able to wear any of this without looking ‘dressed up’ for a theme party? Who knows.