Stella Tennant, the iconic British model famed for her statuesque beauty and inimitable personal style, has passed away at the age of 50. My heart broke when I discovered the news. Wisdom and beauty, royalty and true artist, game-changing rebel and forever elegant. While Tennant was first known for her signature tousled pixie haircut, androgynous features, and commanding six-foot-tall presence – as well as her longstanding creative relationships with fashion legends from Steven Meisel to Karl Lagerfeld – her passion for sculpture, environmental causes, revival of the heritage Holland & Holland brand and her home country of Scotland were what eventually became closest to her heart. The news of Tennant’s untimely death was confirmed earlier today in a statement released by her family – including her husband, the French photographer David Lasnet, and her four children, Marcel, Cecily, Jasmine, and Iris – who asked for their privacy to be respected. 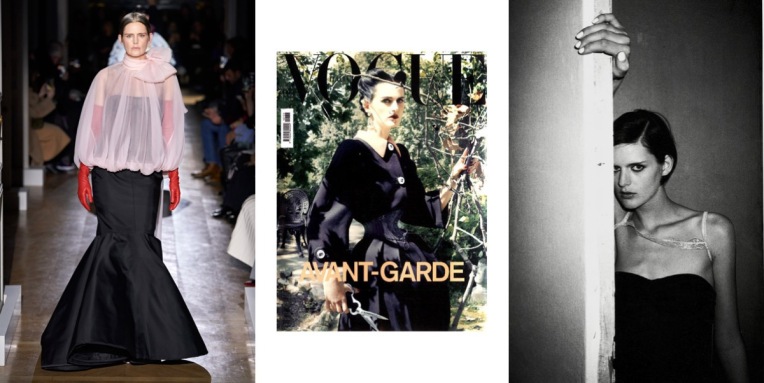 Tennant was born in 1970 as the youngest of three to the Hon. Tobias Tennant and his wife Lady Emma—daughter of the current Duke of Devonshire and his wife Deborah, the youngest of the famous high-society Mitford sisters. Despite her aristocratic pedigree, Tennant’s upbringing was decidedly more down to earth; she grew up on a 1,500-acre sheep farm in the Scottish Borders. It was a region that remained close to her heart throughout her jet-setting modeling career and one she would eventually call home again upon purchasing a Berwickshire farmhouse in the early-aughts. Tennant displayed a natural creative instinct from a young age, attending the famous British boarding school Marlborough College before going on to complete a degree in sculpture at the Winchester College of Art. Her career as a model began when she caught the eye of fashion writer Plum Sykes, with whom she appeared in the now-iconic Steven Meisel shoot for British Vogue’s December 1993 issue, “Anglo-Saxon Attitude,” which captured a nascent London scene of well-heeled women whose eccentric take on style offered a British counterpart to the U.S. grunge movement. A famous anecdote saw Tennant show up to the shoot with a nose ring, much to the surprise of the Vogue editors – it was her refusal to remove it that endeared her to Meisel, who invited her to model for him the next day in a Paris shoot for Vogue Italia. 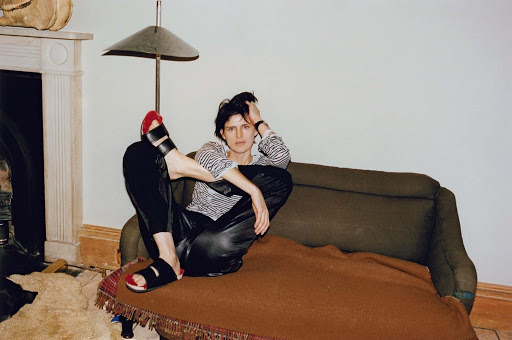 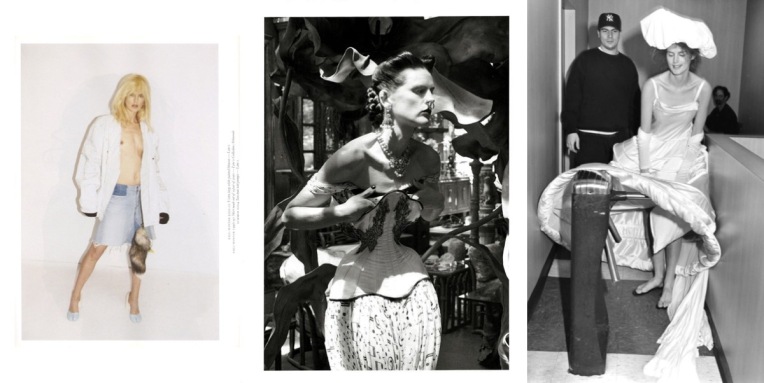 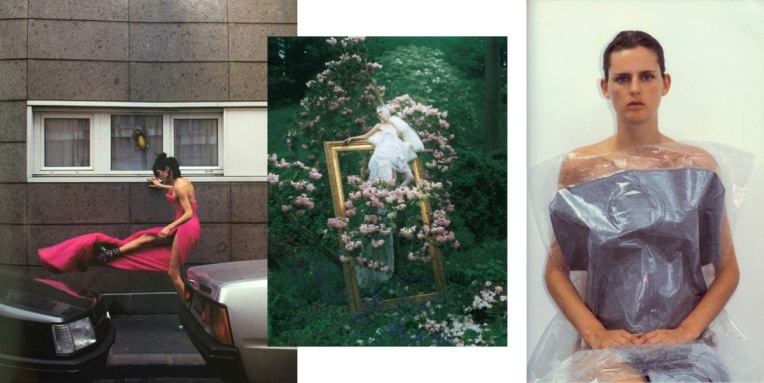 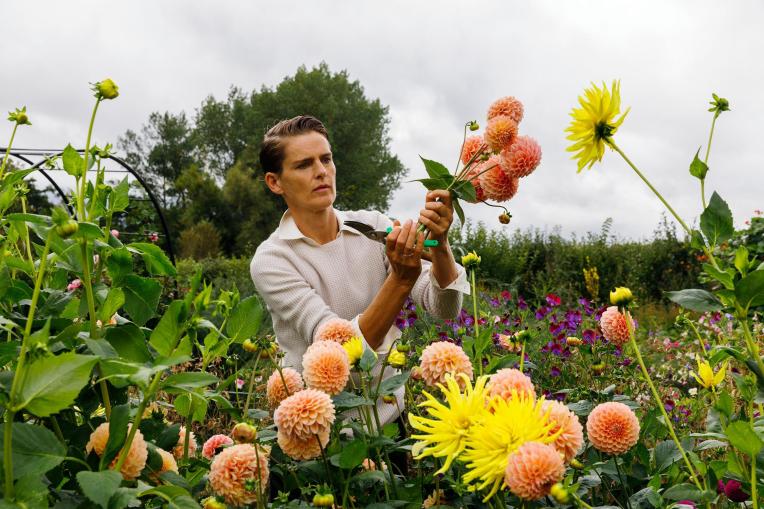 From there, Tennant was a regular muse of Meisel’s, shot by him most recently for the December 2018 cover of British Vogue. She also became a favorite of some of the most influential fashion photographers of the 1990s, including Mario Testino, David Sims, and Mark Borthwick, embodying the edgy, waifish insouciance that served as one of the defining features of fashion imagery throughout that decade. On the runways, Tennant made regular appearances for Karl Lagerfeld at Chanel, alongside the likes of Jean-Paul Gaultier and Versace. She also became a mainstay of Alexander McQueen’s runway spectacles, walking for some of his most iconic shows, including spring 1996’s “The Hunger” and spring 1997’s “La Poupée.” In 1998, after announcing her first pregnancy with her photographer boyfriend David Lasnet, Tennant retired from the industry. (The pair would marry later that year, with Tennant wearing a memorably minimalist Helmut Lang gown for their wedding in Scotland.) Shortly after the birth of her third child in 2002, Tennant made a return to modeling in a campaign for Burberry shot by Mario Testino that was partly credited with revitalizing the fortunes of the brand and returning it to its now global status as a fashion leader. Another career milestone came at the closing ceremony for the 2012 London Olympics, at which Tennant appeared with fellow British models Kate Moss and Naomi Campbell (among others) during a tribute to the country’s fashion industry.

Tennant always maintained a lifelong interest in sculpture, establishing a studio at her home in Berwickshire, where she worked with her sister Issy on a luxury homewares brand named Tennant & Tennant. Over the past decade, Tennant also grew to be a vocal advocate for environmental causes, appearing in a number of campaigns for the nonprofit Global Cool raising awareness around climate change, and joining forces with Oxfam for Second Hand September. Already, tributes have begun pouring in from luminaries of the fashion world. But while the statement released by her family earlier today marks the end of an extraordinary career as one of fashion’s most beloved and iconic personalities, Tennant’s legacy as a groundbreaking figure in the history of British style, as well as a passionate supporter of causes close to her heart, will live on.

REST IN PEACE, Queen. You will be missed. 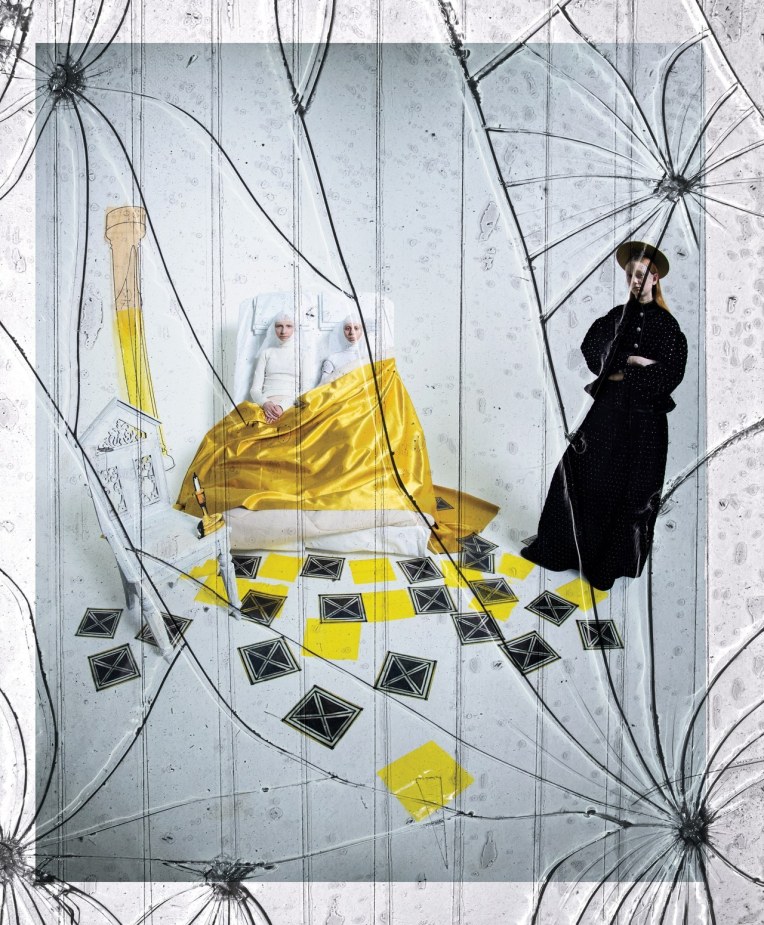 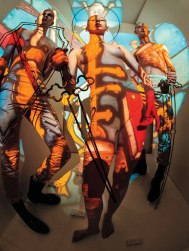 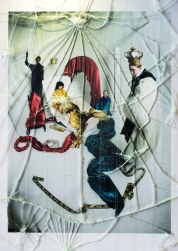 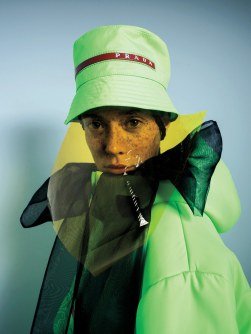 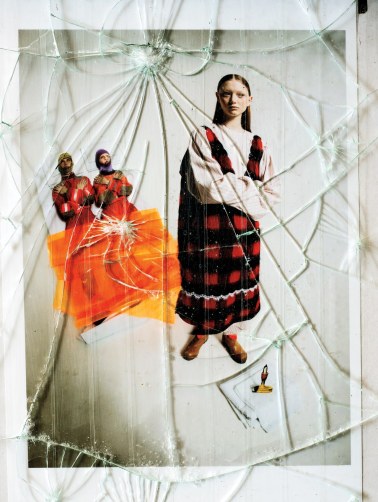 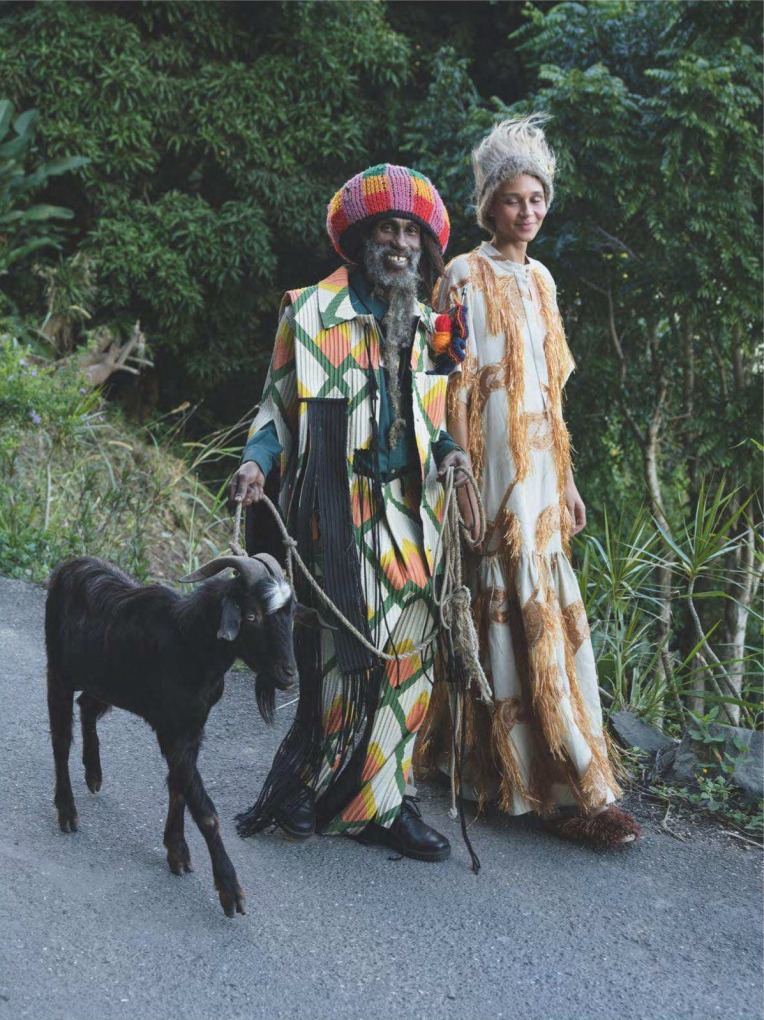 Tim Walker always does THAT. Magic, they say. 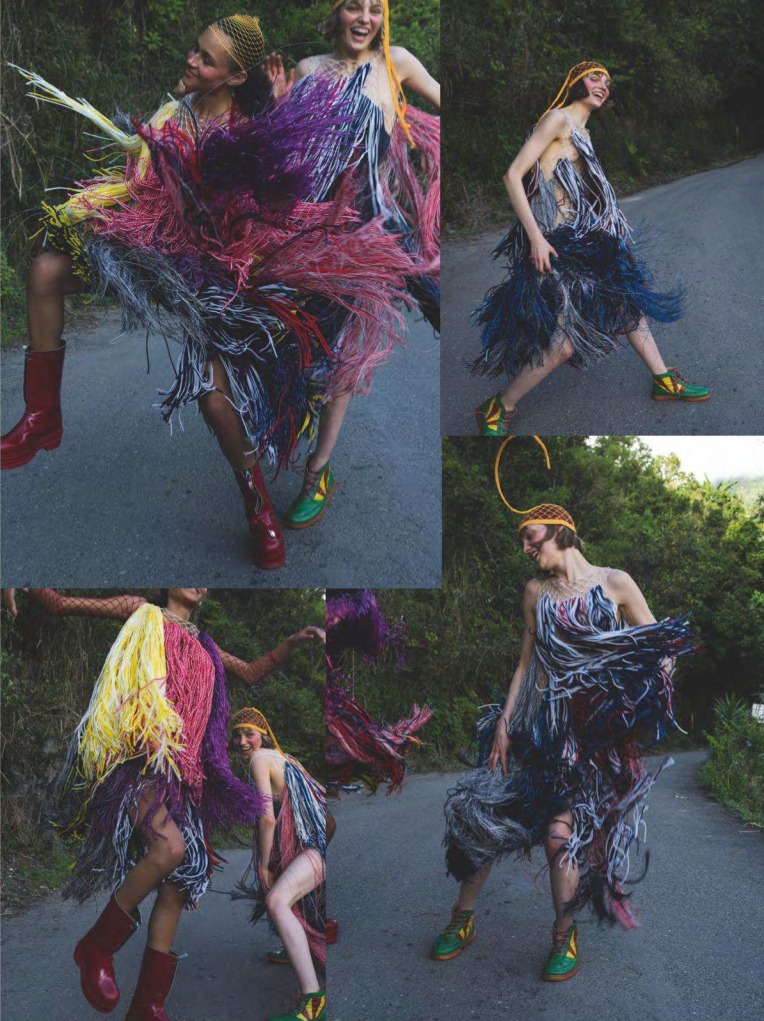 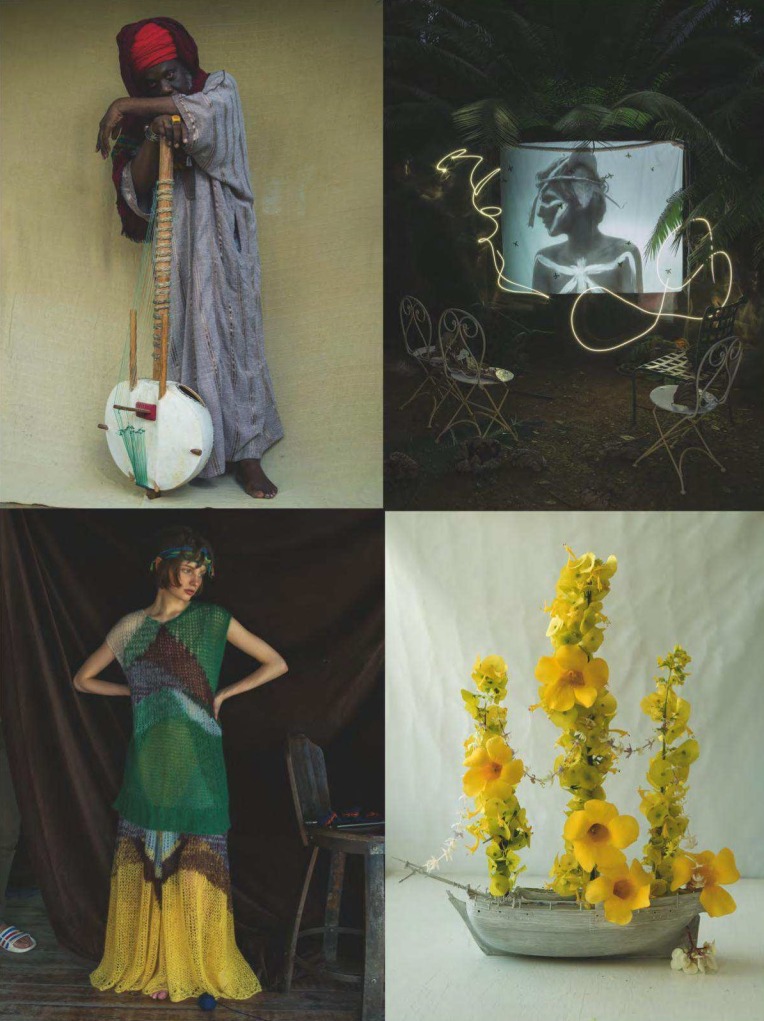 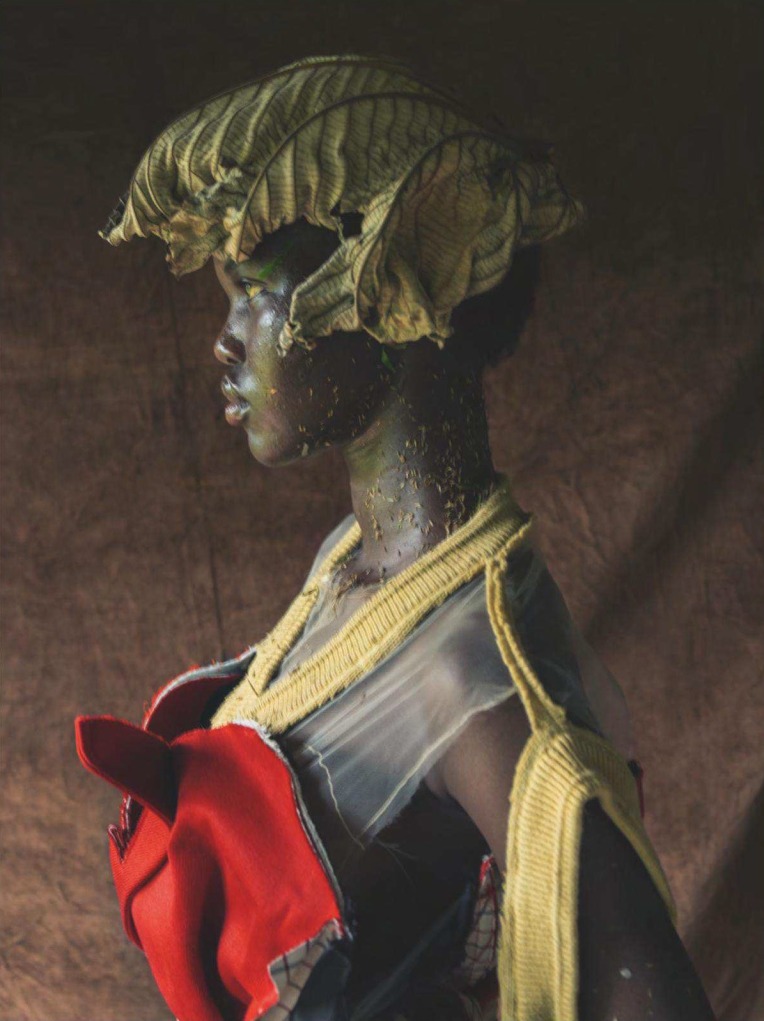 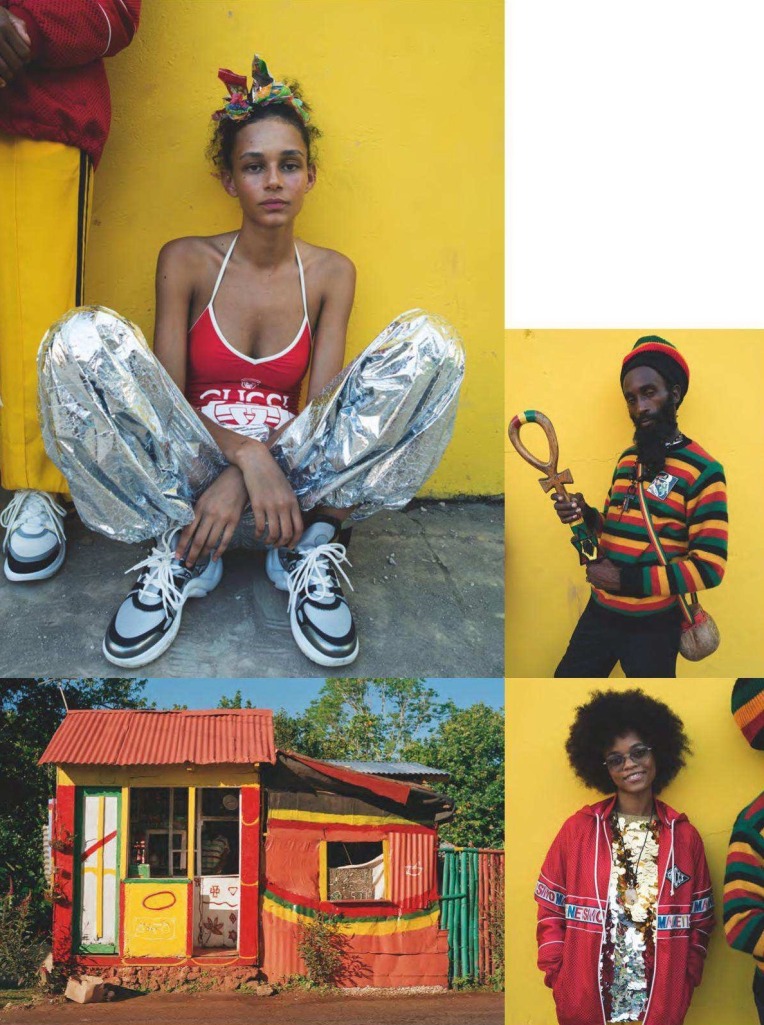 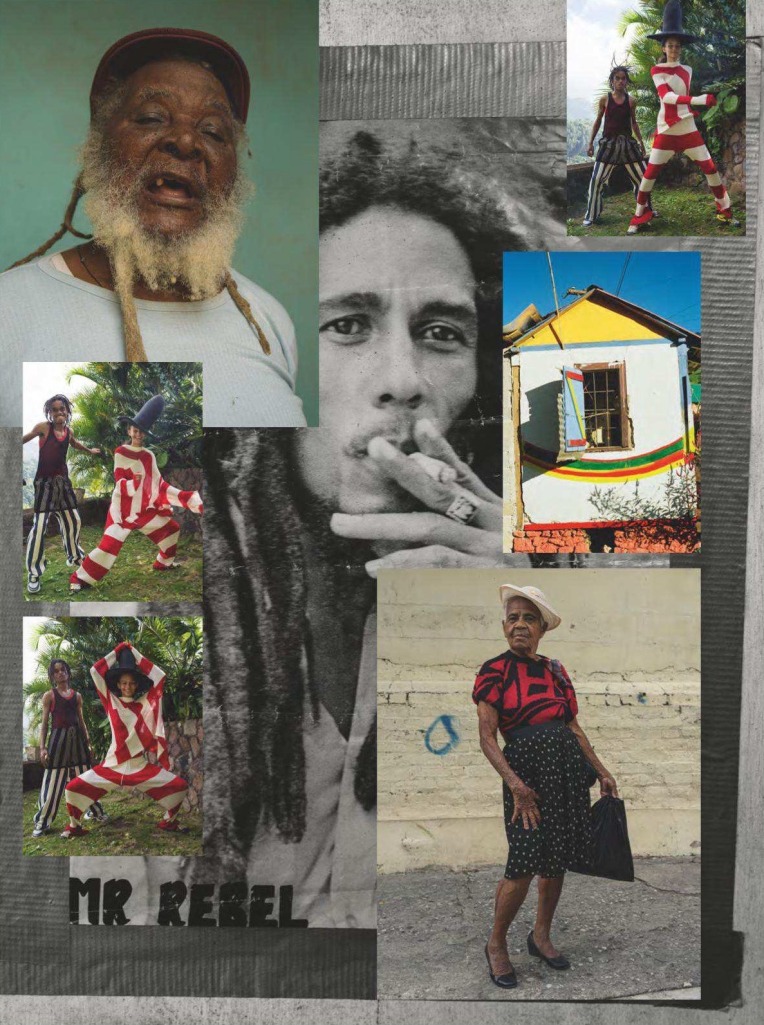 Although these are only the backstage images from the actual shoot, this steamy hot preview can’t be ignored. You might have already heard that Tim Walker was chosen by Pirelli to collaborate on 2018’s calendar. One thing was sure since the appointment became public – those wouldn’t be bombsell nudes, but twelve, extremely far-fetched visuals.

The casting is all-black and inovolves people from all walks of life. Designed by Shona Heath and styled by Edward Enninful, 2018’s calendar is all about the tale of Alice in (Walker’s) Wonderland. So, who plays whom? RuPaul is The Queen of Hearts, Lupita Nyong’o has the role of The Doormouse, Lil Yachty acting as The Queen’s Guard, Whoopi Goldberg portraying The Royal Duchess, and model Duckie Thot playing the titular Alice. There’s Thando Hopa (South African sexual offence lawyer turned model, who has albinism). There’s Puff Daddy (!). There’s Slick Woods and Adwoa Aboah. And there’s Naomi Campbell. “I’m the beheader: I chop people’s heads off. And I like it,” the supermodel declares. She continues, saying “this calendar is gonna be a historic calendar. It’s gonna go down in the history of Pirelli. It couldn’t be more balanced and diverse which is something we all strive for each day. And Tim, we love you, you’re a hero and this is gonna be the best calendar ever.” I love him to the moon and back too, Omi. Can’t wait to see the entire shoot! Creativity is our power. Thank you, Tim.