I’ve discovered Veronique Vermussche‘s label Tuinch last season and I tell you, this is love at first sight! Each season, Vermussche travels from Belgium, where she lives, to the mountains of Kashmir and Tibet on to procure world-class cashmere from local artisans she’s built long-standing relationships with. For spring-summer 2020, meet some of the most luxurious knitwear goods you’ve ever seen. The collection brings hand-knitted skirts and dresses to the line-up of timeless sweaters that will serve you for years to come. The open-weave wrap-knit sarong skirt, complete with leather detailing, is the collection’s biggest highlight, just as the tasseled cotton-wool cape. It’s a summer look-book, so no wonder why the designer tries mixing linen and silks with her ribbed cashmere knits and wool maxi dresses. The warm, earthy colour palette is eventually contrasted with pastel shades that pop up in the details. Artisan, top notch quality and seasonless: that’s sustainability, too. 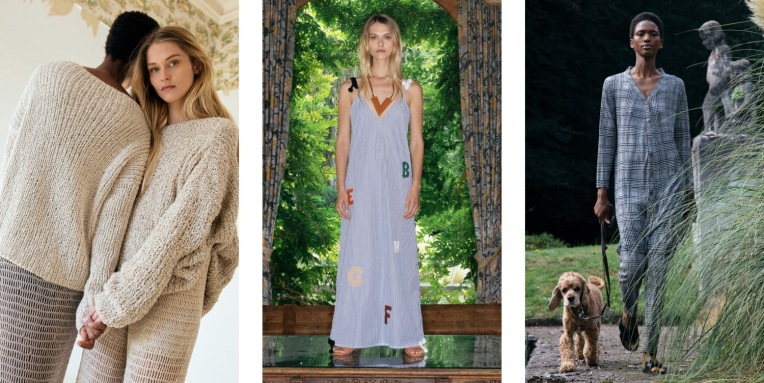 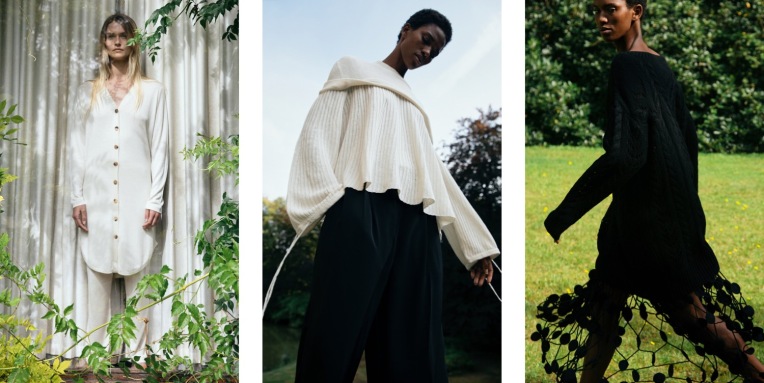 Marco Zanini‘s name-sake label – Zanini – is the antidote for seeing too many big brands with their four or more collections a year that, simply speaking, lack any substance. Zanini is a quiet mega-talent, whose aesthetic and precision in making clothes isn’t based on random references and muses. His clothes are of the best possible quality, they are luxurious, but in a peaceful, logo-less way – they are investment pieces. His debut, autumn-winter 2019 collection, was a promise of great things to come. And here we are in the spring-summer 2020 season, and Marco impresses even more. All of the materials were uniquely developed for him, from the “crispy” checked cotton of a smock dress to the super-deluxe washed ivory satin of a tank dress, double-layered for ease of wear and comfort. Zanini pays attention to the smallest detail: the way a coat sleeve gathers at the elbow; the tie at the back of a mannish jacket that creates a womanly hourglass shape. The designer’s point of view has been at least partially formed by his roots – he’s Swedish on his mother’s side. “Scandinavia is in love with little details that you could call nothingness,” as he puts it. “But they are everything to me.” Love. 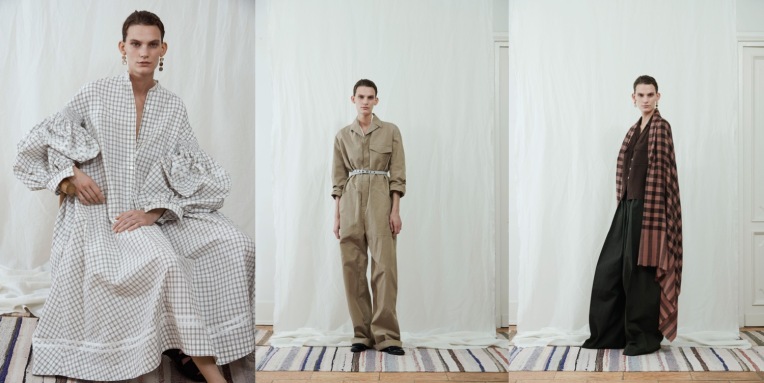 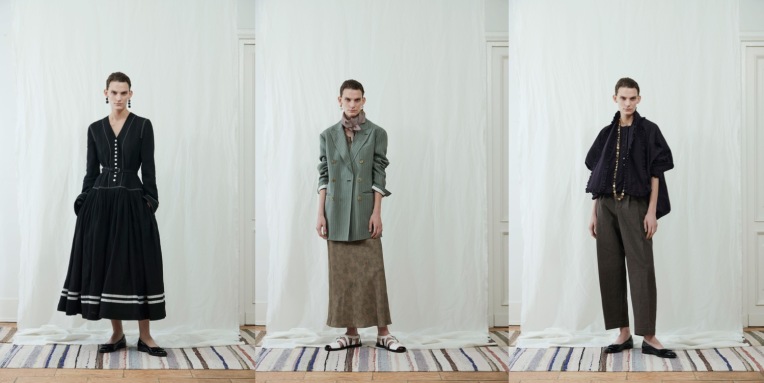 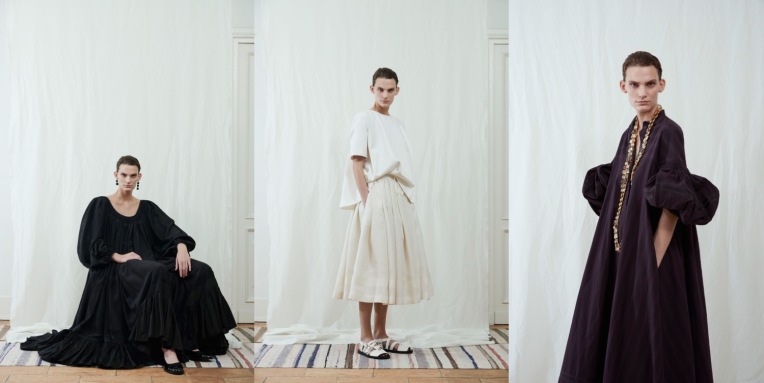 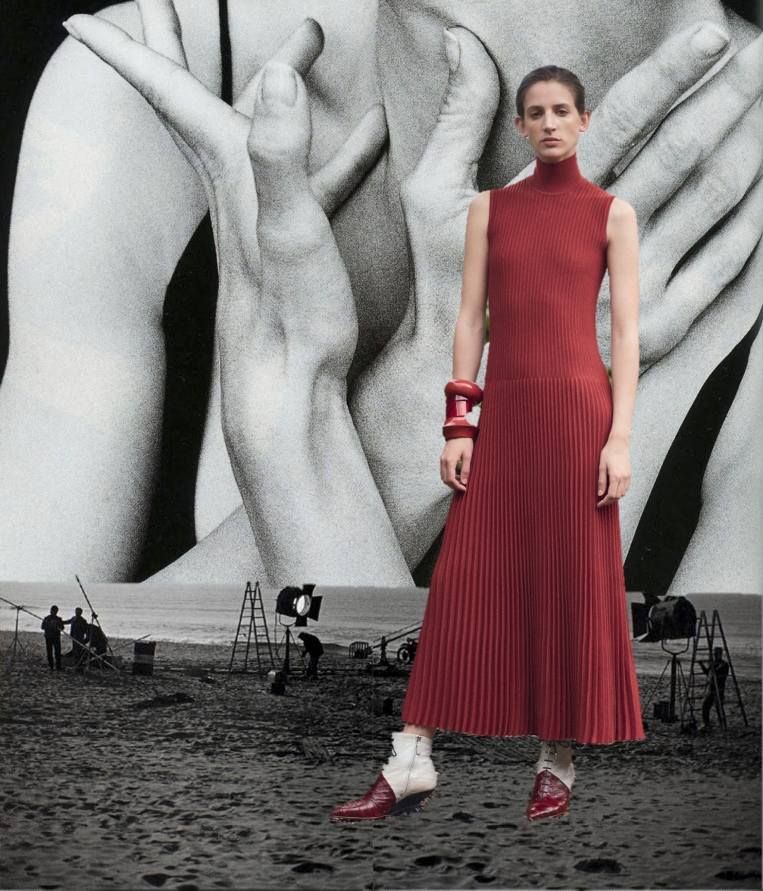 It’s the second season of Salvatore Ferragamo‘s re-invention for Paul Andrew and Guillaume Meilland. The two designers managed to wipe off the dust of the Italian house already back in their brilliant debut collection. Now, the question is – will they thrive? And, will the client return to Ferragamo after the year of oblivion? Well, since Phoebe Philo exited Céline and the customer who wants that kind of luxury won’t stay for Hedi Slimane, they can turn to Andrew and Meilland (as well as to Lemaire and Hermes, but why not give a try to an Italian brand?). Knitwear is offered in the most high quality yarns, meanwhile shirting looks, well, like tailorship perfection. Archival prints were used for plissé silk, and the label’s signature Gancio motif was woven on canvas jacquard. Smart integrity between the past, and now. But, wait – the shoes! That’s Paul’s job mainly. Those burgundy boots in eel skin are gorgeous. “The shoes really dictate a lot at Ferragamo; here they have their own special voice” is how he summed up the footwear line. I think there’s bright future for Ferragamo with these guys. 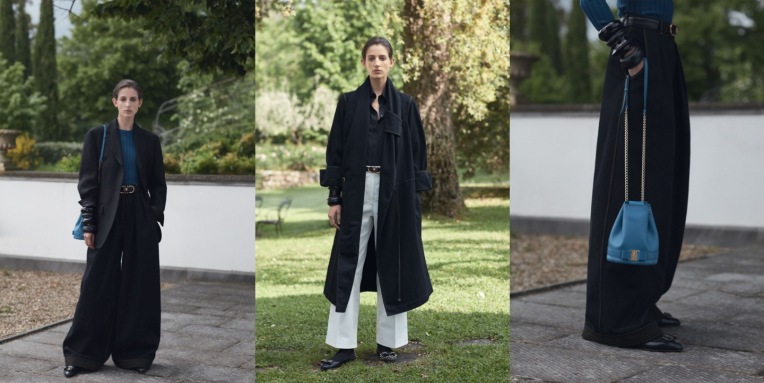 It’s funny that Martin Margiela‘s tenure at Hermès suddenly appeared on everybody’s lips after this year’s exhibition at Antwerp’s MoMu It took nearly two decades for the fashion industry to wholeheartedly appreciate the Belgian visionary’s contribution at the maison, that’s probably most associated with very-rich-women kind of ‘luxury’. At his eponymous label, Maison Martin Margiela, the famously anonymous designer used to redefine such terms as ‘avant-garde’ and ‘minimalist’ in one single garment – meanwhile at Hermès, it was a different philosophy. Tranquil, understated and low-key – that’s how the guests of his shows at Rue Saint-Honoré flagship store (12 in overall, between 1998 and 2002) described the atmosphere. So were the clothes, kept mostly in black, beige or navy. Fashion tends to forget its references, and as you can clearly see in images below, it wasn’t Phoebe Philo at Céline, Christophe Lemaire (he designed for Hermès before the current creative director, Nadège Vanhée-Cybulski) or The Row who were first to decide on making a perfectly tailored camel coat the focus of their collections.

For Margiela, ready-to-wear with a Hermès tag had to be of the best quality materials, made with the biggest attention to details (no flashy embroideries meant here) and with the aim to be worn for the next 20 years. This is what actual ‘luxury’ in fashion meant to Martin, even though he would never use that stabby and deprived of its meaning word. For a brief moment, Hermès was more than fancy foulards and bags (note: for spring-summer 2000, Margiela casted Jane Birkin as the show’s model, making a nod to, guess what, the Birkin bag). It was about the clothes, too, and very well constructed clothes: warm cashmere sweaters, crisp white shirts, masculine blazers, eternally chic black gowns. And sneakers – remember, we’re speaking of 90s / beginning of 00s, when only stilettos mattered on Parisian catwalks. There’s no surprise his shows weren’t received that well. Many thought that Hermès was just ‘boring’ with Martin’s conservative approach: those were the 90s, after all, and fashion loved FASHION. The time has shown, however, that those who bought Margiela’s Hèrmes were the smart ones. Finding pieces from that era is quite a struggle, and when you find anything, the prices are killer. Martin Margiela is an acclaimed designer for more than one reason, but his underrated creative direction and aesthetic at Hermès is… timeless. 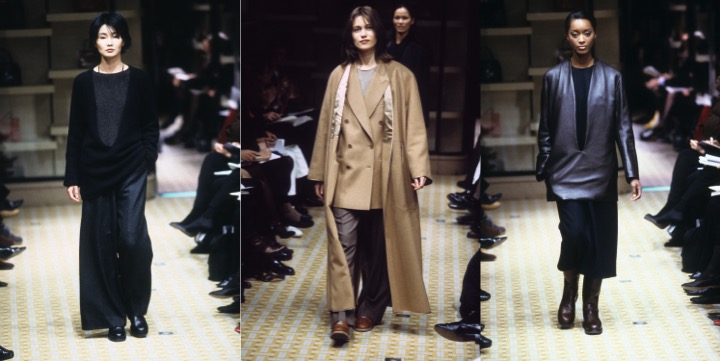 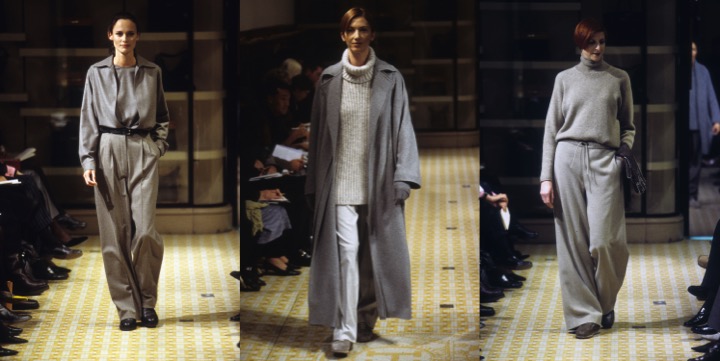 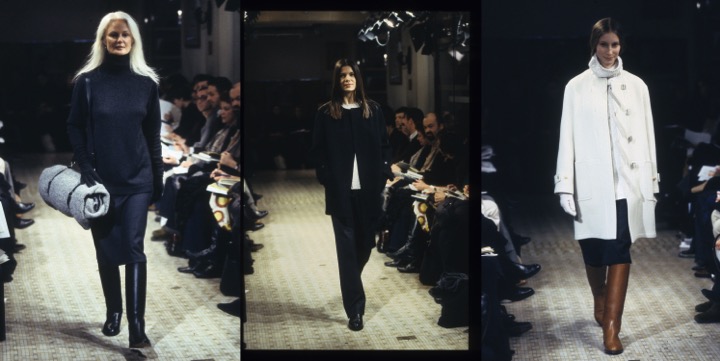 About the autumn-winter 2017 line-up – you just feel it’s a collection created by two individuals, who are in a passionate relationship! It’s impossible not to fall in mutual love with those easy fur dresses and shawls, statuesque dresses or  fleecy, soft knits. Rustical prints on pencil skirts and belted beige cardigans remind me of early Ralph Lauren and Donna Karan. It’s an all-American, luxurious wardrobe of a woman, who knows what she wants from life. She loves everything about the word ‘comfort’. But Kristopher’s and Laura’s fashion isn’t exactly falling into that well-defined box of New York-based designers, who  are pure minimalists and less-is-more fanatics. The new collection is filled with more flirty options, like strap dresses or chic leopard-printed coats. That’s why I listed Ralph above – Brock Collection smartly conveys ageless elegance, but to contemporary times.

There’re no other American brand like The Row. The New York-based label is far from ‘contemporary’ or ‘casual’. It’s a luxurious of reflection of Mary-Kate and Ashley Olsen‘s aesthetic, which rather targets mature, intelligent individuals, rather than Insta-models. When the designers started The Row (named after London’s Savile Row, not by coincidence), the sisters didn’t look to any brand for inspiration. It’s has always been about quality and fit for them. The Row is a pretty young brand, though – but thanks to its philosophy and minute attention to detail in anything, it quickly appeared in the league of such minimal-luxury brands like Céline, Lemaire, or even Hermès.

No wonder why – just have a glance at The Row’s resort 2017 collection, and you will understand why the label has become fashion industry’s obsession. The look-book of just 13 images features (un)usual models: nearly 50-year-old  Frederique Van Der Wal, iconic Audra Avizienis, intriquing Olga Sherer and a newcomer, Jada Joyce. Those four women represent different ages, and that’s the silent message behind the collection. The coats and other outerwear pieces are timeless, just like black cashmere turtlenecks or fur-lined suede loafers. Sensual lingerie isn’t an intepretation of the slip-dress trend, but a new addition to the brand’s range. Impossible not to love it. 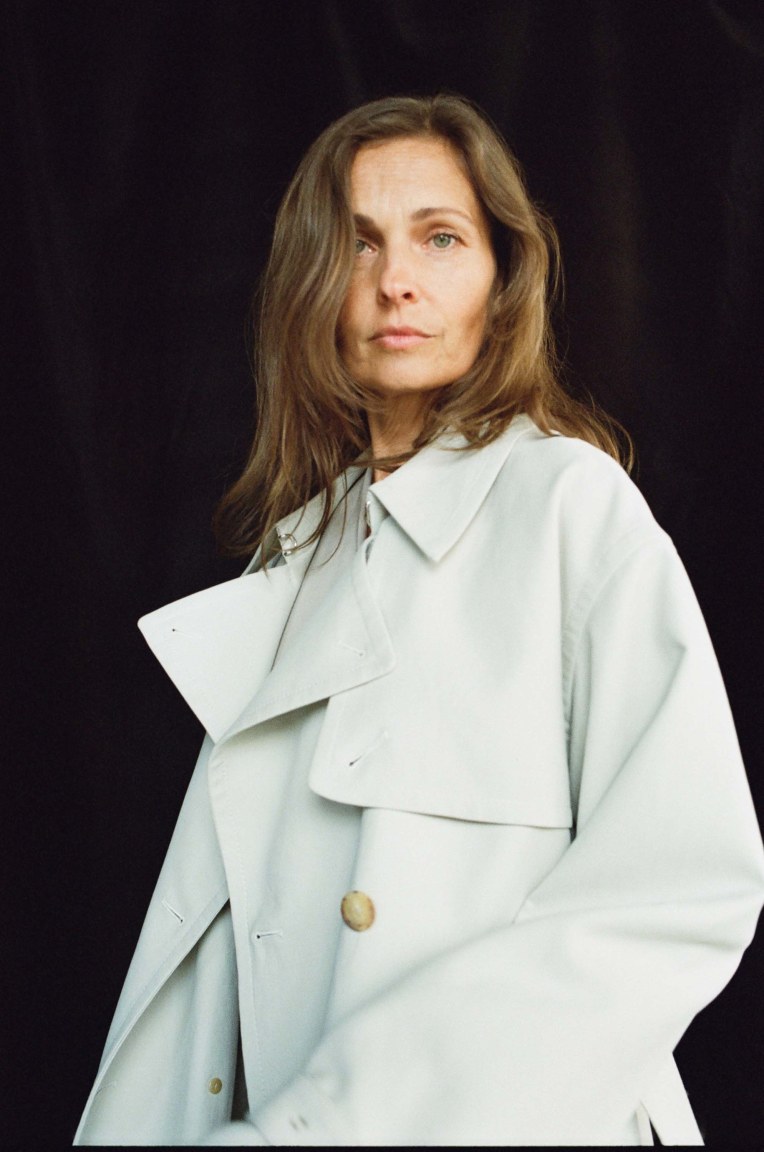 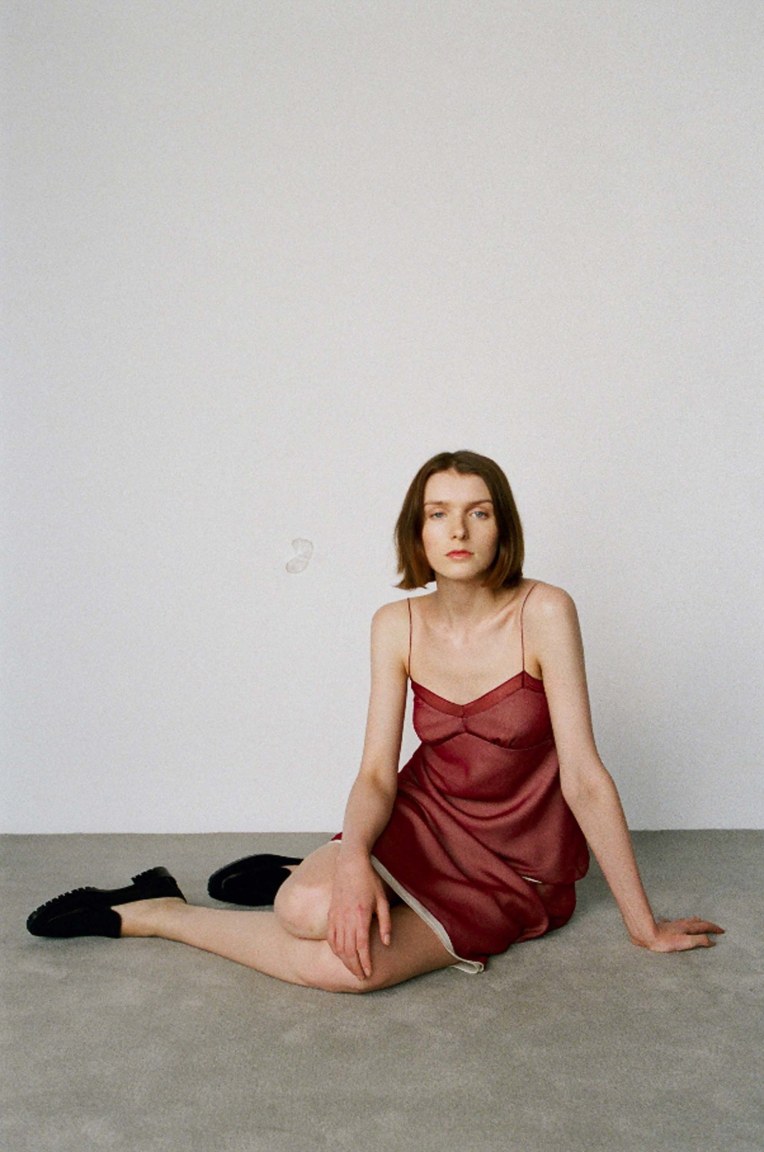 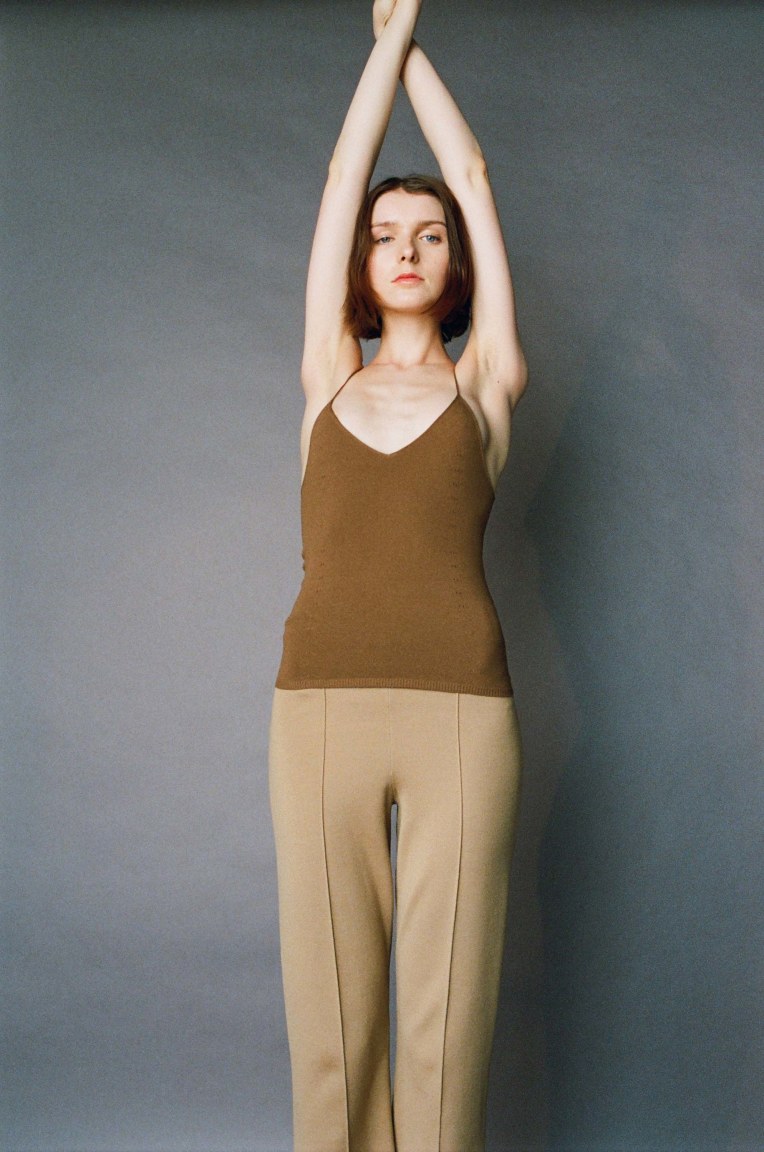 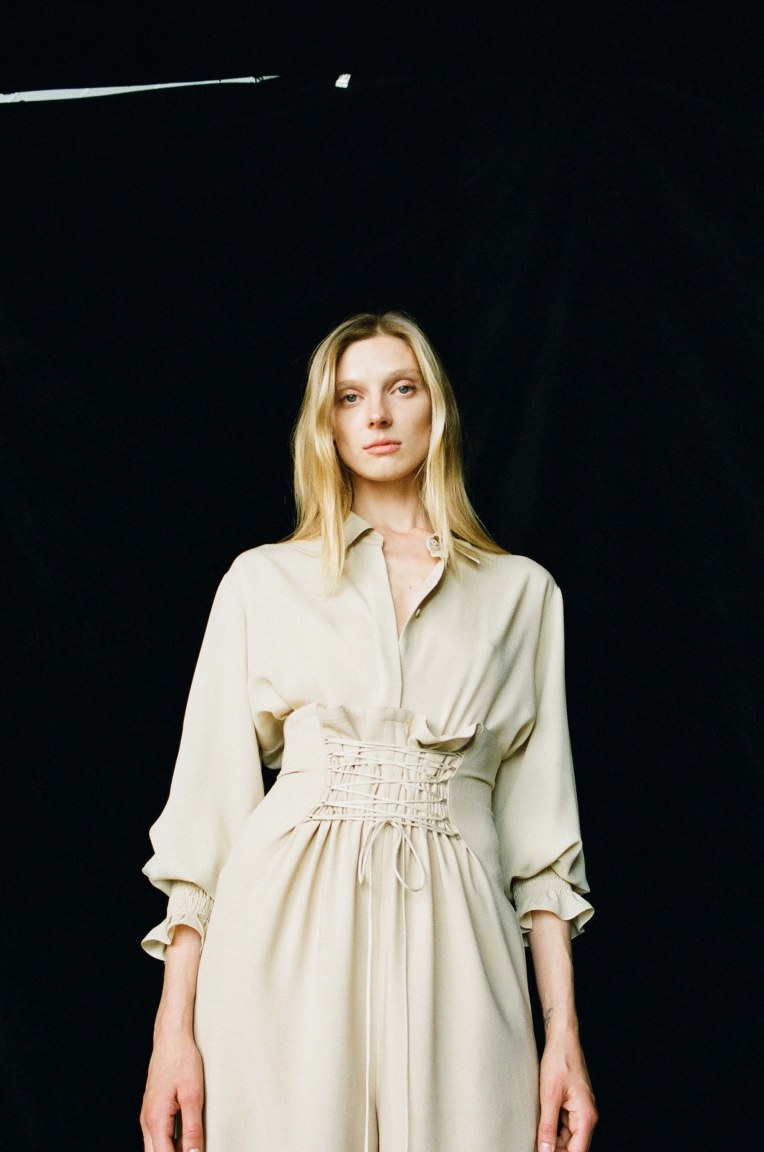 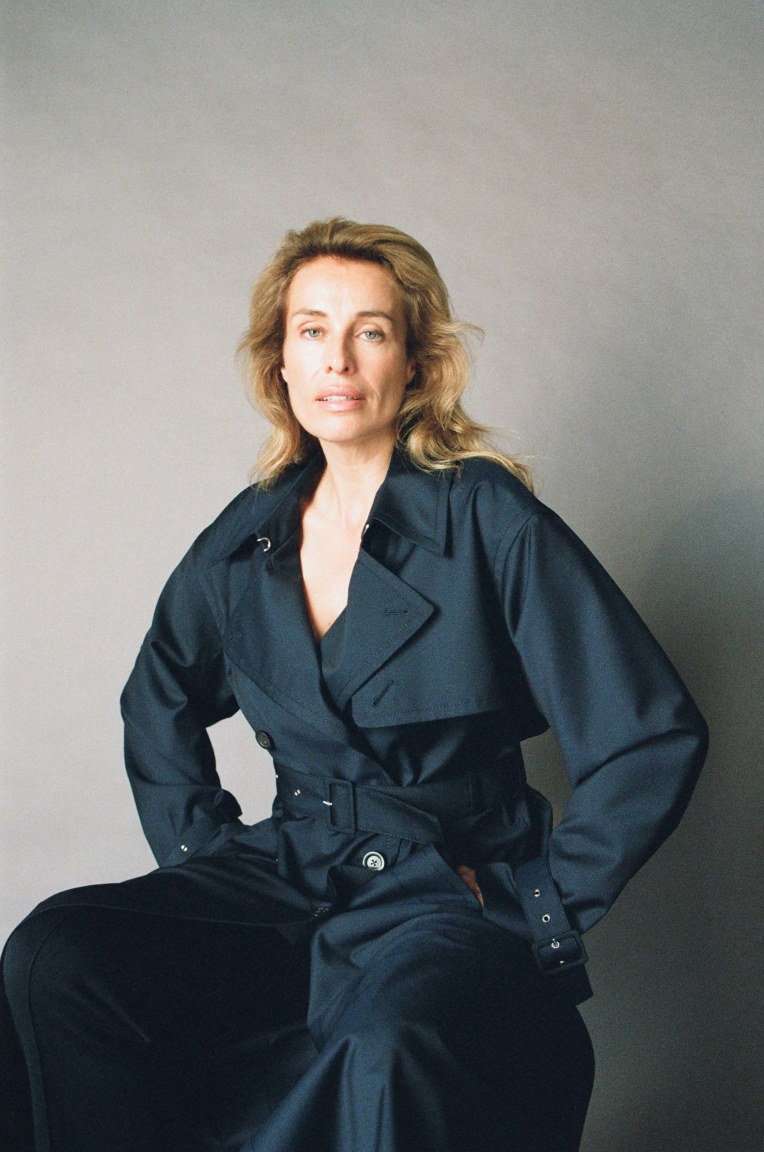 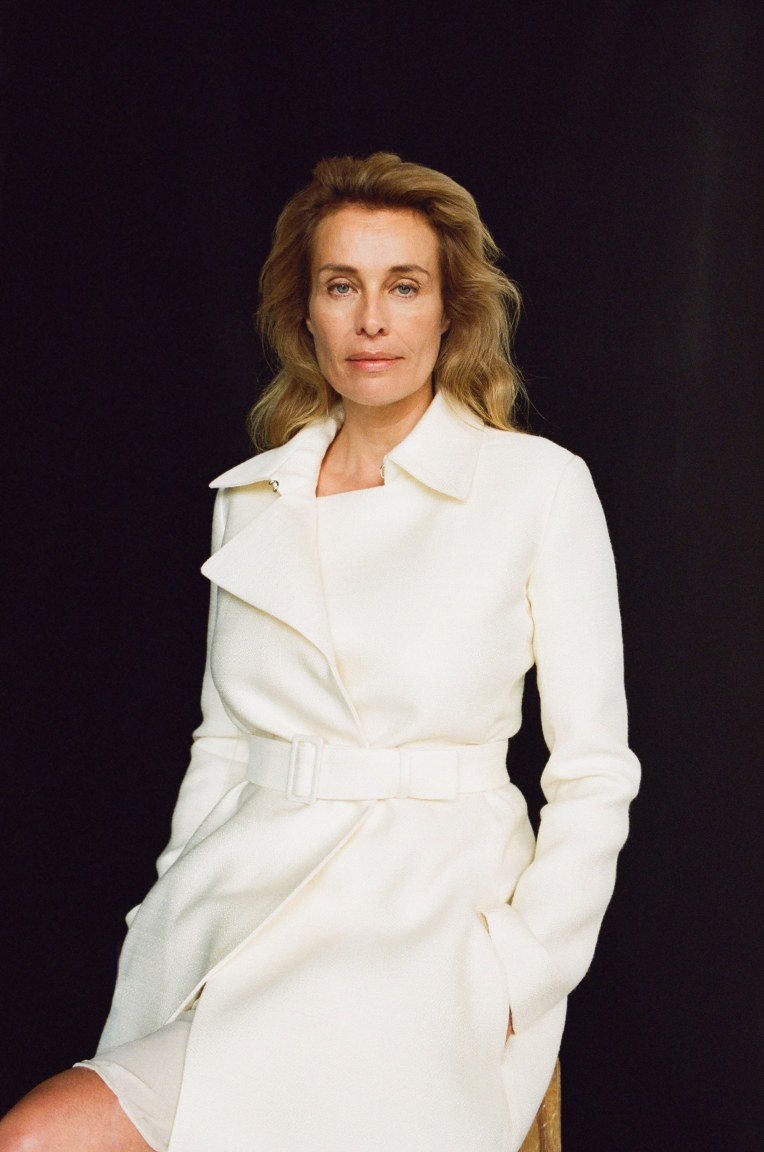 Loewe by Jonathan Anderson isn’t another episode about an up-and-coming designer taking a big, heritage brand under his wings. It’s already the fifth season delivered by this fascinating, Irish designer, and it seems that with every collection, Anderson makes the house feel like his own universe. Jonathan doesn’t only focus on the accessory range, which continuously expands with new additions; he makes the ready-to-wear part an obsession of every fashion editor, and you will surely find the industry insiders storm Loewe’s store (along with Balenciaga) this season, and the next season.

What really makes Anderson’s Loewe so desirable, but at the same time far from mainstream, is the mood. Whenever I see a Loewe model on the runway, I have in mind a picture of middle-aged, Mediterranean raised woman, who lives in a modernist villa filled with contemporary art and biscuit-beige floor-covering. However, it’s not a film still, but rather a realistic vision of Loewe client. That’s why Loewe isn’t a pattern for Zara and H&M – it’s just too sophisticated and too multi-faceted to be copied by someone who doesn’t understand it.

At his namesake brand, Jonathan is known for precision in everything he does. At Loewe, he’s a creative director who, in comparison to other creative directors, actually has control over everything, from the stores’ furniture to perfume package. Thanks to that, Anderson focuses on every single thing, even the tiniest detail like a bag’s texture. “It’s a textured carpet, so we put it on suede, then we flocked it and then we washed it so you get it flat, yet it still feels soft to the hand,”  is how he described the leather he decided to use for a new bag silhouette. The collection itself also took a thorough look at extreme workmanship and a sense of craft. “Torn” seams, loosely fitted collars and intriguing closures, among other details, were telling a story of highly sensual, super-organic clothes. Eclectic jewellery, featuring bat necklaces or ikebana-inspired flower bracelets, reassembled souvenirs from luxurious, oriental voyages. There are no themes in Anderson’s collections for Loewe. You can love it, or not. 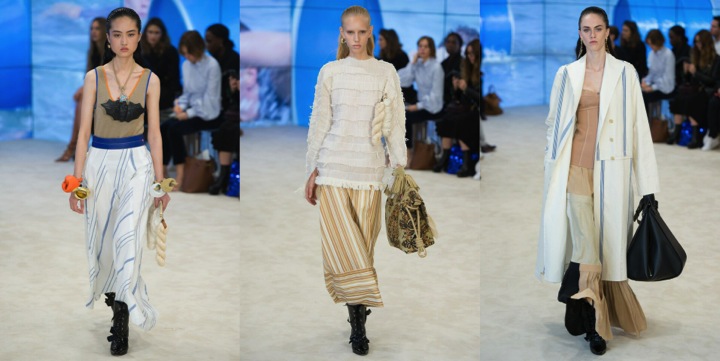 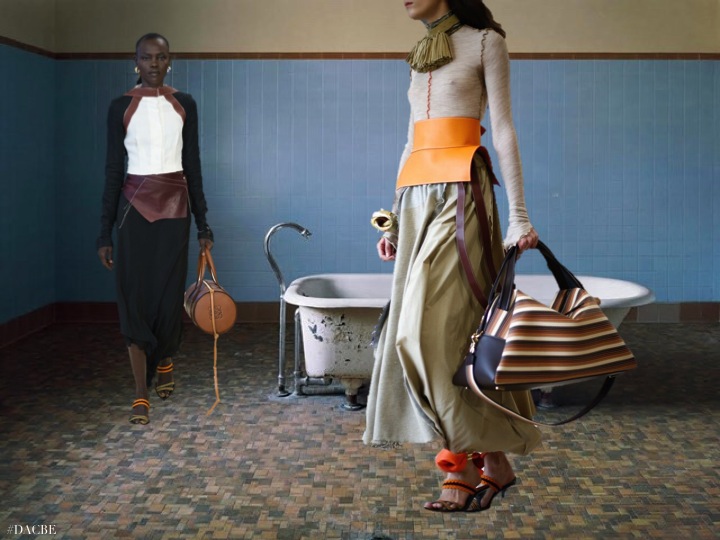 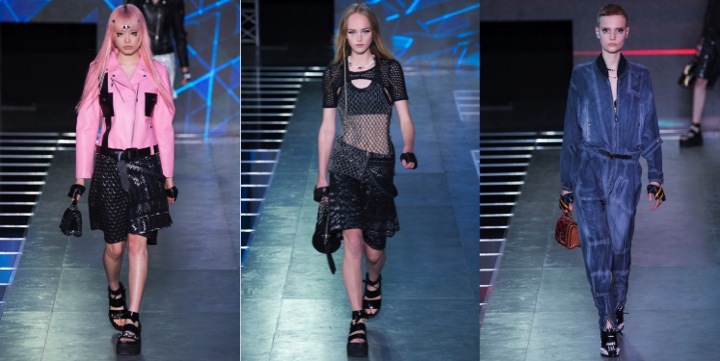 Spring-summer 2016 season at Louis Vuitton is his best to date. Nicolas Ghesquiere really did show his refreshing stance at the maison – cyber luxury is the best term that reflects the mix of exclusive logo prints and pink-haired model wearing highly hype (whatever this means nowadays) clothes. Nicolas definitely had Japan on his mind this time – the Harajuku girls with manga-inpired robot tiaras and platform sandals make this collection sharp, but with a slight bit of kawaii flavour coming straightly from Tokyo. However, the collection had something more ethnical, too – note the lovely hand-stitched embroideries on suede biker jackets below. Or the feather details on mesh tank-tops and badass gloves. This how you do ethno, Valentino – keep it discreet, but appropriate. But what really hit me this time, is the amazing talent of fusing fashion history that the designer is known for – the Victorian blouses with leather vests and medieval inspired gowns have never, ever looked so modern as in Nicolas’ vision. These shirts, dresses, motorcycle leggings and, yes, jumpsuits (!) are highly in need. Also, I am drooling over these leather, pleated totes – the beauty of these accessories makes them conceptual objects, rather than just “bags”.

Ghesquiere, and his model casting director, Ashley Brokaw, have the most diverse set of girls during Paris Fashion Week. Louis Vuitton is a world-wide  known brand, and it should be praised for having afro, bald, mullet and even pink-haired models (so Grimes, Nicolas’ muse and favourite musician of the moment!). Thanks to Nicolas Ghesquiere, Louis Vuitton became a label, that is more than clothes and a vast range of accessories – now, Louis Vuitton is an open-minded, lifestyle project. Bravo! 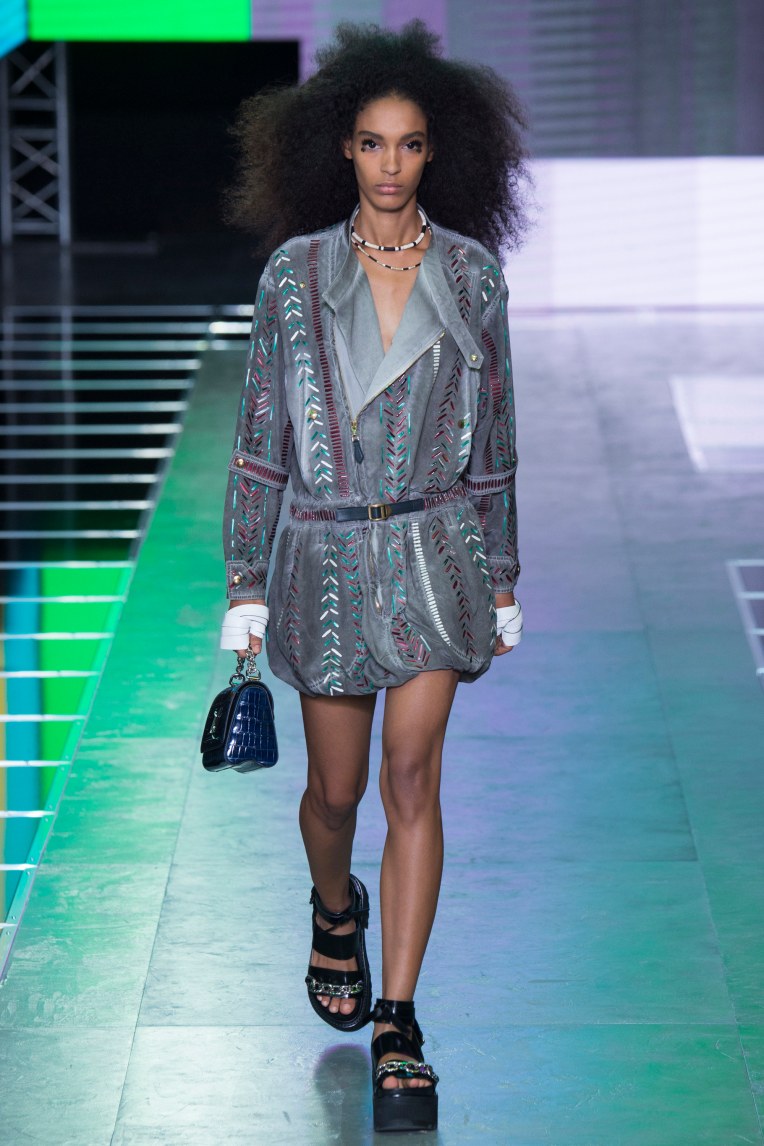 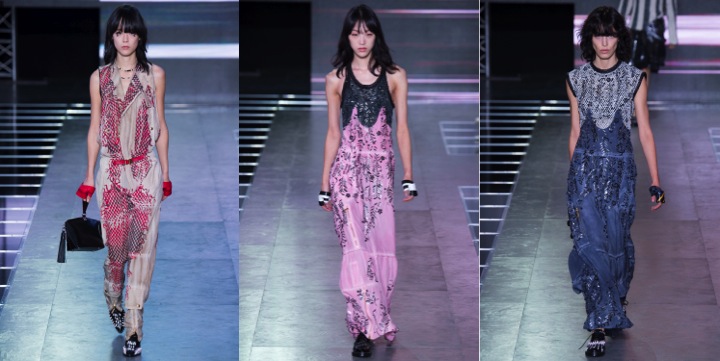 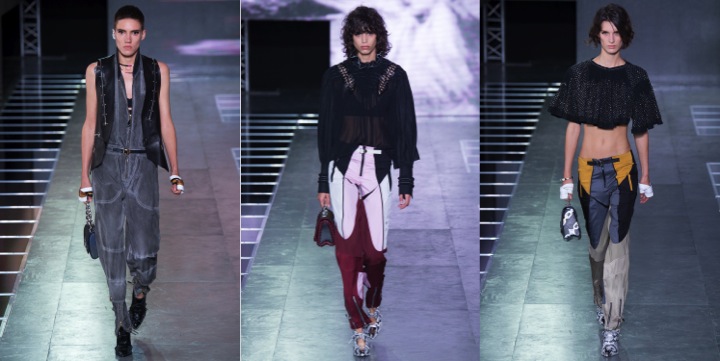 Pablo Coppola is the man behind Bally revamp. This Swiss brand has never been so anticipated during Milan Fashion Week. Their calm, but sophisticated presentation concentrated on the garments made of the best quality leather – coats, jackets and accessories are the biggest assets of Bally at the moment. The simple, maxi dresses look effortless just like other pieces. Although the spring-summer 2016 look-book with Issa Lish and Jamie Bochert is a bit of a yawn, the plans for the brand’s new image in the fashion industry are impressive.