Although Jun Takahashi‘s autumn-winter 2019 Undecover collection was built around Stanley Kubrick’s ‘A Clockwork Orange‘ (the protagonist’s face appeared few times on duvet jackets, knits and socks, while some of the models carried matching canes), there was much, much more to the outing. Beethoven and Edgar Allan Poe appeared in the season’s main graphic, abstractly mixed with an UFO spaceship. This brings us to Jun’s friendship with Valentino’s Pierpaolo Piccioli, who used the same prints in his latest menswear offering (which was presented the same day) and labelled most of the pieces as ‘Valentino Undecover’. But wait. There was also the invitation that featured Caravaggio’s Supper at Emmaus. Some of the pieces were labelled with words (in phonetic Russian), like sabog (boot) and prestoopnik (criminal). Criminal? The feathered masks could have been some sort of dramatic, yet very chic, robber look. But the hats with a single, coloured feather? More of a muskeeter. And no, you don’t have to really comprehend all that or truly understand what’s the connection. The Japanese designer, who is known for balancing authentic streetwear with avant-garde, took us on a travel that’s above time and dimensions. The garments and accessories, from cable-knitted epaulets and sweatshirt-jumpsuits to heavy trekking boots and corduroy total looks, are heaven. And the finale, featuring only all-red looks, might have been a metaphor of hell, but the one with very good-looking demons and devils. 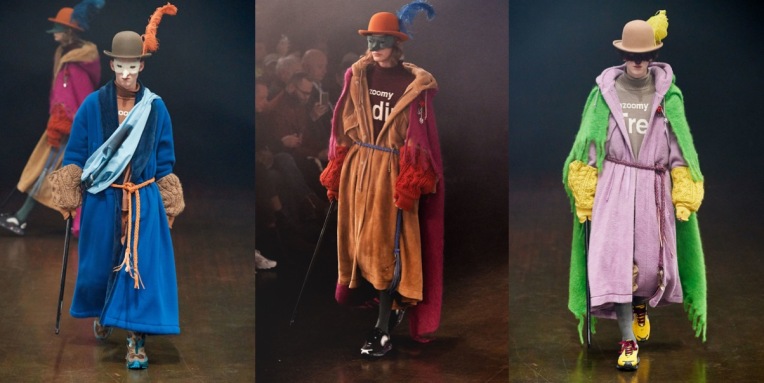 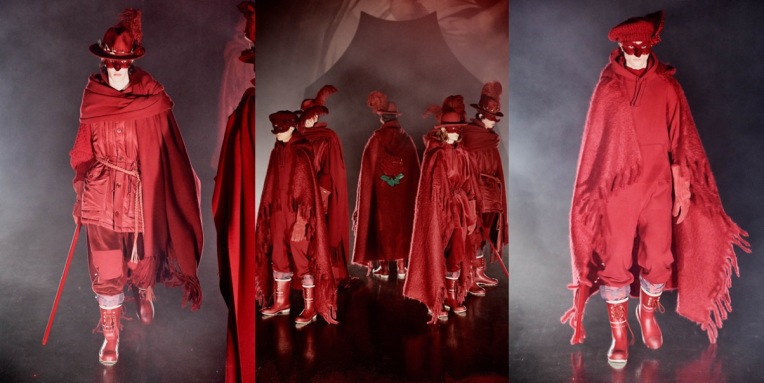 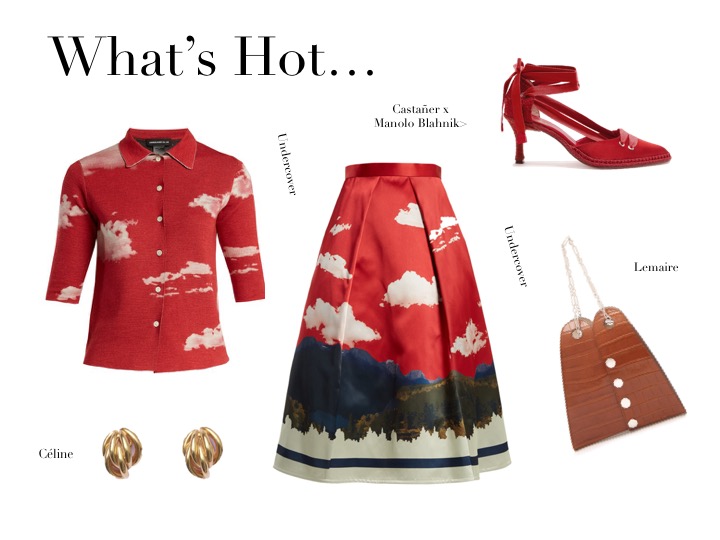