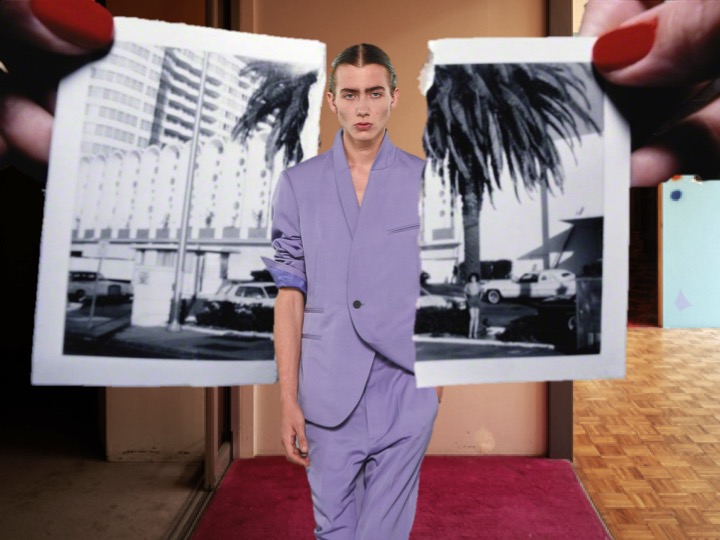 Haider Ackermann cuts a suit like no other. The lilac one (pictured above) worn by runway favourite Paul Hameline is defining the term soigné in menswear. It’s simple in its form, but decadent, noting that the model wears it on his bare body. But this wasn’t the only highlight coming from Ackermann’s spring-summer 2018. Pin-stripe goes laid back with the designer’s to-die-for blazers and pantalons, while the creamy tank-top styled with nonchalantly tied scarf feels eternally chic. The women’s part (understood as resort 2018 segment) is as desirable as the men’s summer, with lots of seductive flesh exposing and cropping. Haider, this one’s so good! 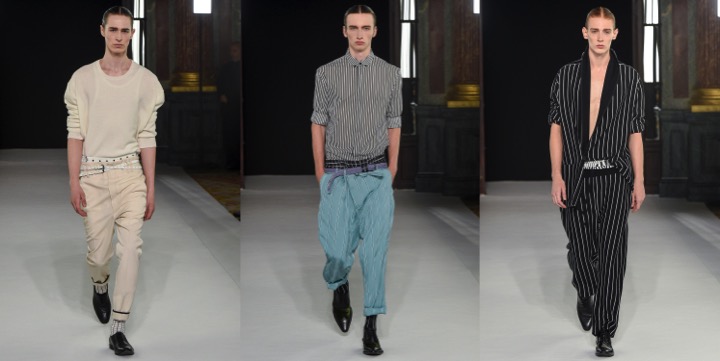 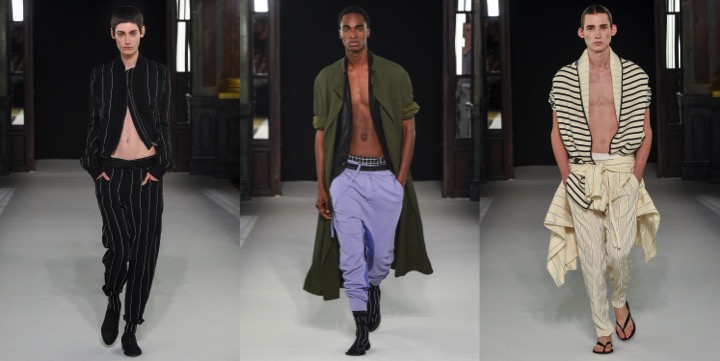 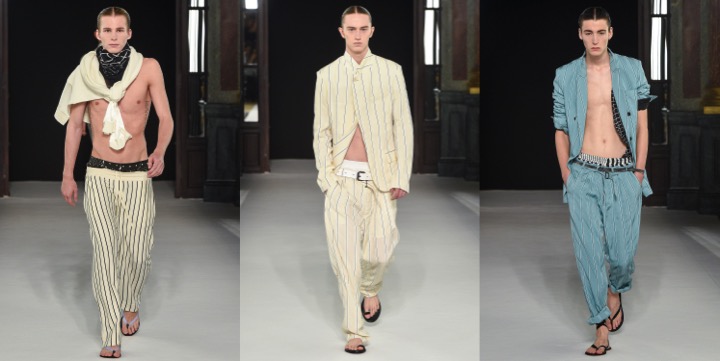 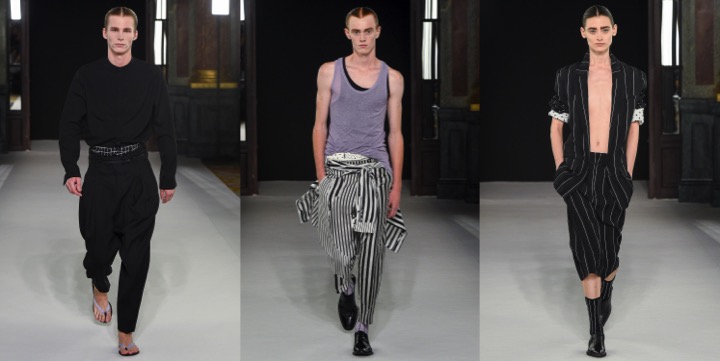 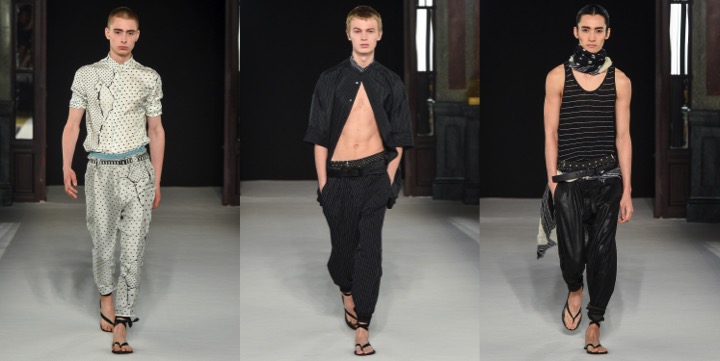 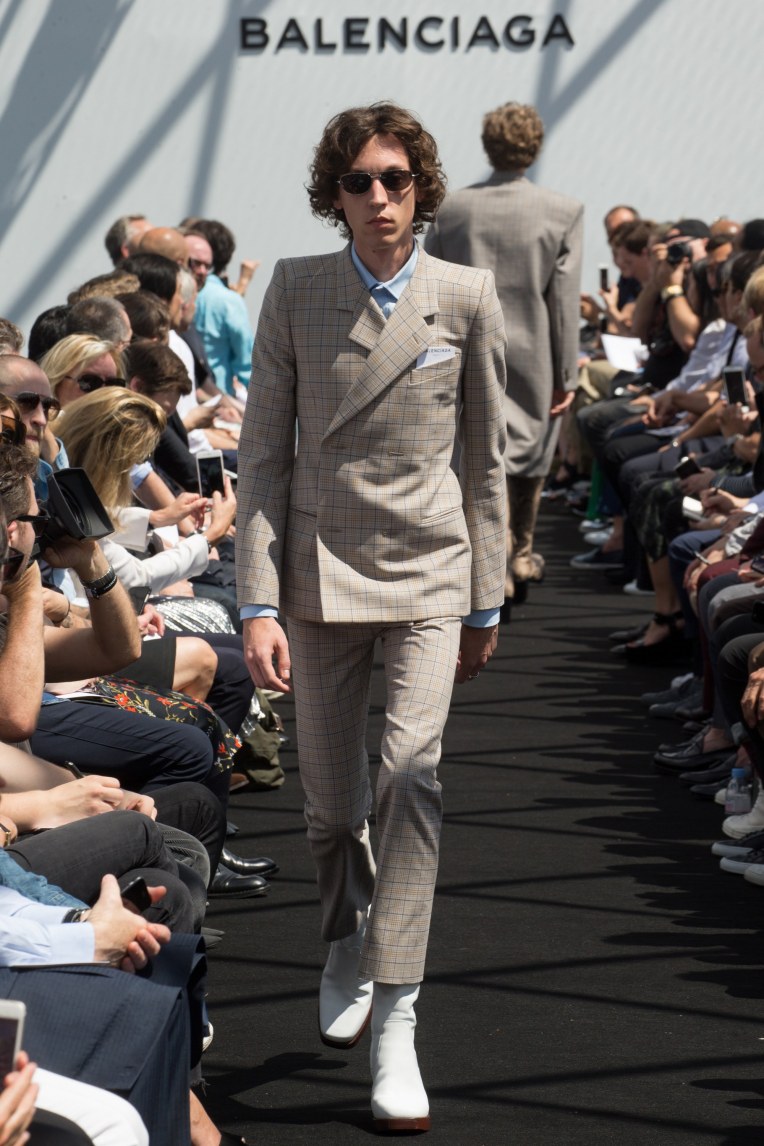 Demna Gvasalia‘s appointment at Balenciaga is groundbreaking from the very first collection for women’s autumn-winter 2016, which we all experienced at the beginning of March. New silhouettes, new youthful concept, the underground, Vetements attitude already storms the editorials and modifies the way we see fashion in 2016 – but nobody expected that the biggest shock would have come within Gvasalia’s first men’s collection for the house.

Firstly, it’s not just another menswear collection. It’s the first runway collection by Balenciaga which presents menswear; secondly, it was a tribute to Cristobal Balenciaga, his life and his creative legacy. In his first months at the brand, Demna was a tourist in Balenciaga historical archives, and one specific piece became the main reference for the entire, spring-summer 2017 collection. A coat. Or rather, the coat, which was Cristobal’s own, made by his own hand. In fact, he never finished it. And surely, he would be surprised to hear that after many decades, his Georgian successor is about to make his forgotten coat an object of desire. The first look defined the silhouette of this particular coat – tailored, yet strongly exaggerated in the shoulders. And a fitting card put in breast pocket (an unexpected, small gesture which nodded to the past of bespoke, couture tailoring for men). A fitting card used to hold the information of old clients’ measurements – and dimension is something that’s absolutely revisited by Gvasalia. While the coats were colossal in volume, extremely slim suit pants were cut on the knee, distorting any proportions left. The look got even more peculiar with python leather shoes or orthopaedic white boots. That was the “formal” part of the collection, if you can say that Uncle Fester’s look will fit your business lunch. 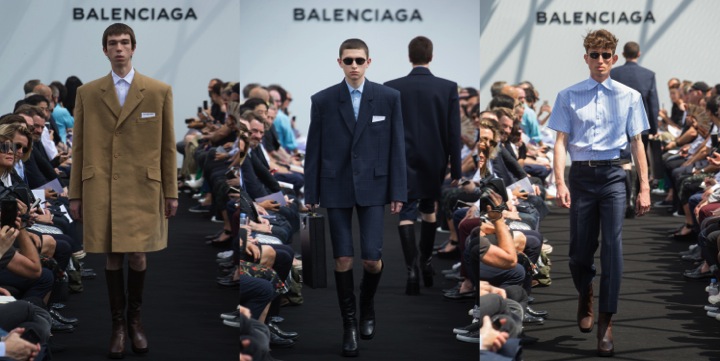 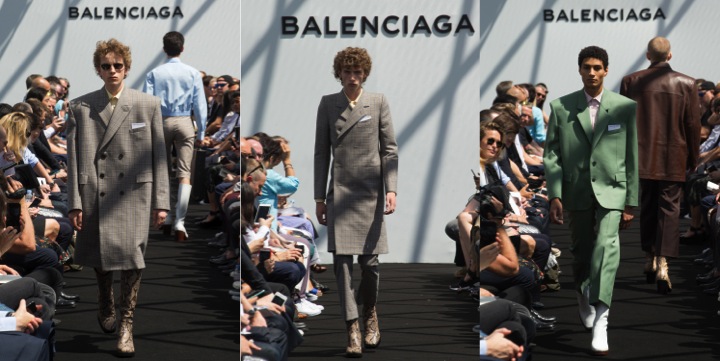 The mid-looks of the collection were more about Vetements, I would say, with varsity jackets (of course, the shoulder were big, too) and baseball caps. The over-sized pants were styled with ribbed knits, and one of the all-black outfits felt like Gvasalia’s friends (Lotta Volkova and Paul Hameline) choice for a stroll to the market, with a huge, bold yellow “shopping” tote. Parisian cool with post-Soviet vibe. Yes. 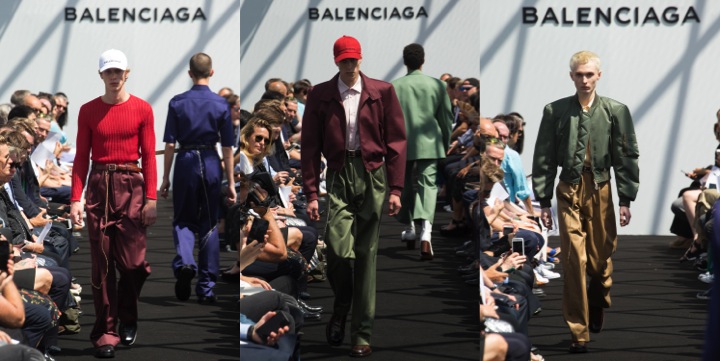 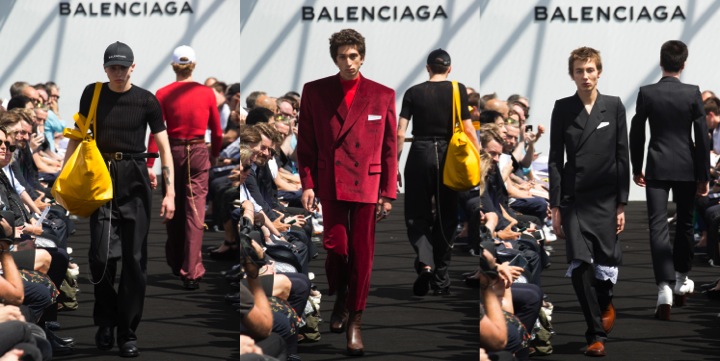 Demna Gvasalia’s take on Balenciaga is profound, taking under consideration all aspects that were important for Cristobal. For women’s autumn, the creative director delivered flamenco dresses in florals, mentioning Balenciaga’s Spanish origins. This instantly brings on the idea of Catholicism, which was moved this season for the boys. Cristobal was a passionate Catholic, and it was his everyday habit to go to a church on Avenue George V, a stone throw from his atelier. That’s why the last looks were ornamented with Vatican lace, liturgical red and purple silks. As for a menswear debut, Gvasalia nailed it, even though one could be skeptical whether the up-to-now male clients of Balenciaga, used to basic white shirts and sneakers, will devote themselves to this new style religion. 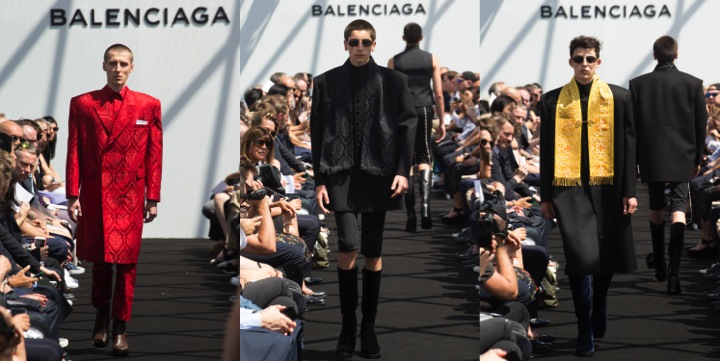 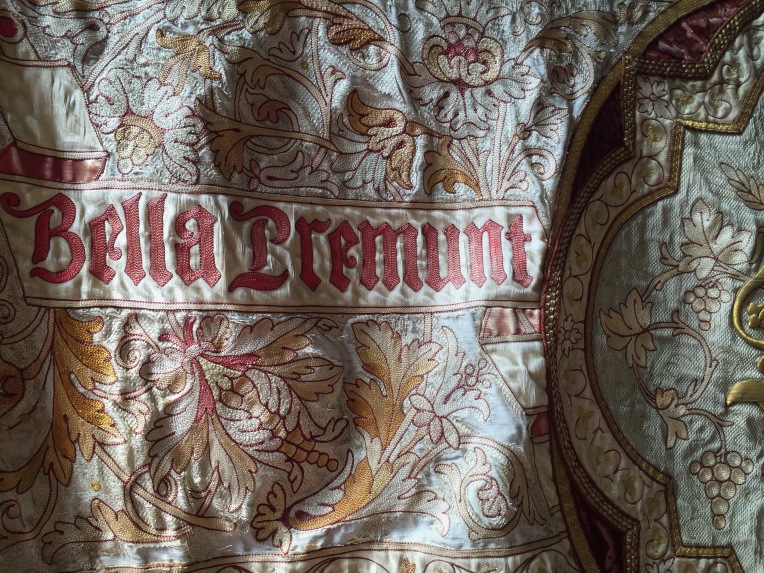 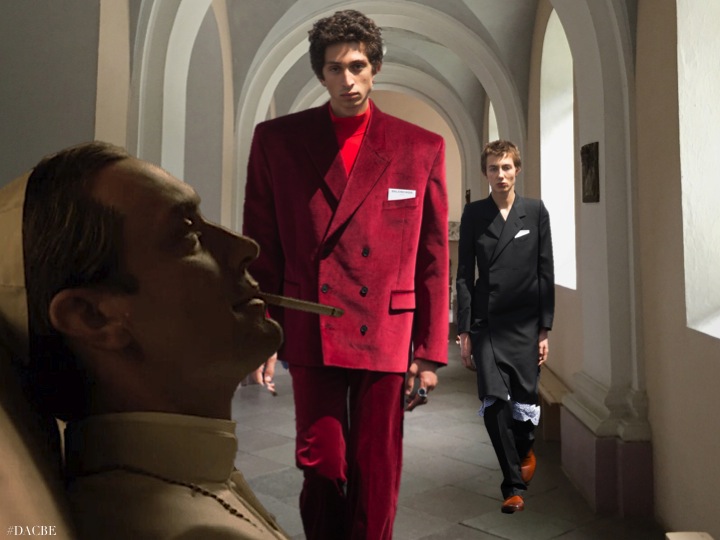