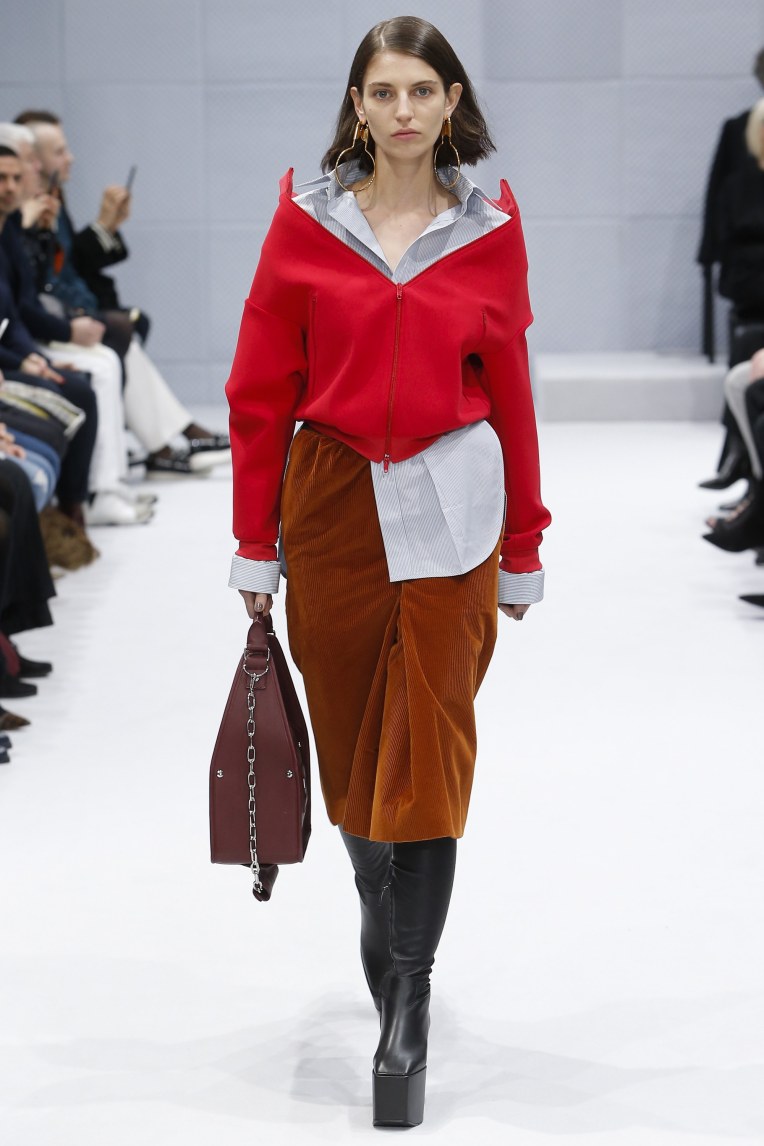 Something new is afoot Paris, and it’s good. I think it’s the energy of youth, which contrasts with the old-school, corporate system. Koché, Jacquemus, Y / Project and Vetements prove that, with their recently delivered collection. But if talking of the last one, though – Demna Gvasalia leads this talented league, and pushes his vision to a much larger space of expression. And we are talking about Balenciaga now – the house, which was found by Cristobal Balenciaga in 1919, which raised the designer of our century, so Nicolas Ghesquiere, and went under a three-year period of uncertainty with Alexander Wang‘s miserable sport-meets-couture attempts. But Demna is a designer, who knows best how to create desirable fashion which is going to sell (Vetements sales turnout is the perfect example) – so, the unexpected choice of him as the creative director of the historic maison is both exciting, and reasonable.

But if you think that Gvasalia is about to change Balenciaga into a higher-cost Vetements, then you are wrong – the autumn-winter outing seemed to state visible barriers between the post-Soviet, anti-fashion soul from the eponymous brand, as it freshly implemented the spirit of Balenciaga into a modern-day wardrobe of pure edginess. Back in the days, Cristobal wanted to look into fashion’s future, and Gvasalia understands that, by giving the audience over-sized, cosmic duvet jackets, leather market bags and embroidered tea-dresses. The floral prints were a bold nod to Balenciaga’s temperament and Spanish origins – while the tailoring, also a long-forgotten signature of the house, was revamped. “How do you persuade a woman to wear a two-piece suit who is not the German Chancellor?” Grey, flannel two-button jacket and a slit pencil skirt, in which the shoulders were slightly over-sized, “was the posture and the attitude, and Cristóbal’s way of working with the body I (Demna) found interesting.“

In other words, Gvasalia’s debut for Balenciaga isn’t favoured by me, and by other critics just because it’s a debut – these clothes, the concept, and the styling are ground-breaking, and smartly look back at the rich archives of Cristobal Balenciaga. Unlike his predecessor, Demna Gvasalia looks forward to a much more creative approach, and even if we’ve seen a few of those tricks at Vetements – the new chapter at Balenciaga is the one to have on your radar. 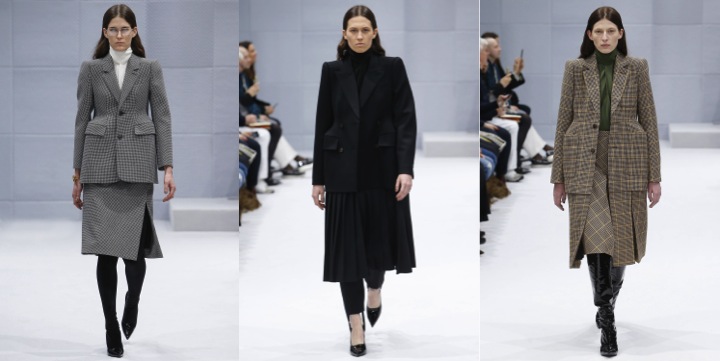 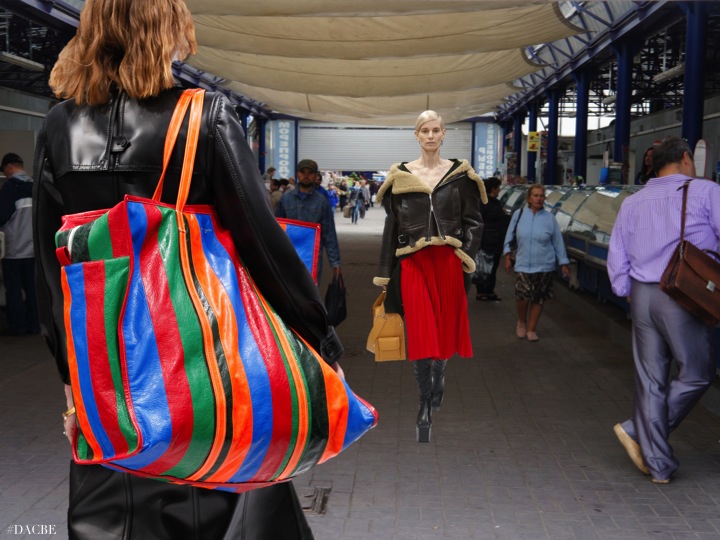 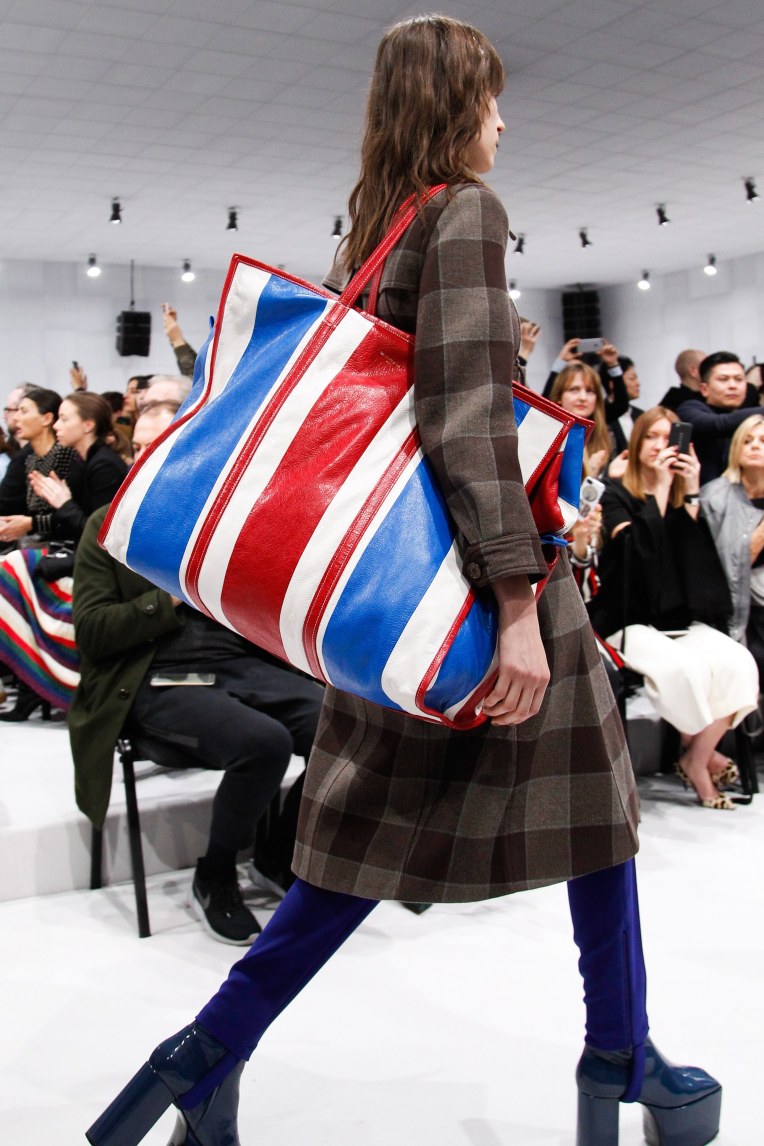 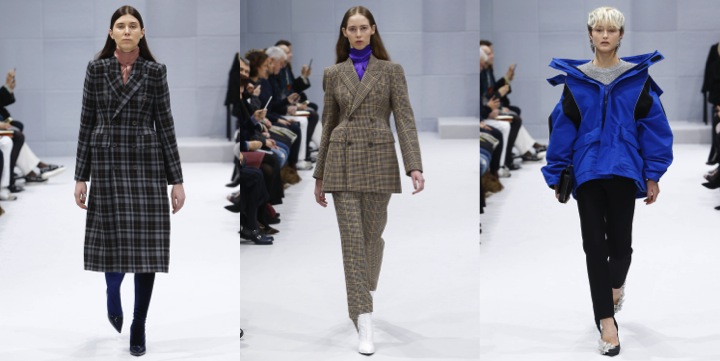