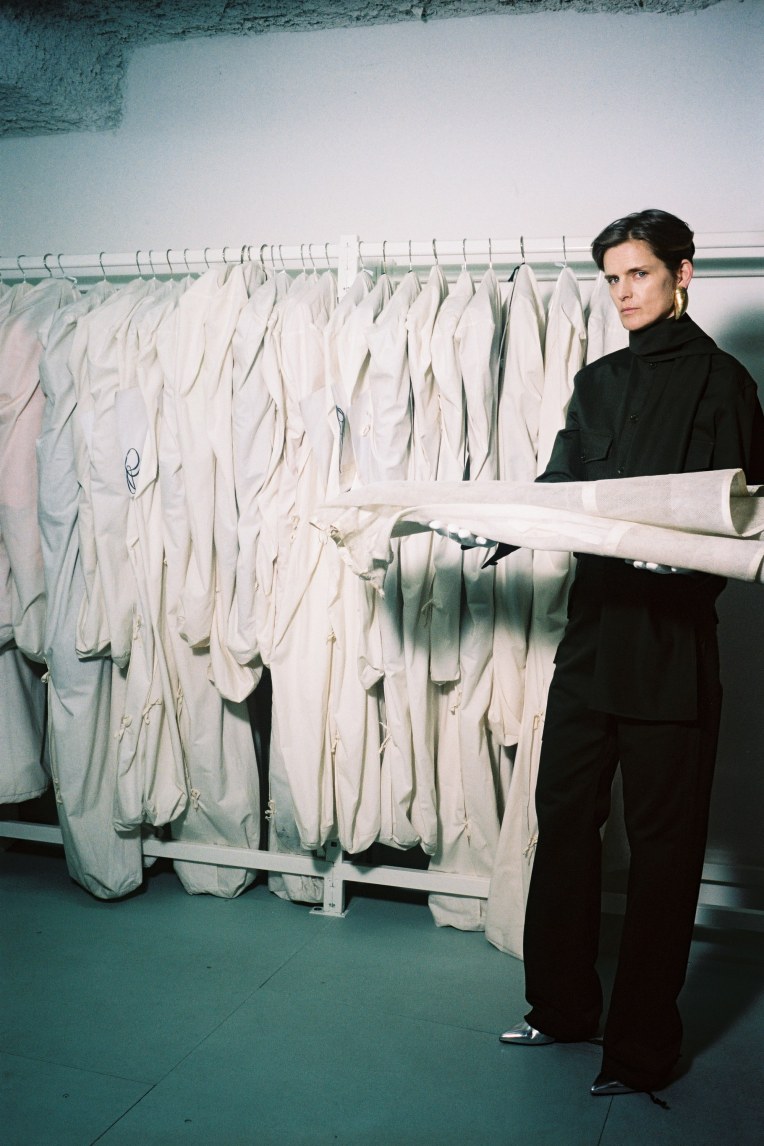 Balenciaga is another label which postpones its pre-collection release, taking Céline‘s and The Row‘s path. Moreover, there’s another reason why this pre-fall 2016 collection is a major highlight for the house. In fact, it was designed between the abrupt period of Alexander Wang’s departure from the maison, and styled during the first days of Demna Gvasalia‘s appearance. The press release informs that the collection wasn’t fully supervised by Demna, so the autumn-winter 2016 can be called his official debut – however, there are distinct twists coming from Balenciaga’s design studio, which will be surely approved by all Vetements fans. From over-sized hoodies to floral dresses, some of the looks could be easily understood as even pricier pieces coming straight from Vetements’ showroom. The next, much more sophisticated, all-black looks worn by Stella Tennant and Julia Nobis aren’t that simple, though, focusing on Cristobal Balenciaga’s famous body-sculpture play. The collection quietly nods to Nicolas Ghesquiere’s era, with this must-have aviator jacket with a shearling collar. Not surprisingly, Alexander Wang’s three-or-so year-long “legacy” is erased utterly, and hopefully, it will never come back.

The idea of photographing the models in a Balenciaga archive warehouse is brilliant, and it shapes an image of a brand, which wisely balances the past and the future. The very commercial, fur stoles with huge BALENCIAGA written all over them will sell immediately, I guess, just like Gvasalia’s vision for the house. Not that this collection is a masterpiece. But still, it builds strong foundation for Demna, makes a résumé of the past, and eventually, might become the season’s best-seller. 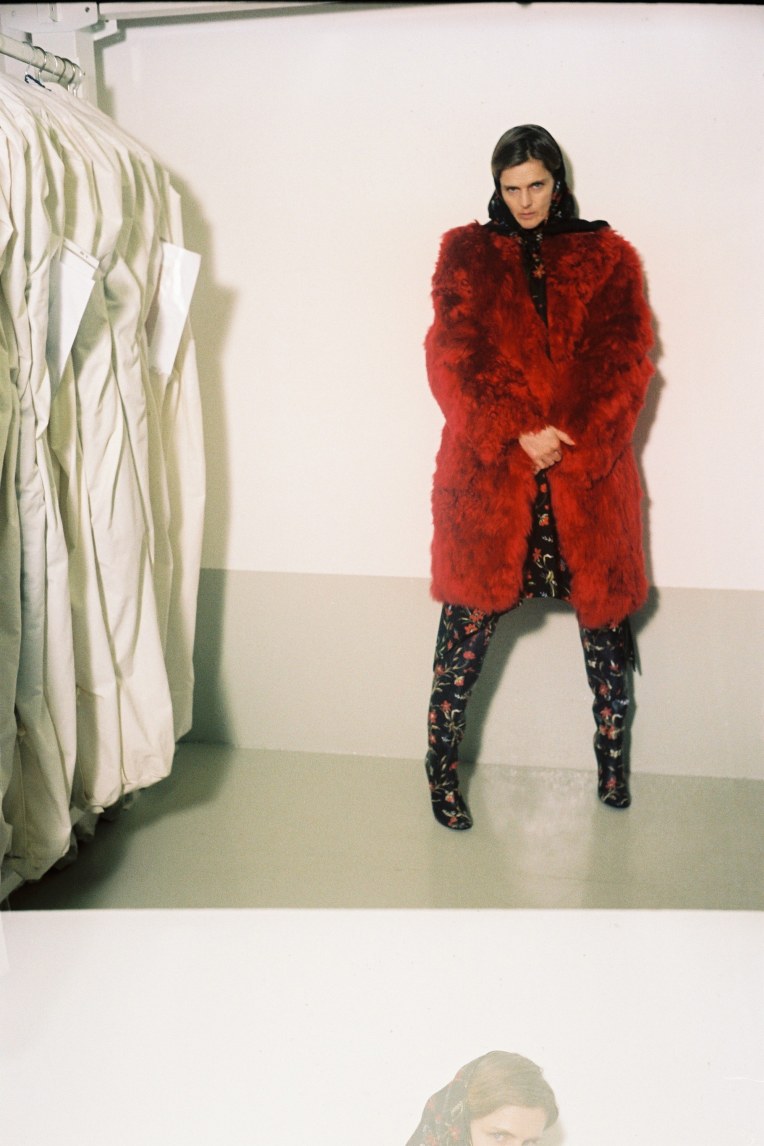 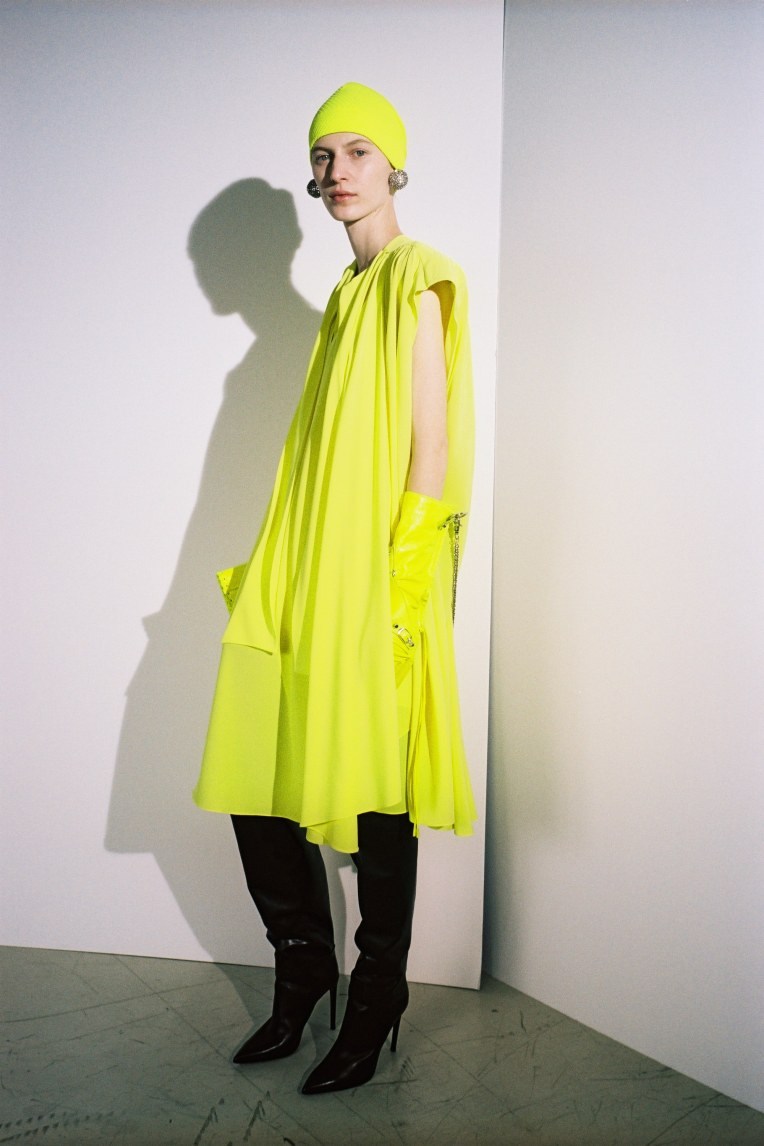