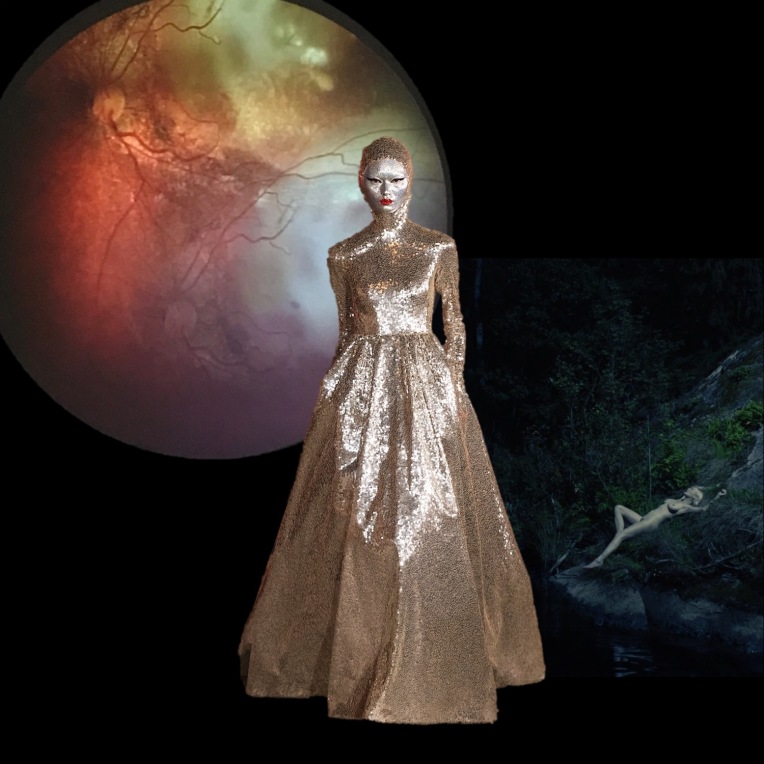 As I mentioned right here not a long time ago, Pierpaolo Piccioli is a gift to fashion. On the eve of the designer’s Valentino haute couture show in Beijing’s storied Summer Palace, Piccioli was walking through the improvised couture atelier where most of the house’s tailors and seamstresses have been transplanted from the brand’s Palazzo Mignanelli HQ at the foot of Rome’s Spanish Steps – pointing out the many wonders created by these “alchemists”. The 45 masterworks designed by Piccioli and executed under the direction of Valentino’s brilliant premieres, or heads of the ateliers (Alessandra, Antonietta, Elide and Irene) and their respective teams have been designed especially for this moment and with an eye to the bevy of glamorous, free-spending clients from the region. Piccioli, however, averred that it is “a real Italian haute couture collection—not anything to do with China. It’s important to keep your identity,” he added, “especially when you bring your culture to another world and use it to evaluate the diversities.” But alongside those diversities, Piccioli found dynamic synergies, too. His moodboard was filled with images of the masters of the early Italian Renaissance that he loves – think Piero della Francesca and Fra Angelico – alongside photographs taken of the Summer Palace itself, and of portraits of the emperors and empresses who once ruled here, revealing unexpected aesthetic dialogues, “two moments of grandness of old cultures,” as Piccioli explained, “of history and heritage.” Some of the grand ball gowns, sheath dresses, and wide-leg pant ensembles were worked with elaborate intarsia and appliqué techniques to suggest the swirling brocades in a Bronzino portrait. Others took the leitmotifs of Valentino’s ultra-romantic work from the 1970s and 1980s: point d’esprit ruffles, overscale rose prints, and a passion for bows, as well as classic haute couture fabrics including gazar, cigaline, silk velvet, and duchess satins and failles. Here, they were amplified into the extravagant volumes and dimensions that characterize Piccioli’s haute couture collections. Now, let’s talk couture numbers. A dress entirely covered in hundreds of shaded pink bows of various sizes required 350 meters of fabric, for instance; a voluminous ball gown composed of ruffles of cherry red point d’esprit – 600 meters of tulle in total! – took 1,300 hours to complete; and a silvery dress and balaclava were entirely embroidered in more than 32,000 silvery sequins (for the show, beauty maestro Pat McGrath silvered the model’s face to match, creating an out-of-this-world effect). Meanwhile, an intarsia opera coat composed of swirling sections of Oz green sequins, ivory wool, and soft pink crepes (eight different types of fabric in all) worn over wide pants and a turtleneck top in a smaller-scale version of the pattern took a cool six and a half months to complete. Delightful. 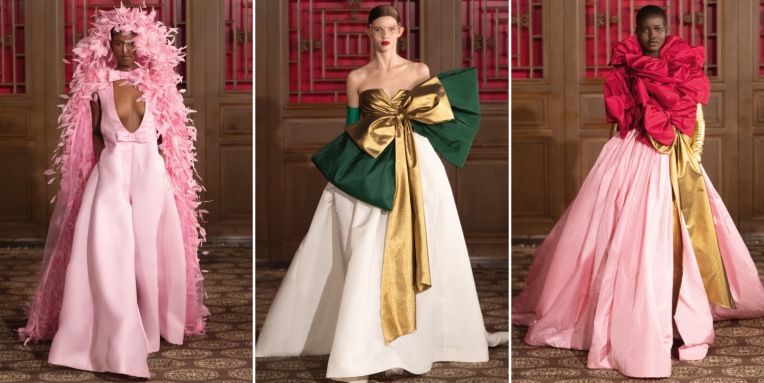 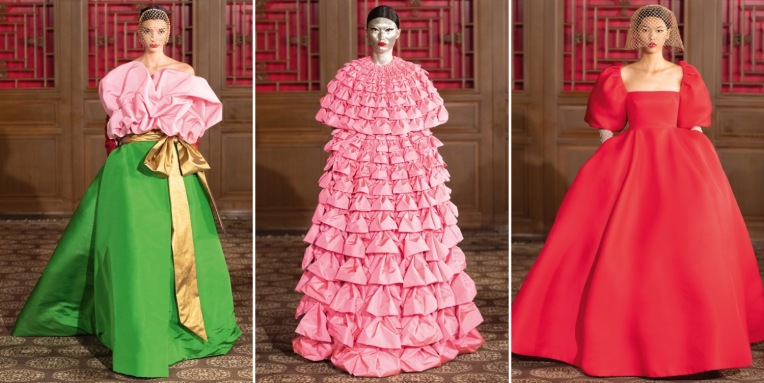 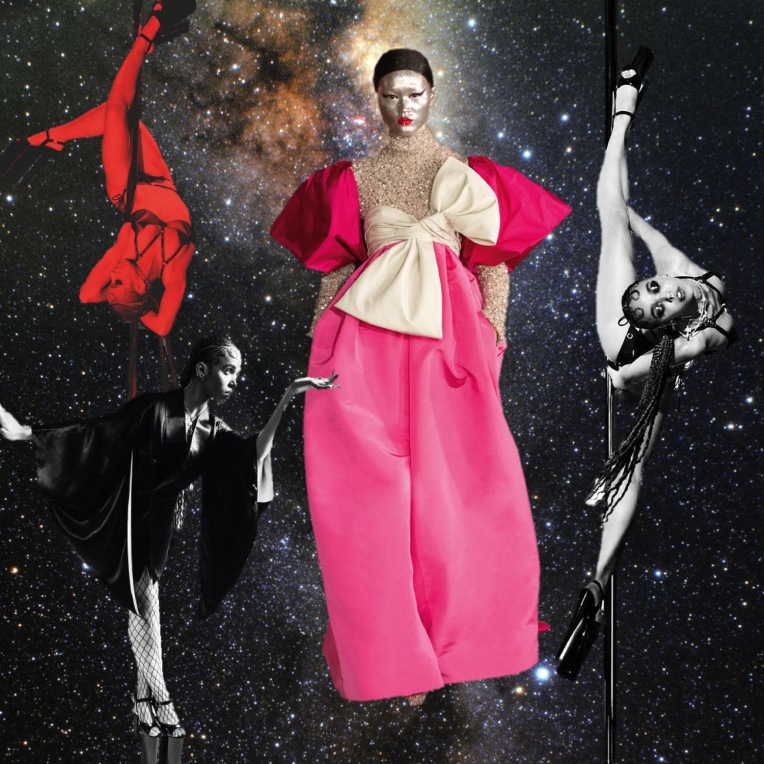 All collages by Edward Kanarecki.