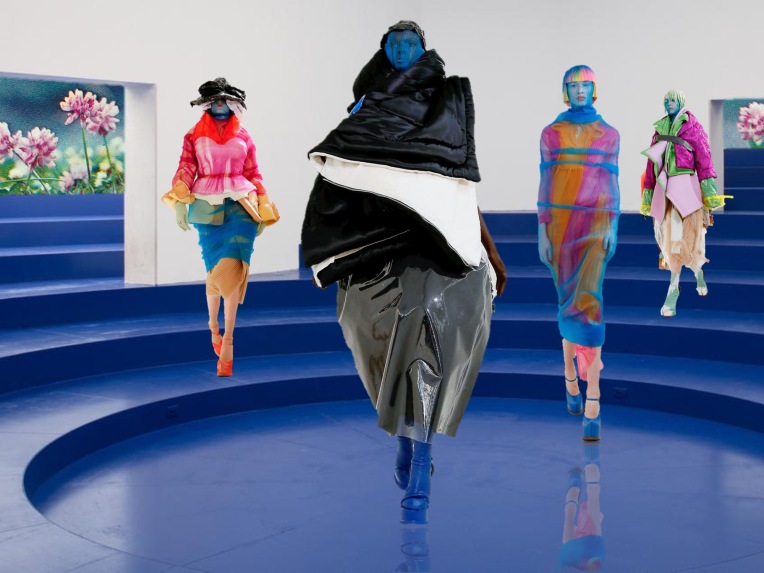 Collections like this make you believe in fashion again. Maison Margiela‘s Artisanal line (read: haute couture) became an outlet for John Galliano‘s wildest ideas, which seems to let him explore his most dynamic ideas with the unlimited freedom. But when you listen to John speaking about the collection, you suddenly understand it’s not just a mega-artist’s next epic fantasy. There’s a seed of reality in those multi-layered garments packed with utilitarian textiles, protective pillow-y elements and extreme colours. “We’re all nomads today. . . we do move in tribes.” That nomadic glamour, the term he coined after the show, refers to the contemporary state of things. On the daily basis, we absorb so much information through different, constantly booming media. At the end of the day, we want comfort – but is it even possible in today’s world? Rather, we need shelter or an armour – which can be constructed from tulle, felt wool or some spong-y material, just as Galliano predicts. Even though we already exist in the hi-tech world, the vision of iPhones and iPads sticking out of our bodies like some kind of exoskeleton feels rather dystopian on the other note. But then, if the future will bring the humanity to “neo-digital natives”, as the designer says, then at least our wardrobes won’t disappoint with  boldness. 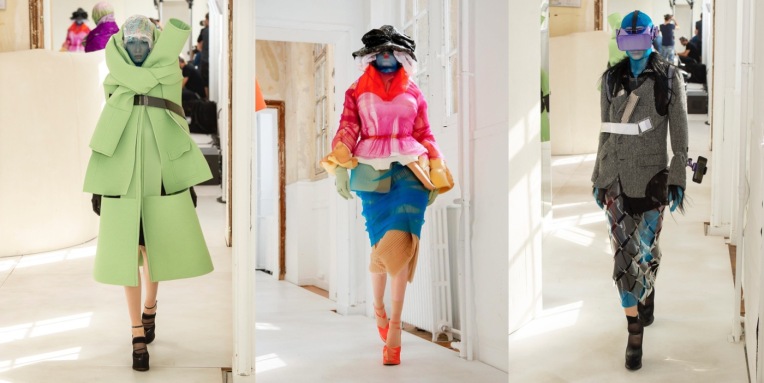 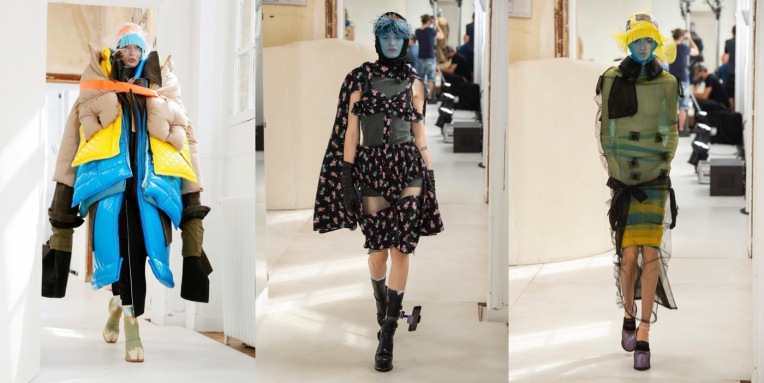 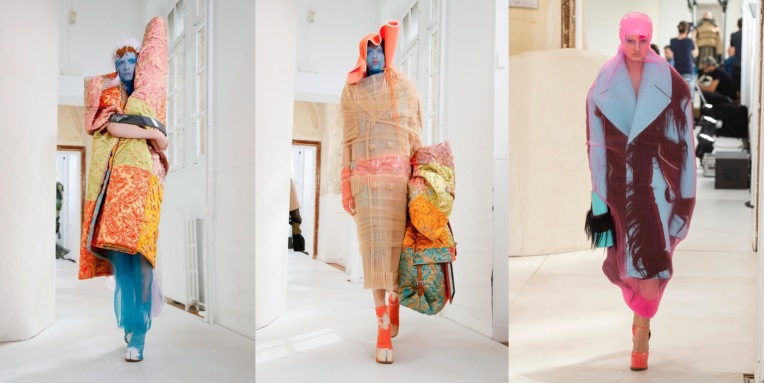 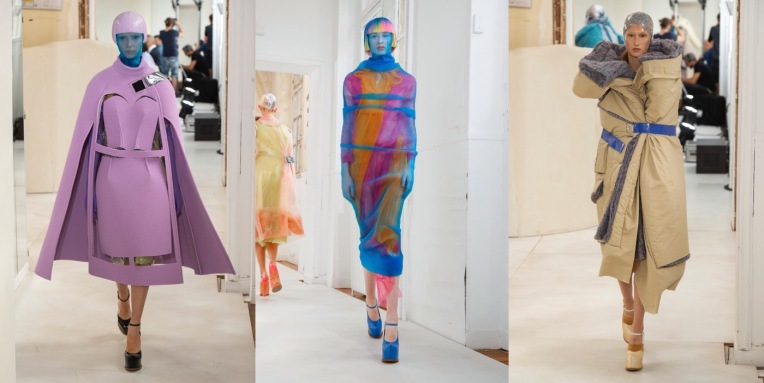 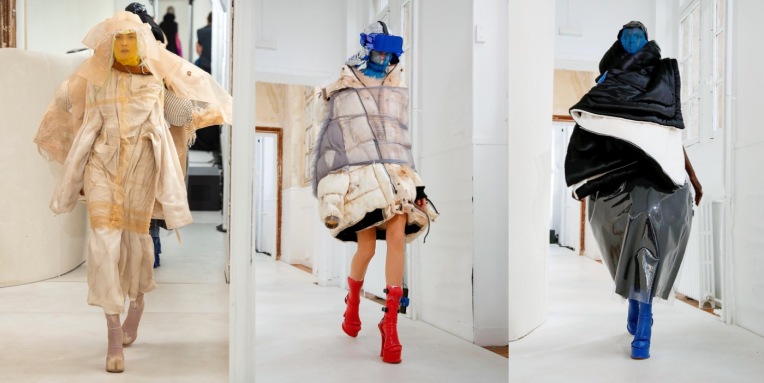