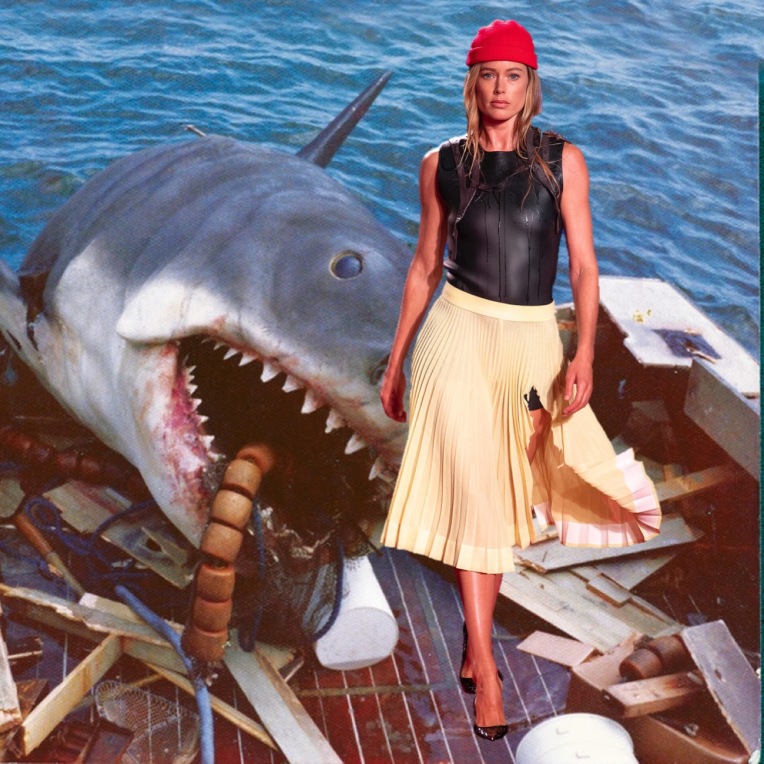 To my very own surprise, I’m on fence with a Calvin Klein collection by Raf Simons. Specifically, with his most recent, so spring-summer 2019 collection. Not that I don’t like it. I love it. I want one of those The Jaws t-shirts with a CK logo on, even if that’s just a branding masterpiece triggered by the right moment to take an old, good blockbuster out of the shelf. But other than the affordable, approachable ‘merch’, I’m quite saddened that Simons doesn’t let his clothes do the talking, but needs a list of references to justify them. Jaws as first, and not just on the t-shirts. The rubber scuba-diving material was used for subversive outerwear, underscoring a sexy, S&M-like silhouette; the chomped-out, shark-attacked tears at the hems of pleated skirts were for the more observant ones. It’s all good so far. But then, another ‘inspiration’ – Mike Nichols’ classic of post-adolescent indecision, The Graduate. Most people, who haven’t seen the film, thought that the mortarboards and graduation gowns thrown over models’ shoulders were taken out of this 1967 film. Ironically, there wasn’t even a brief still of these two throughout the entire film. The film’s soundtrack was played at the end of the show, instead. And some of the prints (like leopard spots) resembled those that Mrs. Robinson liked to wear, while seducing Benjamin. The high-school gear felt unconvincing and, to be honest, I was completely confused what the designer tried to say with it. Moral: let’s not take film titles too literally. And then another reference. American couture from the 50s and 60s. Worn with plastic harnesses (so, so Helmut Lang), the floral dresses that were a nod to that conservative fashion era had been re-stitched to create this ‘crushed’ effect. I know this wasn’t meant to look flattering, but… well, I just can’t say I like the look of these garments. The show had its visible ups (like the venue’s look, the fun styling, and the apparel that is a sure bestseller) and downs. Simons continues to discover American culture (by now we had Andy Warhol, horror films, cowboys, universities, Hollywood…) and recycle different ideas from it in his collections, but I think it’s time to let go and take another step. Or at least, go for something more metaphorical, not based on the collective brain of finding direct associations and parallels in pop culture (as if they were Instagram tags). 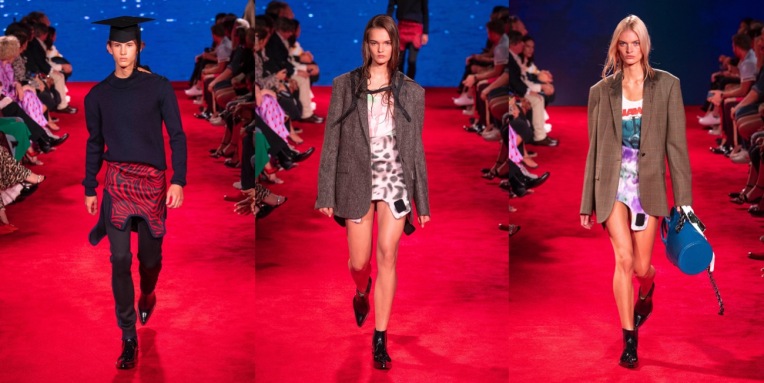 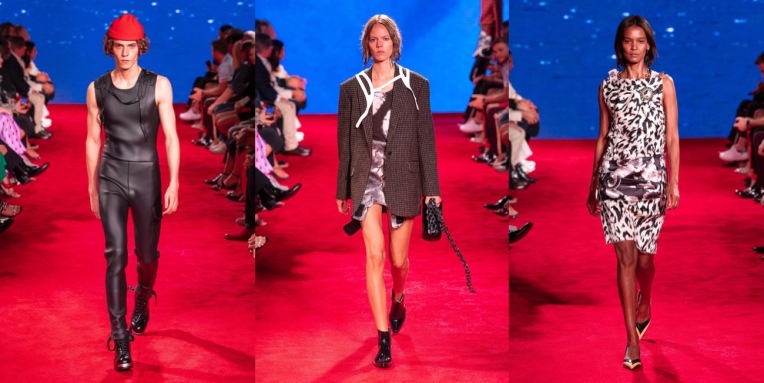 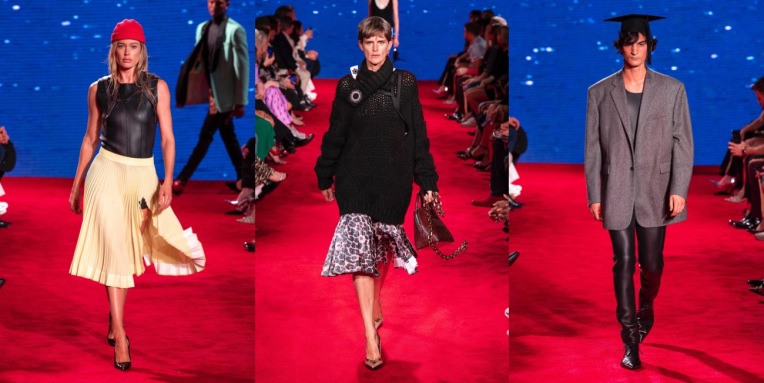 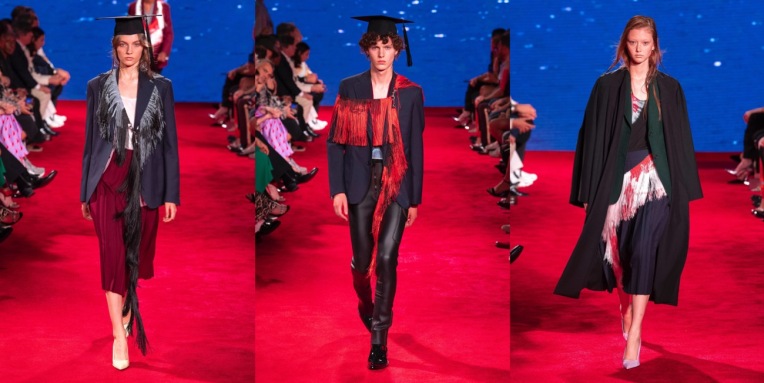