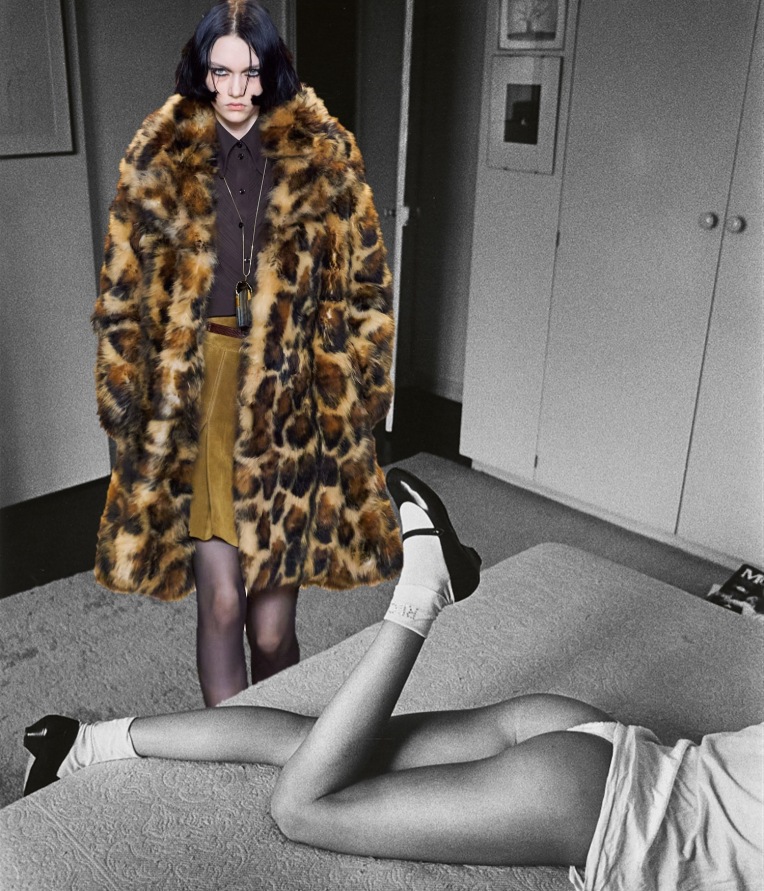 My reaction to Hedi Slimane‘s Celine follows the sinusoidal pattern of emotions I had about his work at Saint Laurent. First, I felt aversion. Then, for a moment, I was amused. In the end, I lost interest. Quite dangerously I’m entering the third phase. Consistence and assertiveness is key for a brand to succeed, yes. But Slimane’s stubborness – same venue, same models (now he even has the same faces he had back at YSL), pretty much the same music, and, what’s worst, same clothes, is quite the art of fashion procrastination. Yes, yes, I know the closing gowns are couture and they took hundreds of hours to embroider. And I’m aware that the 1970s nostalgia is a common, widespread thing for the last (and probably next) couple of seasons. Slimane doesn’t push the envelope, because it’s the aesthetic he loves and repeats over and over again. But he doesn’t even bother to rework it. It’s great that you can buy a pair of denim pants at Celine, or a corduroy mini-skirt, or a retro-lookig dress. But do we need a fashion show for this sort of clothes with more than 100 looks? 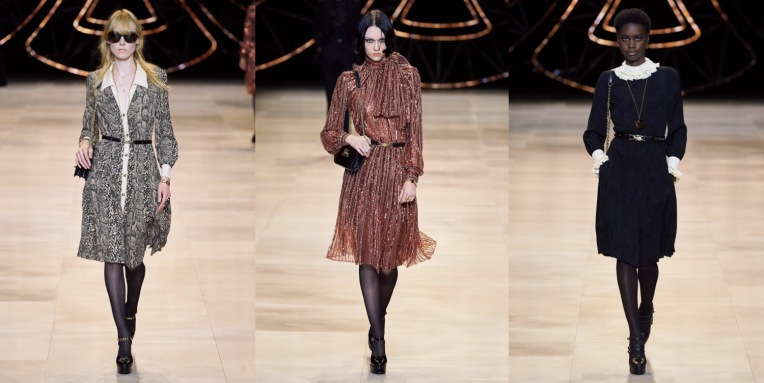 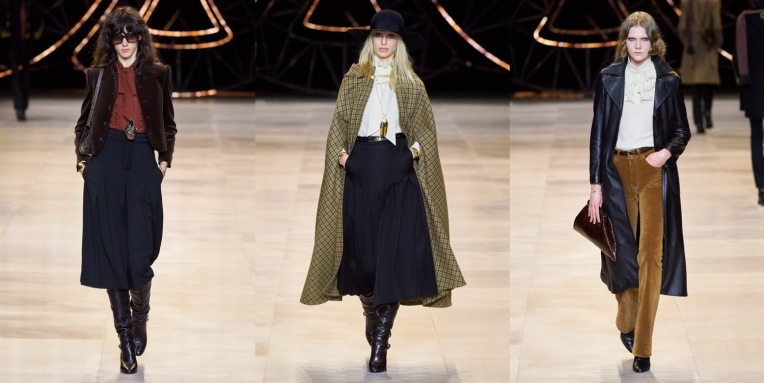 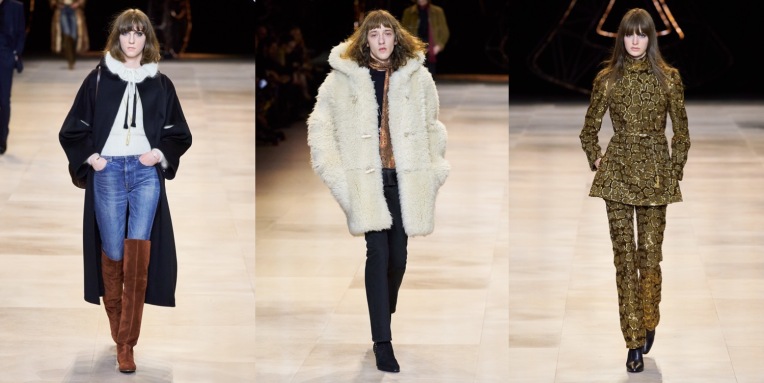 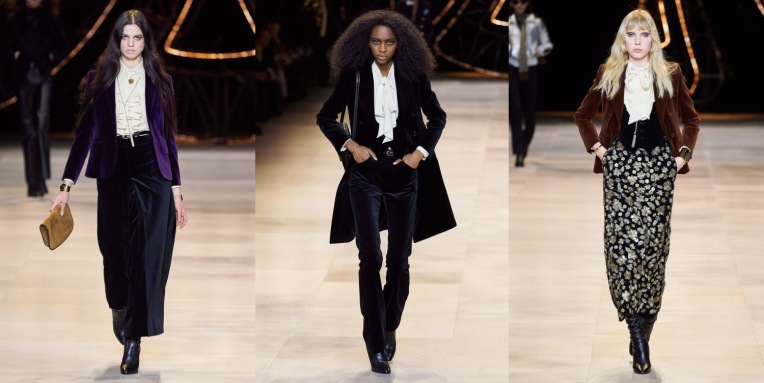 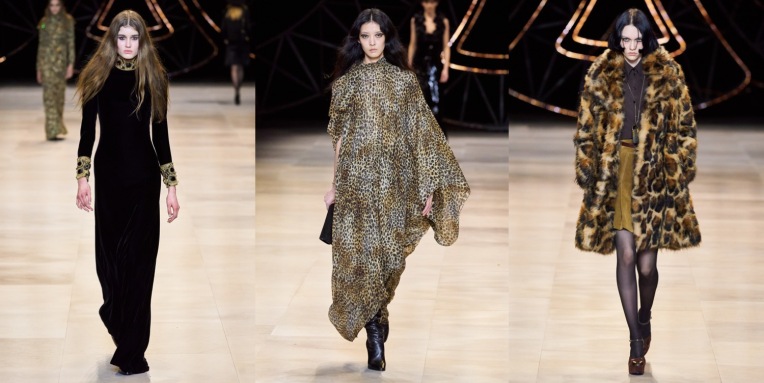