The dancing theme, whether it’s Erdem‘s ballerinas or Dries Van Noten‘s emotional contemporary dance production, is having a moment this season. It’s natural: we’re year in global lockdowns, and we all want to shake it off. For autumn-winter 2021, Vaquera‘s Claire Sullivan, Patric DiCaprio and Bryn Taubensee were inspired by the sensation of “waiting to go back out in the world, to go onstage.” That’s why you see an oversized tee that reads “Runway Star” and Tonya Harding–style leotards. Of course, performance is central to the Vaquera mystique and they’re hoping to be back at it by showtime in September, but the downtime of the last year has helped them to grow in other ways. New York’s perennial cool kids are growing up. The latest line-up marks their second season under the Dover Street Market umbrella and the Vaquera lifestyle is expanding. There’s without a doubt a new level of finesse to the new season’s vegan leather motorcycle jackets; they call them “real” pieces. The collection also takes cues from the way the designers themselves are dressing. There are sweatshirts fused with bras and slip dresses, and the front panel of one skirt is embellished with a pair of satiny panties. A turtleneck collaged with found scraps retains the DIY spirit that has defined their work since the beginning, and a very large brassiere worn as a tank is an example of the proportion play that is another hallmark of their earliest collections. Many designers this season end up with offerings that are somewhere between WFH comfort and optimistic vision of finally going out to the world. Vaquera checks all the boxes. 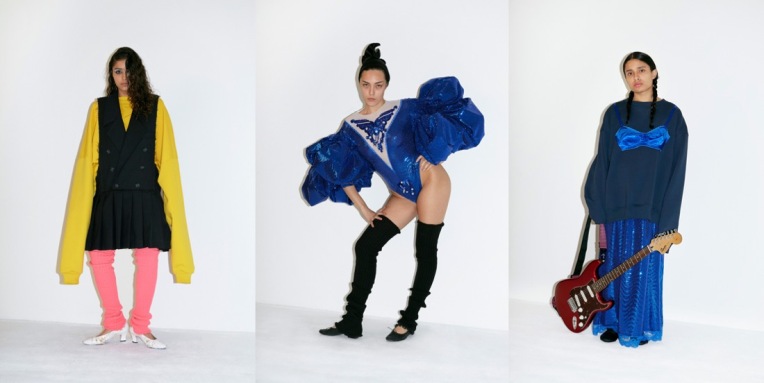 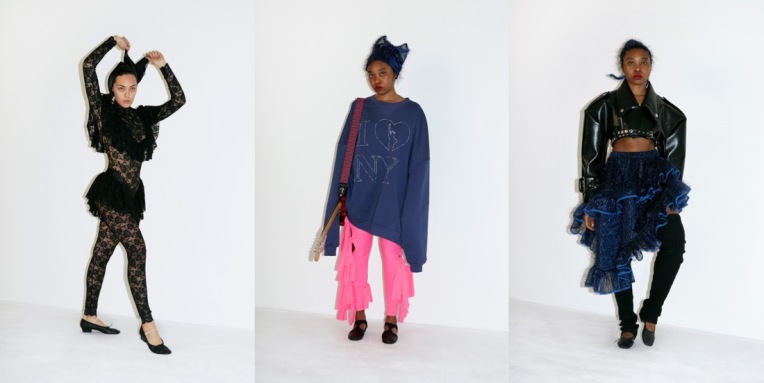