“They were dressed, for an adventure – rather than waiting, forlorn, for a long-lost love to return from a voyage, they were the ones doing the travelling” said Miuccia Prada before her autumn-winter 2016 show, when describing her Prada woman.  During the January’s menswear show, it was already clear – the designer addresses her fashion towards the global problem of Meditterean sea migrants, wars and chaos, which touches a majority of the industry’s aspects. To a big extend, you could have foreseen what the main collection will look like after the pre-fall, which was staged during the collection for boys – navy hats and Christopher Chemin’s artworks, named after the French revolutionary calendar, were presented as shirt and skirt prints.

The collection, according to Prada’s show-notes, was dedicated to all women who lived throughout the history – from revolutionary ones, like Rosa Luxemburg, to glamorous icons, like Marilyn Monroe – but it also celebrated the everyday women. Backstage, Prada declared that women simply have more life aspects to deal with than men. After all, they have to be “mothers, lovers, workers, daughters and sisters” – and at the top of that, they are supposed to be beautiful. Beauty was undermined by Miuccia, too, by breaking down the beauty cannons in style – from checked socks, which are often called as asexual by many, to corset belts which unleashed a bit of elusive sex-appeal, but from the other side, touched theturbulent topic of women’s constraint of being always on fleek, on point and flawless. And these useless, decorative charms and mini-diaries worn on necklaces – maybe they symbolically meant the secrets women keep?

PJ Harvey was the backing track of the show, keeping it all even more melancholic and reflective. This collection was a philosophical statement emerging from Miuccia’s head – and the quilted, tweed and artfully embroidered clothes speak the language of women like no other. 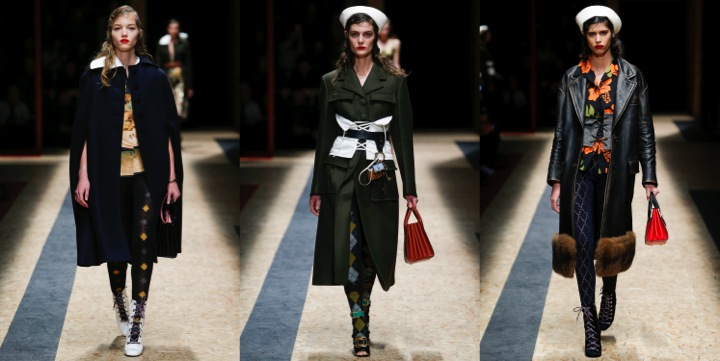 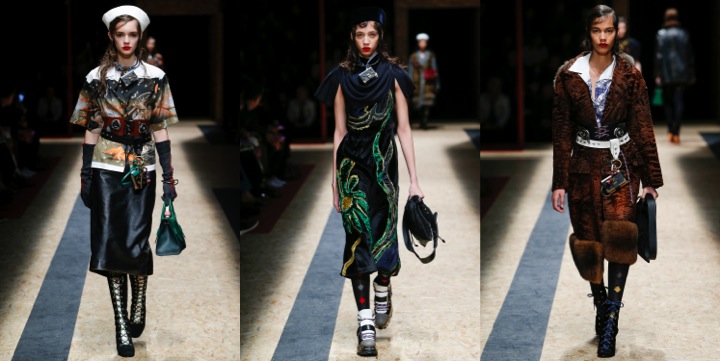 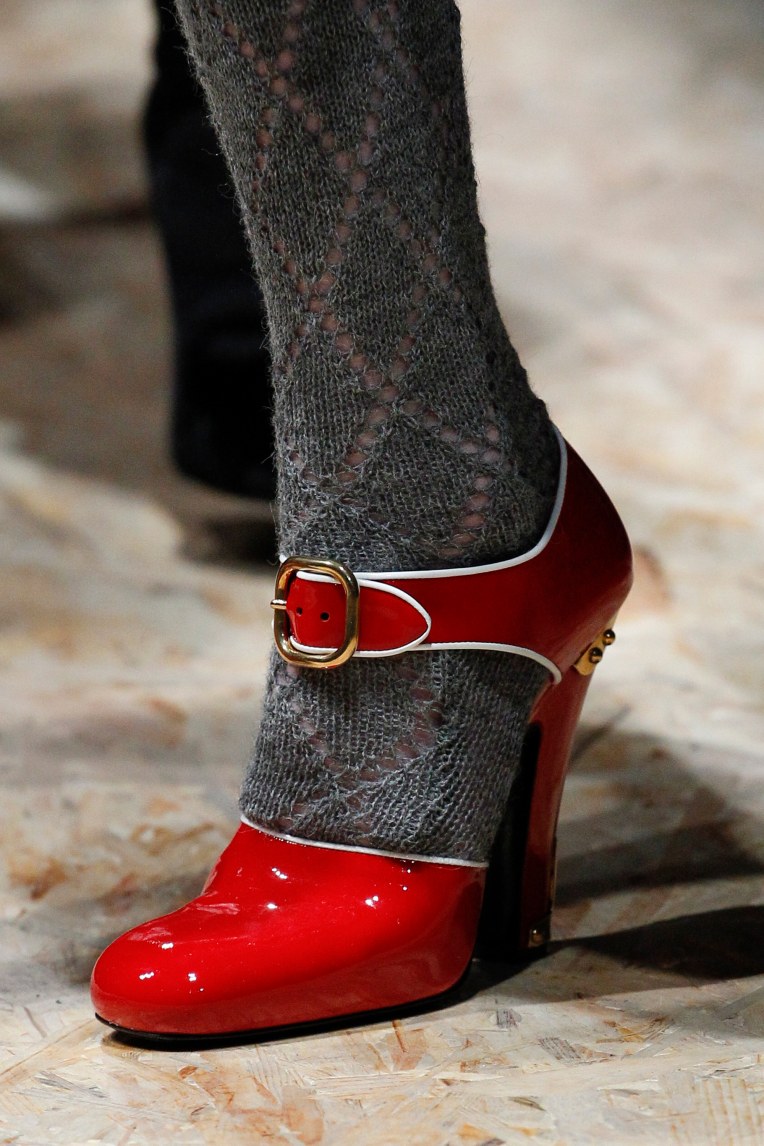