Alessandro Michele‘s pre-fall 2020 collection for Gucci is the post scriptum of his vision he staged back in September. “It tells the same story about proportion, silhouette, and, above all, the balance between shape and color,” he summed up. Balancing contrasting bearers of meaning in the same outfit has always been a Michele’s skill. He simplified his looks – cleaning it up (aesthetically) definitely works for Alessandro lately. Shapes had clarity, with hints to the elegance of the 1960s (trapeze dresses in solid colors or in black with cutout décolletage; short capes calling to mind Pierre Cardin’s futuristism; bold floral ensembles with boxy-cut little jackets) and to the free-spirited bohemia of the 1970s (gorgeous kaftans in every possible length; flowing feminine chemisier dresses; floor-grazing linen tunics with contrasting macramé appliqués or geometric motifs). Decoration and embellishments, although reduced, were still idiosyncratic and full of appeal. Michele’s knack for cultivated quirk crept up also in his punctuation of lingerie as a subtly sexual message – a theme he introduced in the September show. Logoed brassieres and underwire bras peeked from underneath blouses or crisscrossed open tops, worn under leather blazers.

The lookbook was shot in Rome through the lens of  Bruce Gilden. The cast of characters was as diverse as can be, including model and advocate Bethann Hardison and fashion legend Benedetta Barzini, both fabulous in their age-defying charisma and presence. “At the core [of the collection] remains the relationship between clothing and its wearer, and everything that revolves around these ‘clothed bodies,’” explained Michele. “The set and the photography not only emphasize the look but also the characters, providing a viewpoint to delve into the relationship between empty and full spaces, between clothed bodies and the space around them—and therefore between where we are and what is happening.” 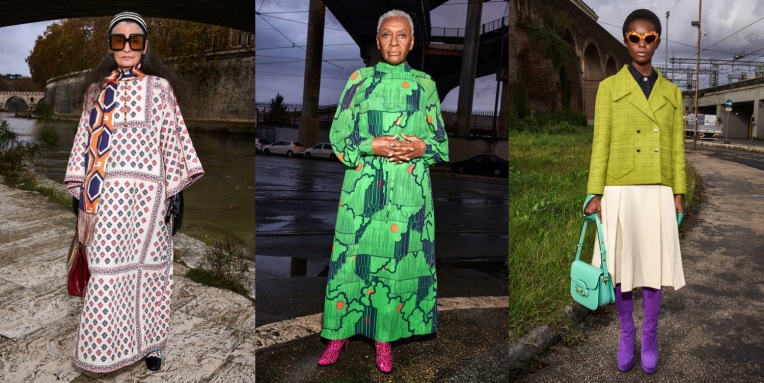 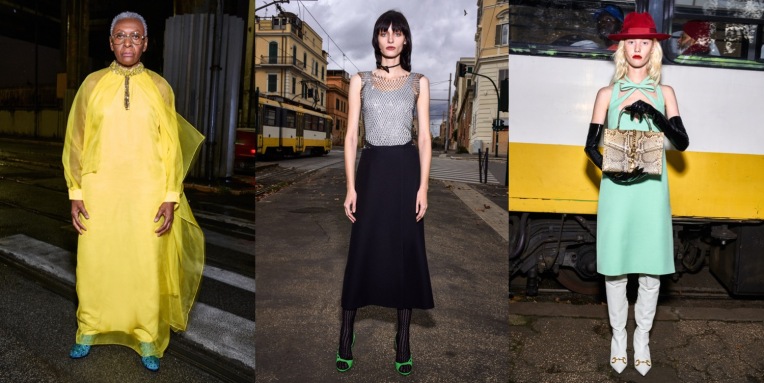