It’s hard to be a young and independent fashion designer in Paris, fighting for attention in the crowd of Chanel-s, Balmain-s and Saint Laurent-s. Surprisingly, Paris Fashion Week starts with a day of fresh and trending labels – meet Koché, the creation of Christelle Kocher,  the new girl in the schedule and a second-time LVMH finalist .“I’m sharing my Paris with other people,” is how she described the unusual venue of her fashion – the 18th-century Passage du Prado, which nowadays is adopted by African hairdressers and little mobile phone shops. So, no – it’s not Grand Palais or a Rue Saint Honore showroom.

However, the spirit of a Parisian atelier is not left out at Koché. Christelle collaborates with Maison Lemarié, which does mesmerizing, artisan detailings using feathers and plume only – and the way she implemented haute couture into her hoodies and tees is just mind-blowing. The contrast is stunning, just like the models’ cast. Doing it in Eckhaus Latta way, the designer invited professional models (Karly Loyce, Soo Joo), friends and people she met on the streets, breaking the convention of an ordinary line-up. Although this stuff will be expensive (velvet skirts, shearling jacket patchworked with layers of white lace), Koché is already stirring the industry with its unique, yet über-cool attitude. I wonder where will the designer lead her brand – biting the dust and taking it on a mainstream path, or rather keeping it off-beat? Hope for the latter. 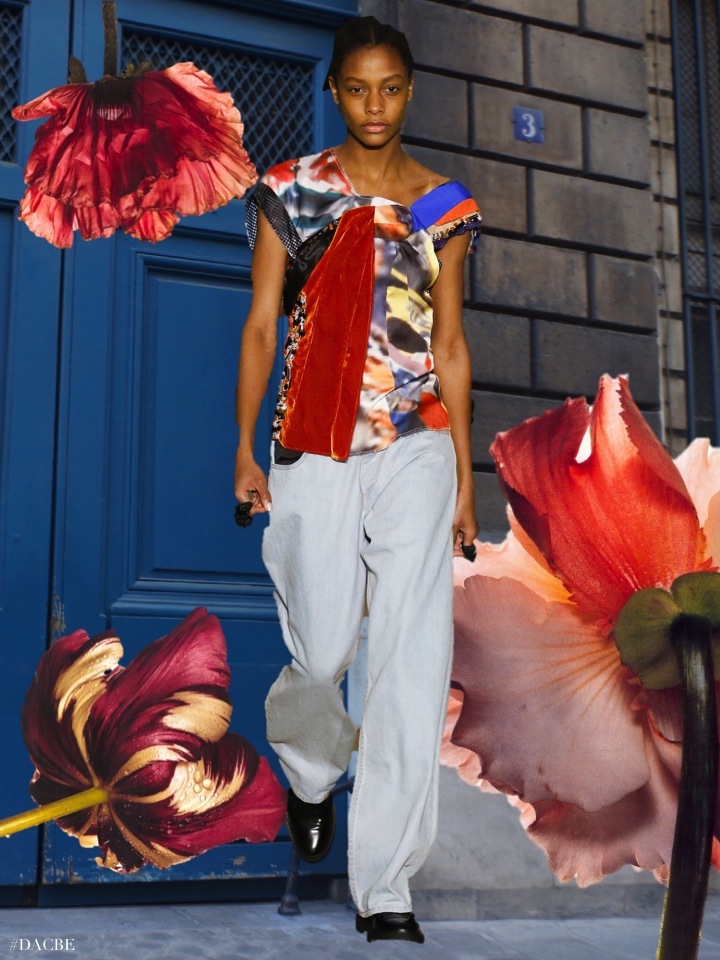