For boys, Jonathan Anderson gets extra peculiar, season-to-season. Maybe it’s because he feels that menswear is his in designer roots? Let’s not forget that J.W. Anderson was initially a men’s fashion label. Spring-summer 2017 collection feels like one of Anderson’s first outings – no commercial pressure (at first sight), just pure creativity. The latest collection is like a space odyssey, welcoming the unknown. Over-sized tunics, astronaut pantalons – is it the character of Little Prince, but a bit older? He still wears his crown, according to the designer. Also, this eccentric type of guy, Saint‐Exupéry’s fictional creation-like, seems to have a weak point for Jonathan’s signature “Pierce” bags, and colour spectrum coats, which look quite psychedelic when styled with high, lace-up boots. If this level of outer-space fashion isn’t reaching its peak, then take a look at the orange sunglasses. Then, there are the prints with frogs and Egyptian god of afterlife, Anubis. Luc Besson’s apocalyptic sci-fi thriller? Hacker style? I don’t have a clue what’s the message. Was that the aim? Anderson leaves me lost for words, and quite confused. But one thing’s sure – an upcoming collaboration between Anderson and musician ASAP Rocky is on its way. Elusively tagged as JWA X AWGE. 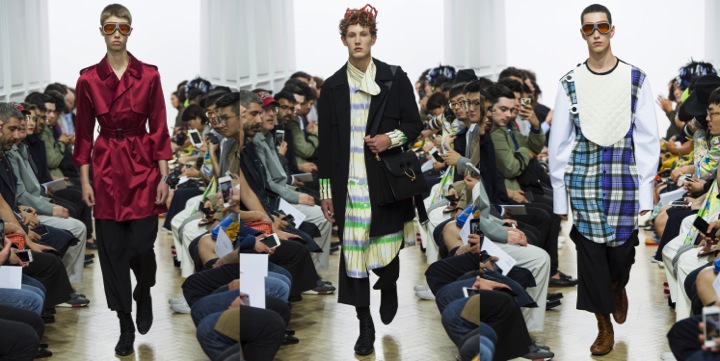 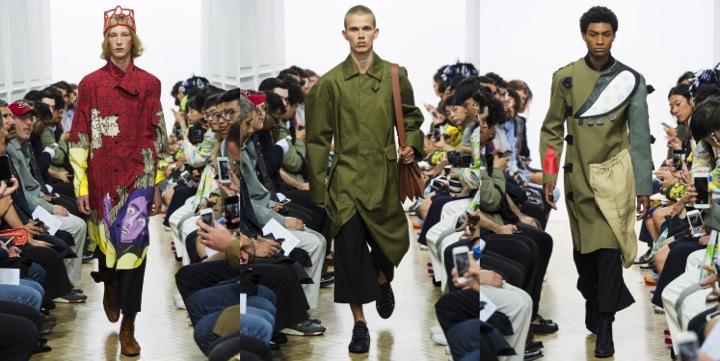 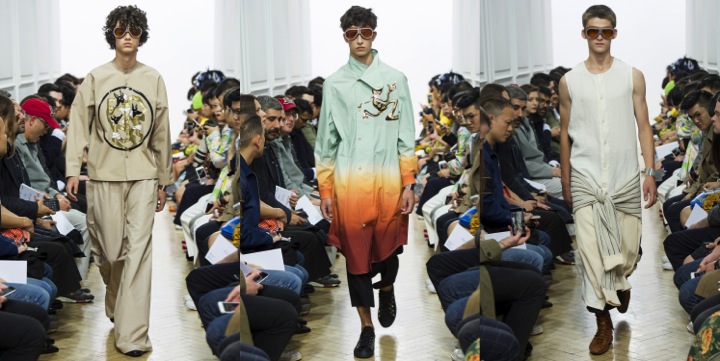