This was Demna Gvasalia‘s most personal Vetements collection up to date, and definitely, the one that had an extremely powerful meaning. Or rather meanings, since the number of messages the designer and the anonymous fashion collective sent out this season is far from being singular. If you’ve been obsessing over Gvasalia for a couple of seasons now, you surely know his background, the war-torn Georgia. It’s here where Demna and his brother Guram grew up together in the ’90s, and all the atrocities happened – specifically, in 1993, when the Gvasalia family had to flee their home in Sukhumi after the entrace of soldiers and bombing.

“I tried to face this angst and fear and pain in this show. I didn’t want to remember before, I didn’t want to go that far.” Something changed. With more than half of the models coming from Georgia, an extremely long wedding table set up under a bridge in Périphérique (an area in the outskirts of Paris, where migrants live in encampments along the highway) and music blasting, anything could happen in the middle of the haute couture week. But nobody expected that there will be war on the runway. From sweatshirts with the most vulgar Russian slogans (even though these words are quite very justified in case of the suffering Georgia went through) and lots of camo prints to masked men in leather gears and over-sized jackets covered in Georgian, Ukrainian, Turkish and USA flags (a nod to current nationalist tendencies across the world?), one sees lots of untamed aggression in this collection. Moreover, Demna commented on the current national affair in contemporary Georgia, connected to clubbing. One of the pieces had a phrase on, this time in Georgian, saying: “God Forgive Us.” The designer noted that “they’ve recently closed down clubs in Georgia. A line of priests came out to block the protest against it.” Injustice and repression of the youth, that continues to strangle the nation up to today, frustrates the designer. No wonder why. After all, it’s Gvasalia who has contributed to the revival of that reckless, ‘whatever’ attitude in the fashion industry since the first moments of Vetements’ existence.

But other than the history-heavy feelings, there were garments that respectfully nodded to Georgian heritage, like the fringed rug dress or the elegant, pleated bride (or widow) gowns. Still, everything had the stamp of melancholia, mourning. That wasn’t a typical Vetements collection that makes you want to go out for a major booze party. So, will the average Vetements customer, driven by the cult of sweatshirts, t-shirts and sneakers, get anything that’s deep about this intense collection? People don’t want to read long paragraphs about history, especially in the era of social media. Thankfully, the brand found a solution that will educate the eager ones. A Vetements app is about to be released, and it will teach the users on Georgia and such events like the “Ethnic Cleansing of Georgians in Abkhazia.” How promising is it to see that fashion is no longer just about clothes and revenue. 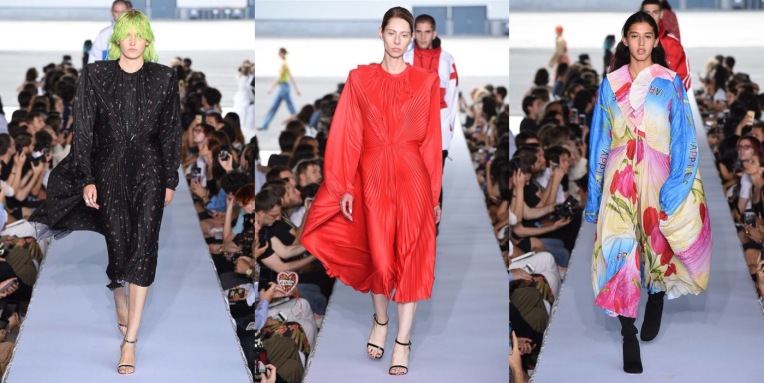 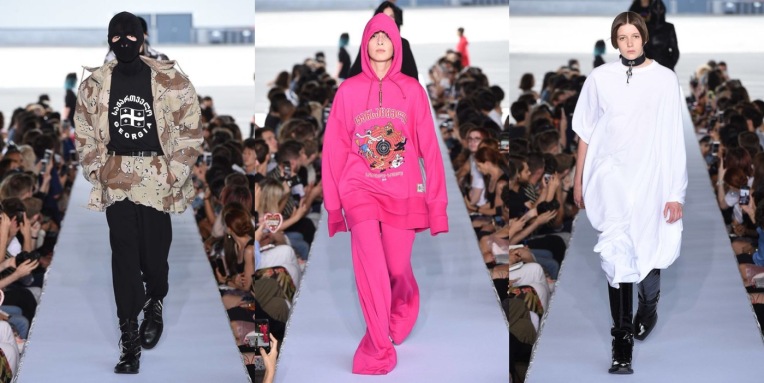 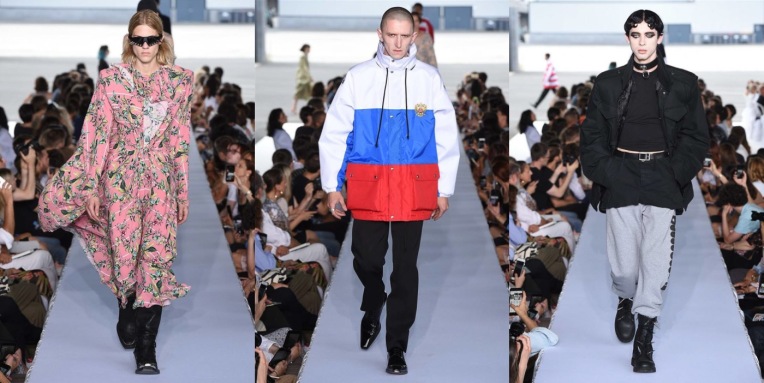 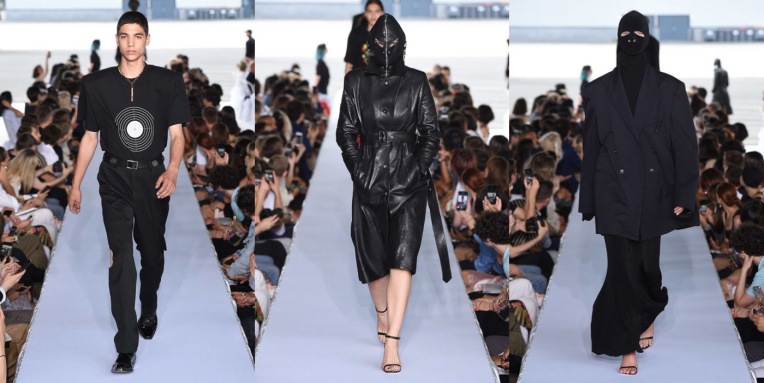 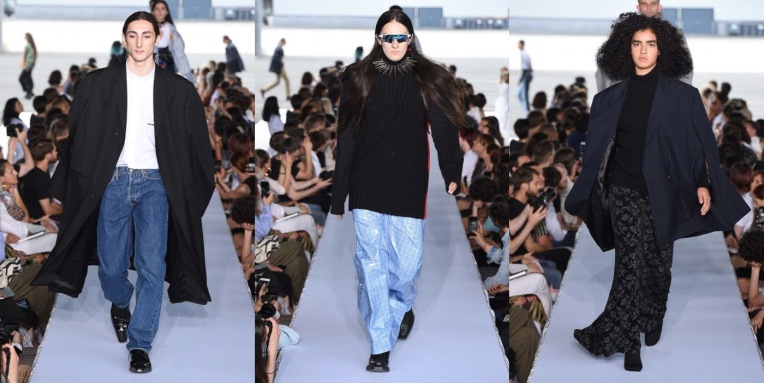 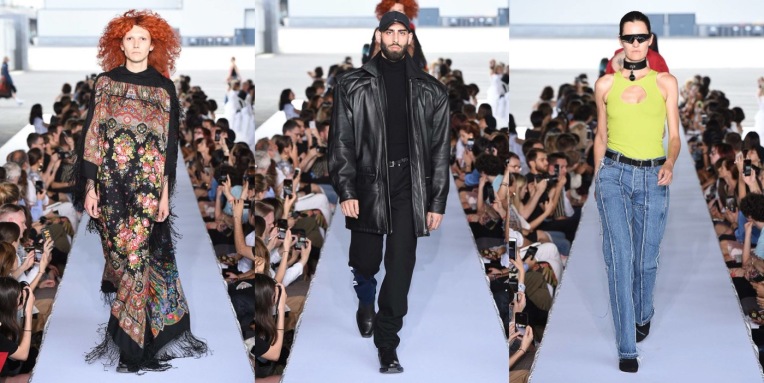