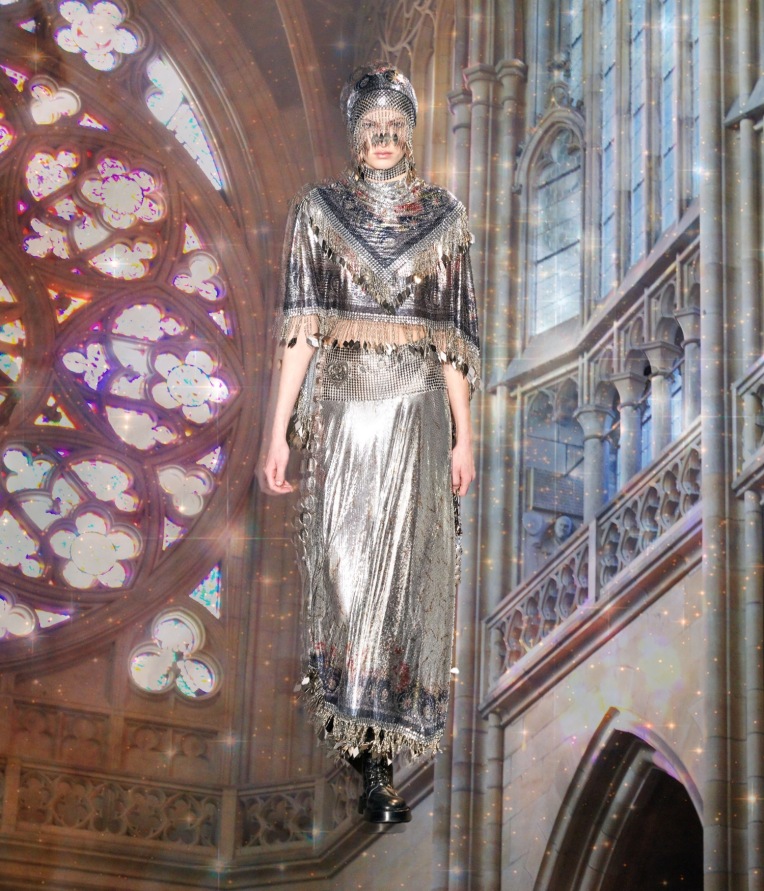 Paco Rabanne is the industry’s – and specifically, the buyers’ – current obsession in Paris. And one thing is for sure: Julien Dossena‘s collections aren’t intentionally commercial. But somehow, his ultra-light chain-mail dresses and accessories sell like hot buns. For some time now, Dossena has been exploring ways to extend the 1960s space-age limits that the house of Paco Rabanne is associated with. His own tastes have traveled, to much critical acclaim, toward a look that modernizes a glamour appropriated from the 1970s. But for autumn-winter 2020, there was something deeper and more subversive going on: a placing of the symbolism of spiritual-religious garb – allusions to clerical robes, monklike habits, and Joan of Arc armor – firmly within the female domain. “I don’t want to say that they’re a cult, exactly,” he said. “I’m not a believer at all, but I’m interested in how thinking about something that’s beyond still drives everyone, even in the age of technology.” The show was presented in an underground chamber of the Conciergerie (the place where Marie Antoinette once languished as a prisoner of the French Revolution, before she was hauled off to be guillotined), a perfect location for the mystical, magical procession of mysterious female priests. Hoods and ruffs, capes and slender maxi-coats, voluminous brocade dresses and fragile lace and flower embroideries – it all made so much sense. Dossena has the rare talent of reworking the symbolism and craft of the past in order to take them into the future. 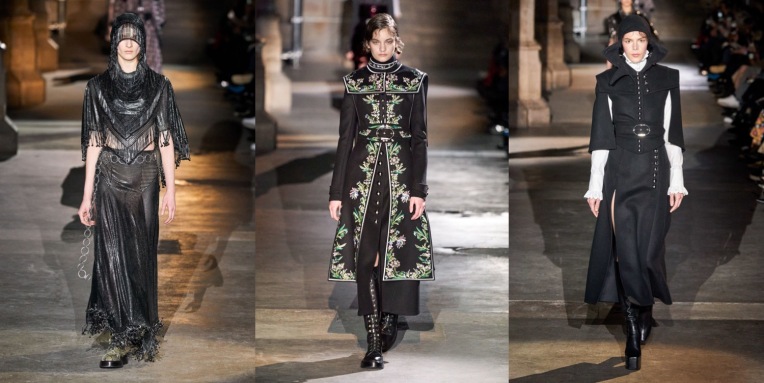 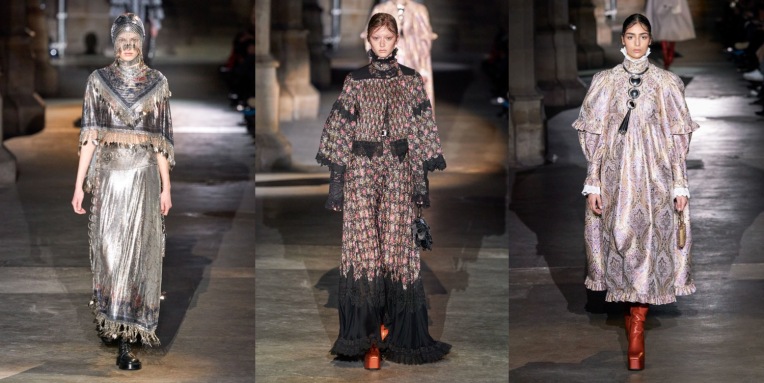 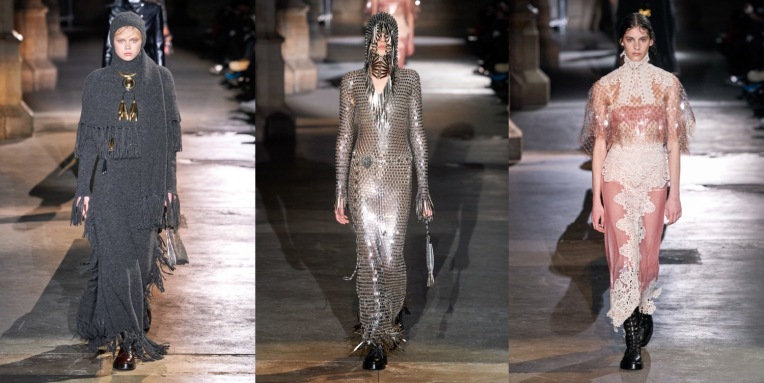 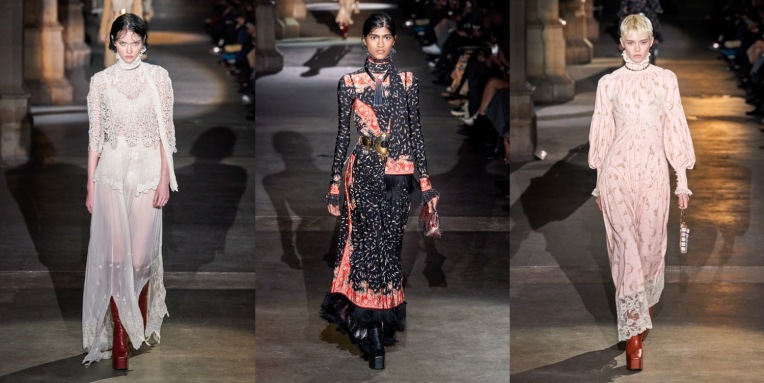 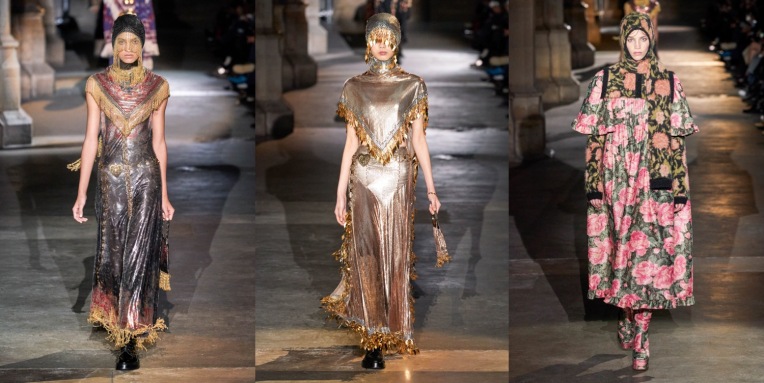 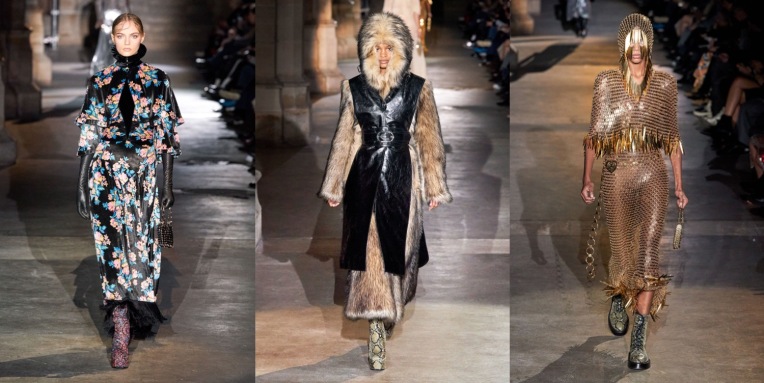