“I always come back to the dark side. It’s what I’m most attracted to,” Tisci explained. This season – like many of his collections – he explored the duality between something quite aggressive and uniform and something much more romantic. Leather thigh-high lace up boots were worn with pearl embellished floral print garments, and all of his models emerged onto the runway with their hair pushed back inside black hairnets. His female models – including Adriana Lima, Candice Swanepoel and Irina Shayk – made their way around the industrial show space in sheer dresses (which revealed bondage-style underwear) and thick black cat eyes. The show was in good taste, it was elegant and glam, but at the same time very arrogant and non-chalant! In the middle of the show venue, we had a huge, deconstructed airplane made by Dutch artist Paul Veroude, which was a chic approach to luxury and the 30s, which very influenced the collection. 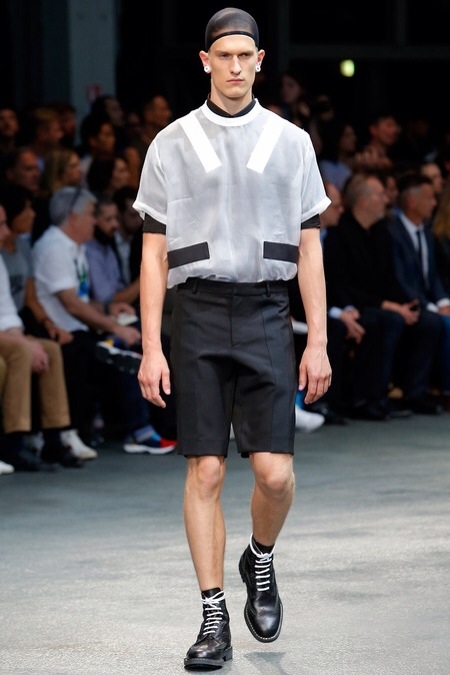 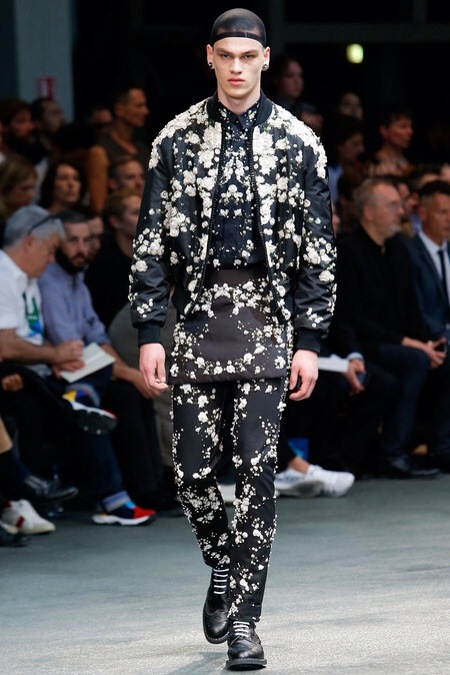