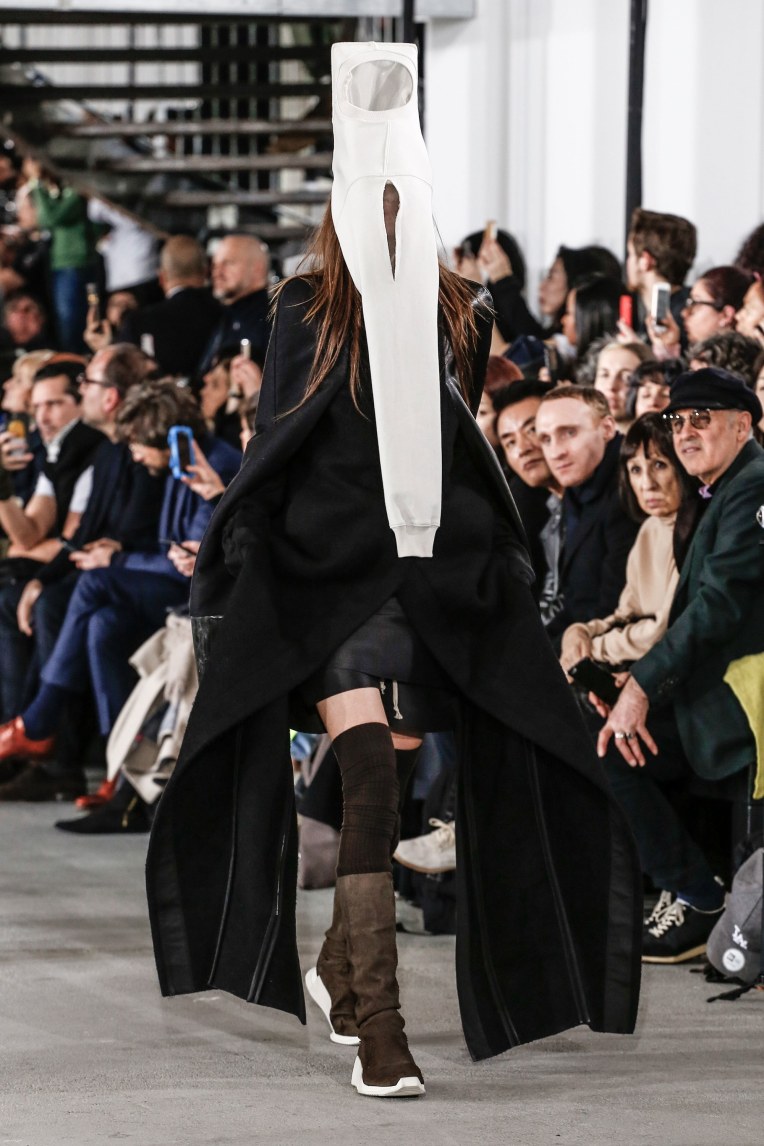 Rick Owens doesn’t care, if you’re laughing at his autumn-winter 2017 abstract headpieces or distorted proportions. Although his collection looked somewhat dystopian, the designer said it was rather ceremonial – and ceremonies are important, whether we’re speaking of rituals or deeply-rooted tradition. “People are coming together to collectively pursue common goals and ideas.” Today, a fashion show might be lightly called a ceremony, too, as people coalesce and celebrate their ambitions and aspirations. But not only the headgear made the viewer gasp with confusion during Rick’s show. The collection’s eerieness has no end, just like the amount of elongated sleeves and duvet covers. It’s about wrapping, draping, layering, things that Owens does religiously, following it every season. 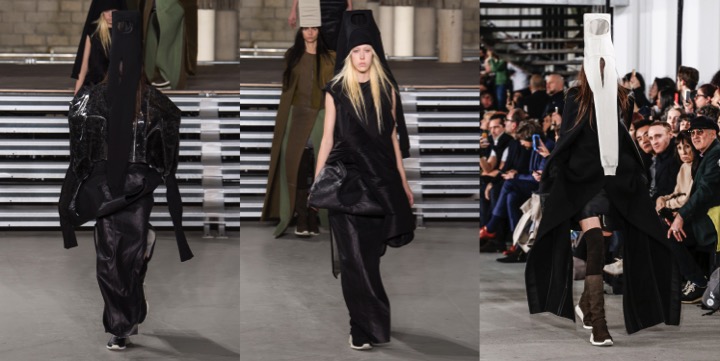 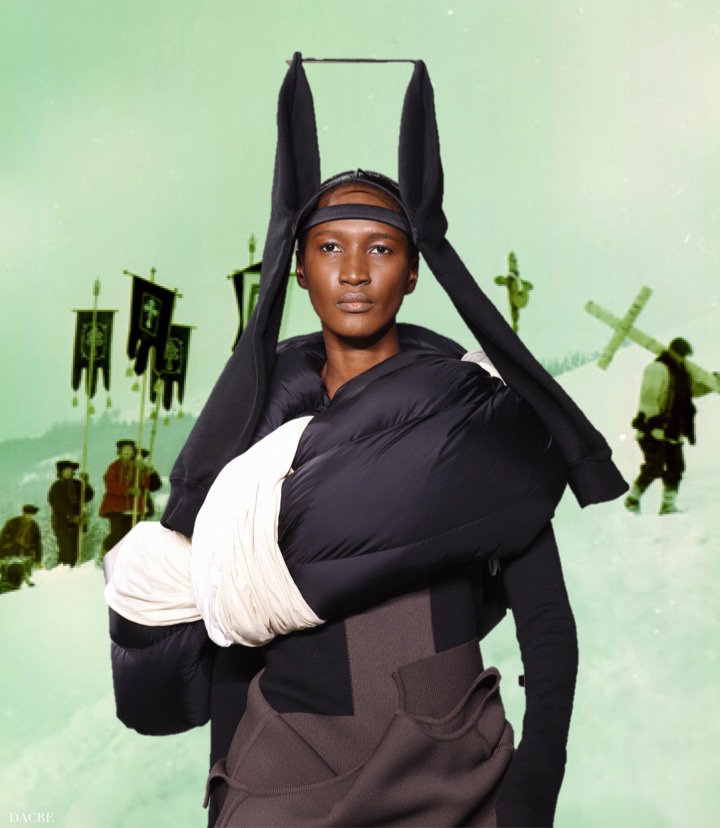