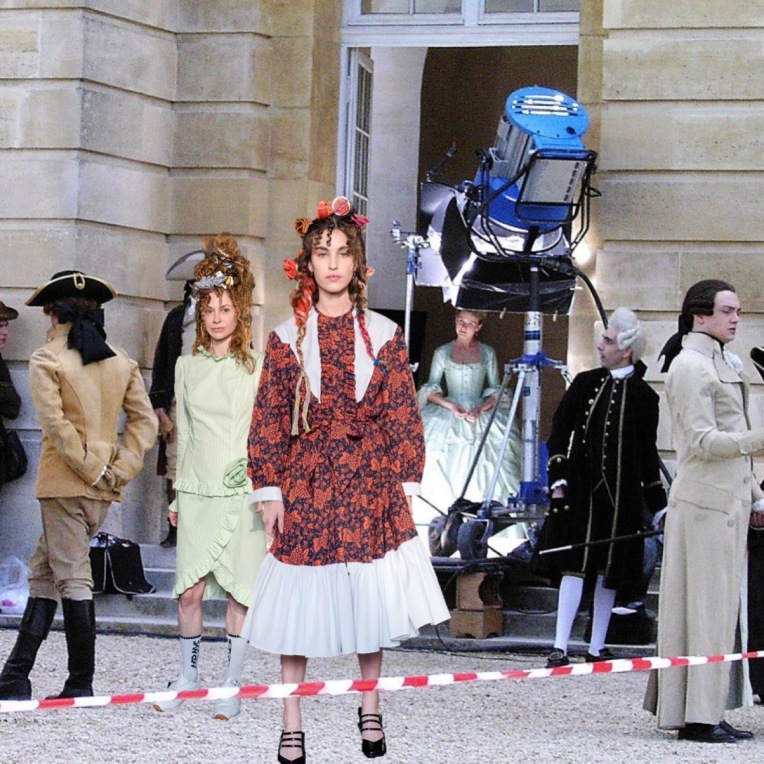 Batsheva Hay’s dresses are unmissable. Sewn from vintage fabrics, kept in retro patterns, with a distinct prairie-style ruffle-trimmed detail – you just know it’s a Batsheva. And this fantastic story of a dress could happen only in New York. Hay turned from a lawyer to fashion designer, quite suddenly, when she decided to do a few dresses for herself and her friends. The silhouette was so good that more friends wanted it, then friends of friends started to order, and so on. And here we are, it’s Batsheva’s third season, and the first runway presentation. I would dare to say it was a fashion moment, something that growingly becomes a rarity in New York. Her pop-up store, where you can order a customised Batsheva piece, changed into a show venue; Christina Ricci, who became Batshava’s fan on Instagram, opened the show; Courtney Love sat front row (or rather, on a couch) with Hay and her daughter, and evidently enjoyed the scene. The models talked, mused, even sang about beauty through the microphone, and then went down to the guests. The dress came in multiple materials, prints and colours, from corduroy and velvet to lilac and pistachio. There were as well ruffled culottes and cute blazers – evidence that Hay is eager to expand her line. Some of the girls had feathers, fake flowers and textile remnants in their doll-like curls. Batsheva dresses have something dolled-up about them, but not entirely. Worn with heavy boots or sneakers, just as most models did, the dress becomes something completely else right away. What else to love about the brand? No pretentious references or overthought philosophies here, but a fun lineup of clothes that reflects a woman’s personal style. I bet from all the New York-based designers, the one-of-a-kind stuff with Batsheva’s tag will sell first, like buns. No, like cupcakes! 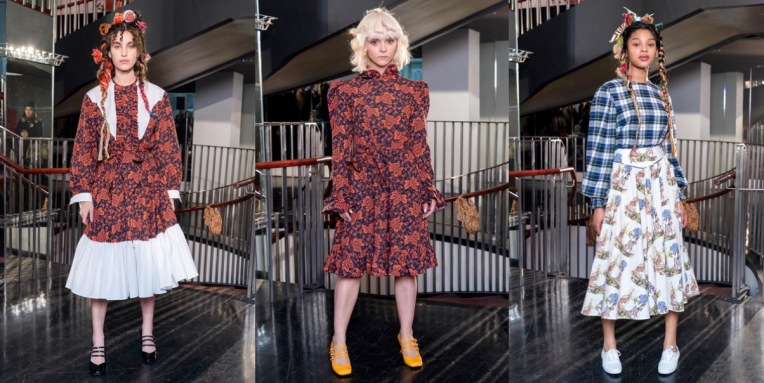 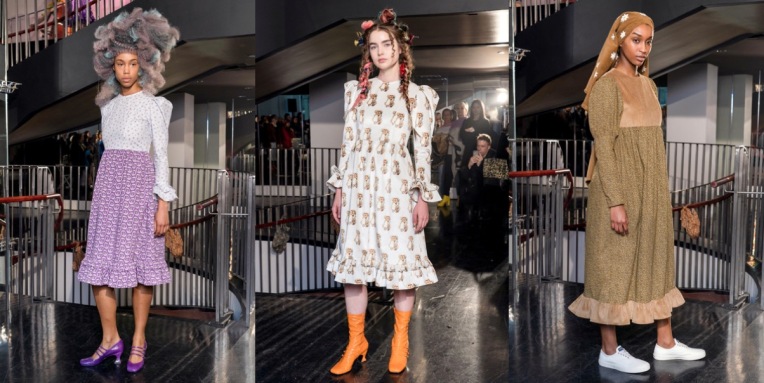 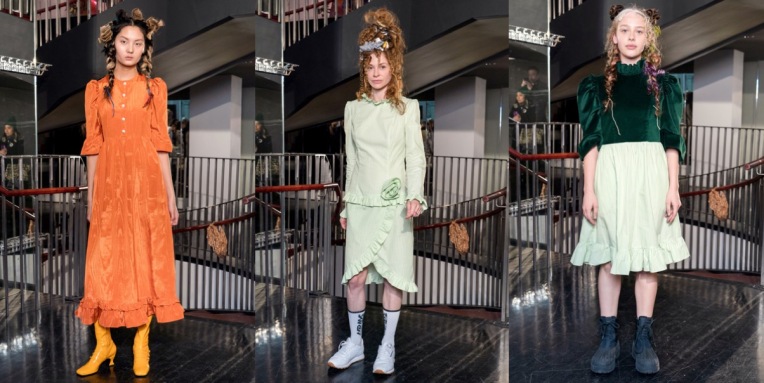 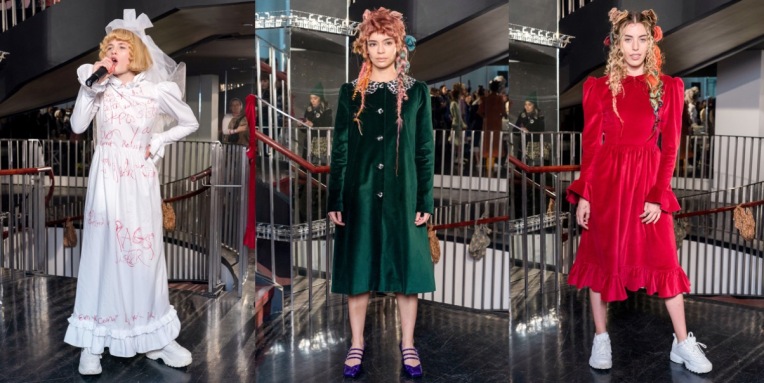