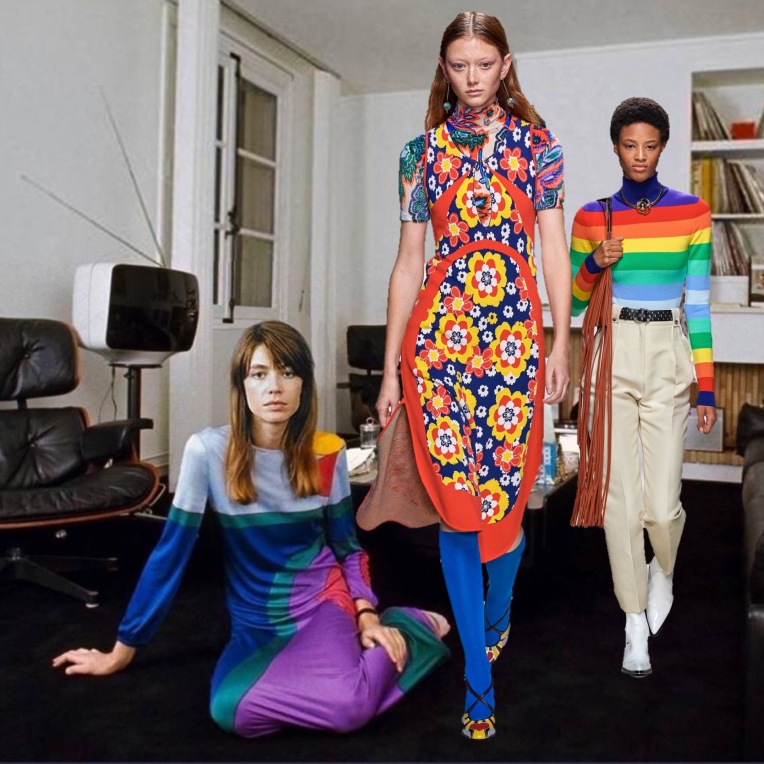 Nostalgia has conquered fashion, and nothing can be done about that. But some designers make it really, really joyous. Paco Rabanne‘s Julien Dossena is a great example. Since his last spring-summer collection for the brand, something finally clicked and the designer finally seems to be feeling more confident with his vision for the brand. Chain-mail dresses aren’t the sole focus. He looks at the Paco Rabanne heritage from another angle. “He was utopian, not dystopian”, Dossen says of Rabanne. The 1960s and 1970s, when Rabanne was the bright new thing, were times of limitless optimism in France and for the enviably stylish and beautiful people who were part of a generational awakening. Julien took 1970s pop and psychedelia under the lense, creating something carefree and fun. “A dreamer and a realist…symbols of naiveté rather than nihilism.” A big red heart was placed in the center of the bodice of the first dress he sent out, and repeated in men’s chain mail top in the finale. “To me, it’s about a kind of strength. Being proud of being nice and kind. It’s something that I value now,” said Dossena. “I don’t know if that makes sense visually, but it’s what I’ve been thinking about.” The puffed-sleeve lamé blouses and the skirts, and the mod pants suits (based on templates pioneered by Françoise Hardy and Prince) were the collection’s major highlights, just as the juicy Guy Bourdin colour palette. A standout piece? The patchworked leather jackets with rising sun and cosmic planet motifs. It’s a delightful line-up, which instantly lands on my ‘season’s favourite’ list. Also, this collection will sell like hot buns, I think. 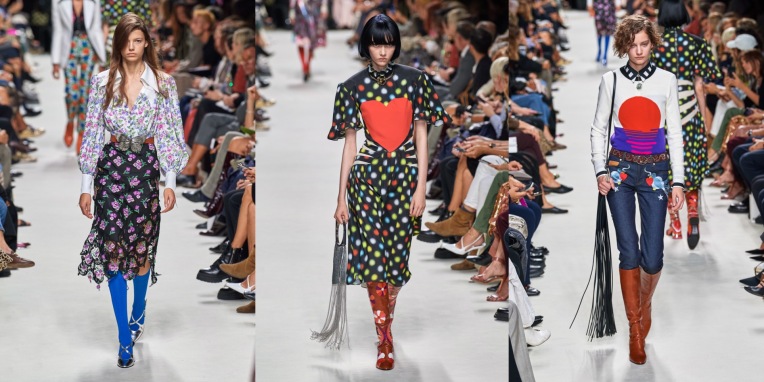 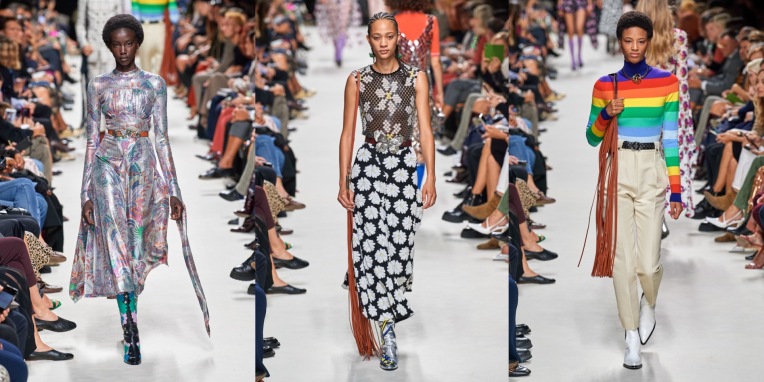 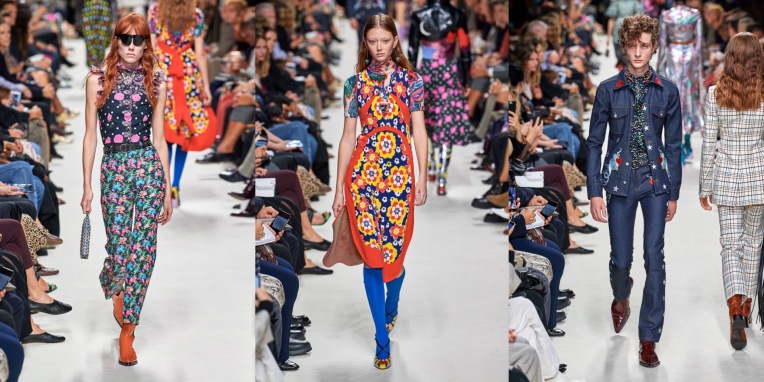 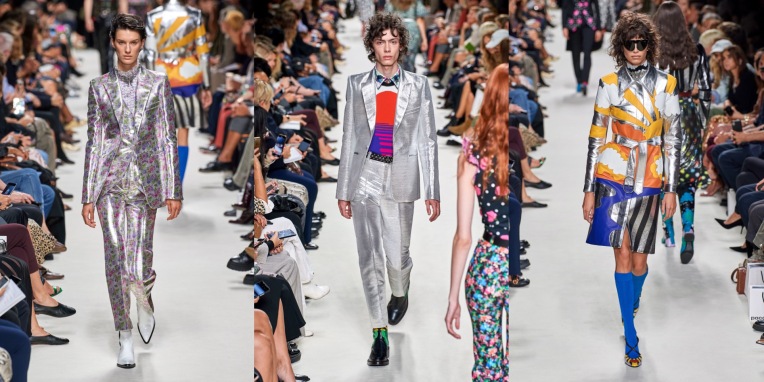 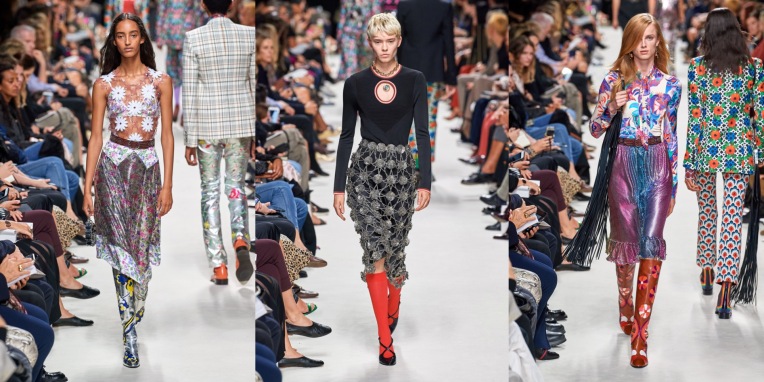