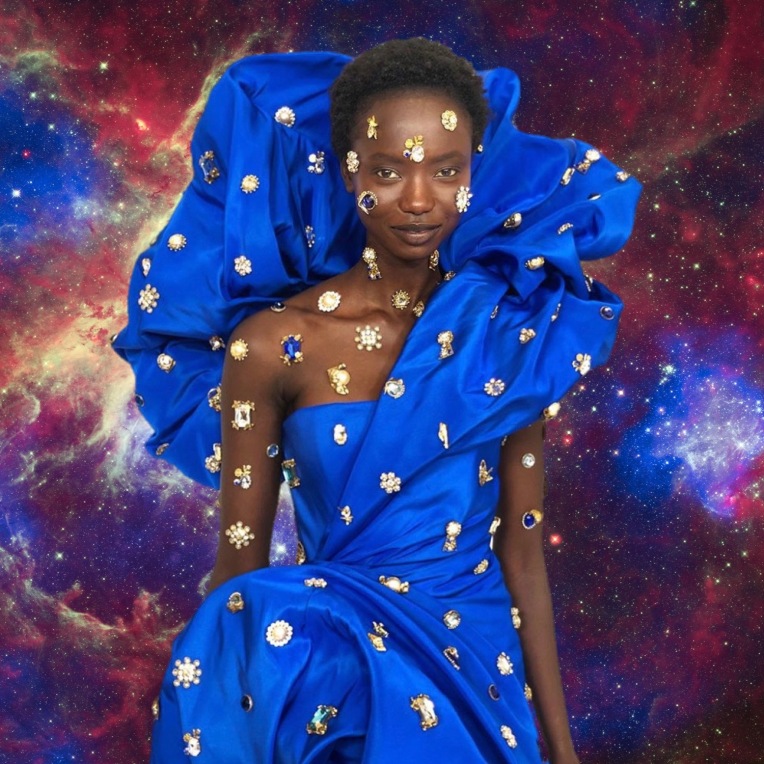 Comparing to his chaotic debut collection last June, Daniel Roseberry‘s take on Schiaparelli for spring-summer 2020 is sublime. S-U-B-L-I-M-E. For this couture line-up, the American designer decided to focus on the “double fantasy” of Elsa Schiaparelli’s style. He began planning the collection by looking at images of Elsa at work in her studio dressed in her inventive, but pragmatic daytime outfits. These he contrasted with “the incredible Surrealist parties that she used to throw – this idea of the woman who dresses for herself during the day but then there’s this duality at night where it becomes performative. I became obsessed with the contradictory personality, the introvert-extrovert idea,” he continued, “trying to embrace those two different extremes and remove all the middle, and do something that feels uniquely Schiap and personal.” Roseberry also looked at the designer’s 1930s friends and collaborators, including the minimalist Deco Moderne furniture and interior designer Jean-Michel Frank (for a daytime palette of cerused oak and parchment that he mixed with navy and cigar brown) and Alberto Giacometti (for the skeletal jewels and rhinestone “bone” embellishments that also referenced Schiaparelli’s own shocking padded jersey skeleton evening dress of 1938). Roseberry has had the opportunity to focus on tailoring (always important in Schiaparelli’s own work) and the collection opened with some stylish options for the couture client who actually works. The “psycho chic” day clothes, as Roseberry described them, morphed into evening pieces that evoked Schiap’s dreams (dreams that his program notes explained “were active, propulsive, exuberant, extravagant, rebellious, ambitious”) and nodded to Yves Saint Laurent and Christian Lacroix’s ’80s and ’90s couture work in striking ultramarine, scarlet, viridian, and of course the brand’s own shocking pink. Schiaparelli is finally back on its track. Roseberry is a wonder. 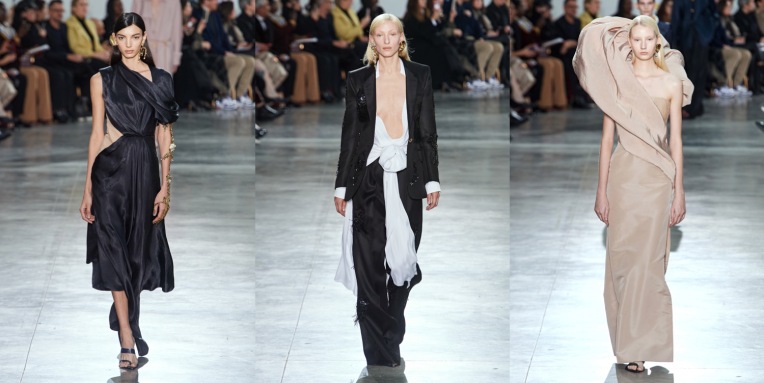 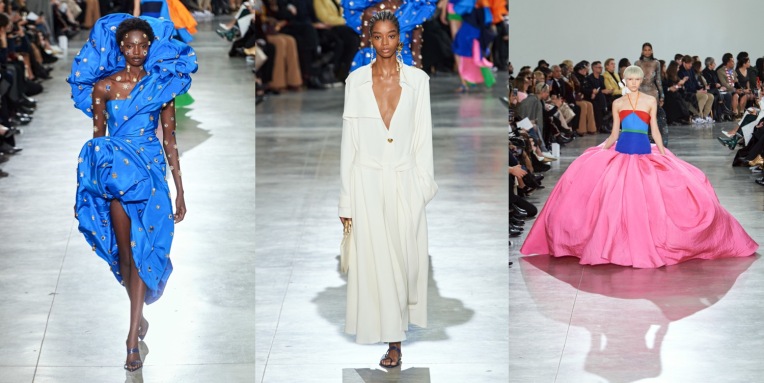