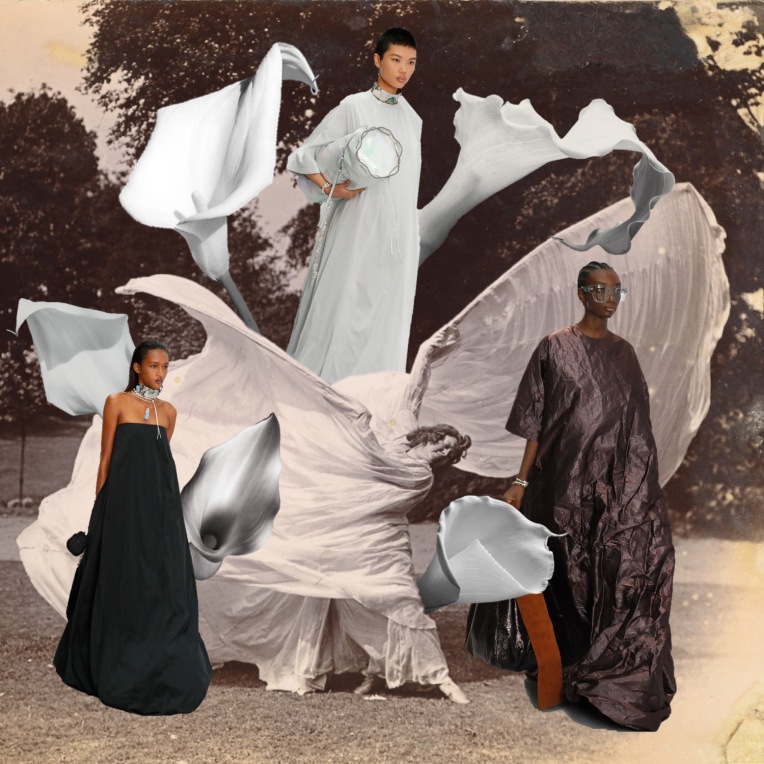 Acne Studios returned to the usual fashion month week schedule, which might be making more sense than showing two months earlier during menswear-couture-resort frenzy – ironically, this period of time is even more hectic than regular Paris Fashion Week, especially in post-lock-down era. The spring-summer 2021 collection coming from Jonny Johansson is one of the best ones in a while. Less over-styling, more focus on the actual clothes. And there was plenty of optimism and vibrance (and occasional magic), too, which we all need now. “It feels like a transition to something more positive. I’m very optimistic about what’s happening. I feel positive. I spent more time with myself and my family, and just in the studio with people. It’s been a less stressful period, although the stress has come from somewhere else. I’ve been quite happy, actually, although I know that sounds weird.” Maybe that explained why Johansson’s show notes referenced “gatherings for a spiritual moonrise”, and the garments quite literally reflected it. Everywhere you looked, there was a shiny, metallic, or iridescent texture. Within the context, it felt a bit like New Age spirituality, an element you could associate with the surfer culture Johansson belongs to. “When the sun is going down, hordes of people are staying on the beach looking at the sundown. It’s like a tribe of people that go towards the light,” he said. The shine mingled with raw materials like crinkled paper, washed linens, and hemp on heels. Styled together, it had a certain density about it. A raggy dress in stained leather and tattered netting drove home the cultish association. A collaboration with the Los Angeles–based artist Ben Quinn, who interprets his personal experiences with the mystical via supernatural imagery, produced various pieces that made the whole affair feel that extra-bit pagan. Invited to experience a repeat of the show after its livestream, guests walked through a series of rooms in the Grand Palais, each reflecting a different time of day and the light that defines it. The looks were selected to match those different occasions. Models were lined up and walking around in circles, eerily staring up at a massive sunlamp as if they were participating in a séance. Who said fashion can’t be therapeutical and slightly transcendent? 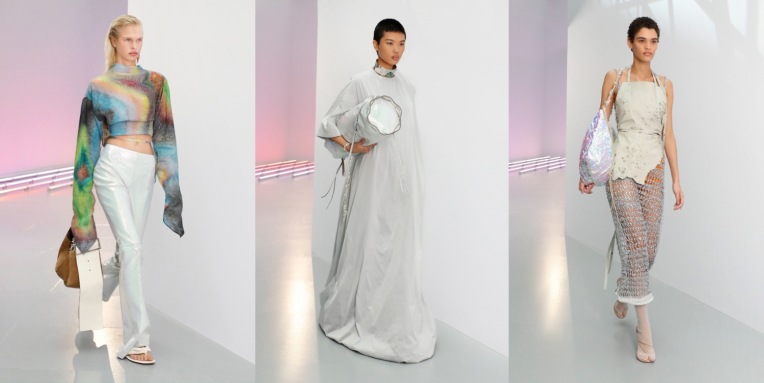