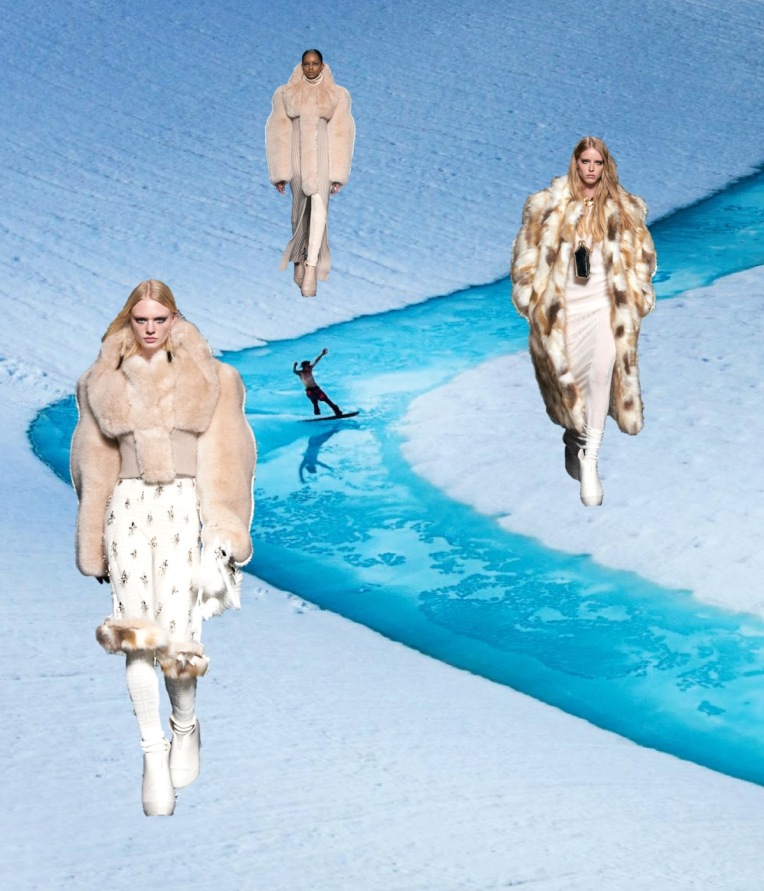 It’s Matthew M. Williams‘ second season at Givenchy, and it’s quite clear what he’s about: celebrity-driven moments, Insta-friendly accessories and a well-edited clash of different aesthetics that should hit the Gen Z target. While his debut was promising, his autumn-winter 2021 collection didn’t feel overly noteworthy. It really looks like a mash-up of Riccardo Tisci’s Givenchy-era style tricks with a pinch of new Bottega. Which of course isn’t a crime – I bet it will sell pretty well. The biggest highlights were the big, furry coats and gilets with matching horned balaclavas, giant “extra-terrestrial” mittens and hoof-like platform shoes, fit for a centaur. Presented in the industrial Paris La Défense Arena with headlights hovering above models’ heads like they were on the run from a flying saucer, the collection was very sci-fi inferno but with the lockdown-inspired outdoorsy twist we’ve become accustomed to this season. Supersized Cuban chains are here to stay, while hardware on tailoring and as embellishment on dresses continued Williams’s clash between the Givenchy ateliers and his own industrial world. He translated that same sensibility into his first digital red carpet moments, in evening dresses shingled with rigid sequins, which cascaded into vivacious hems like the crashing of waves. Their lines reflected Williams’ ongoing proposal for a women’s silhouette, expressed in knitted bodycon numbers or column dresses. In overall, the collection reads to me as “proper” – a similar feeling I had with Kim Jones’ ready-to-wear debut this season. 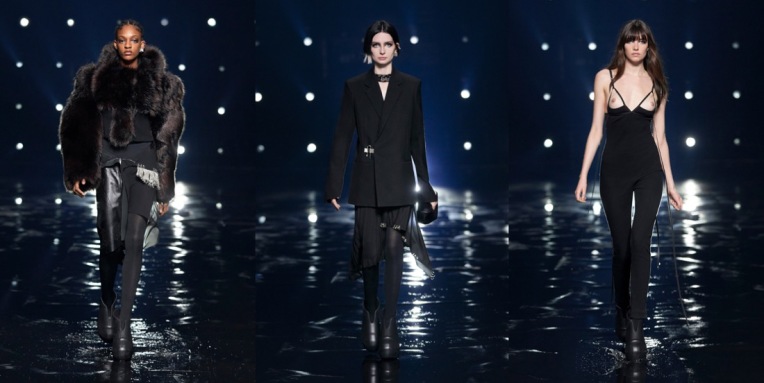 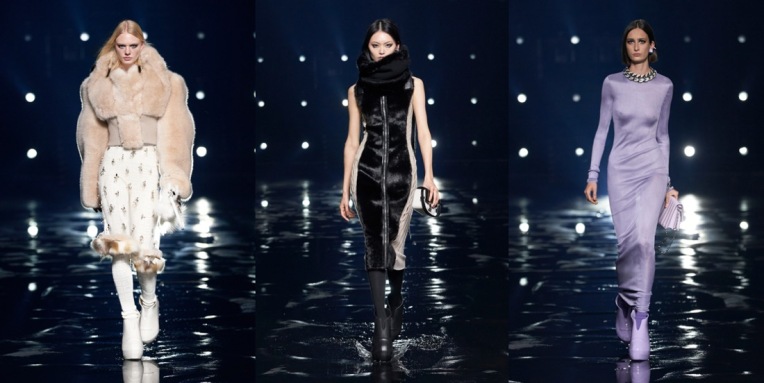 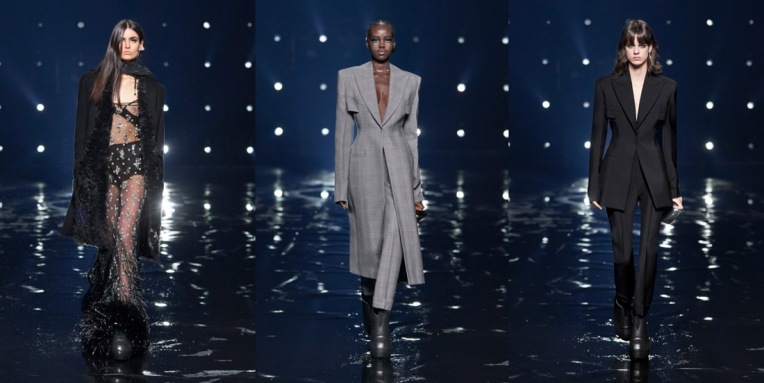