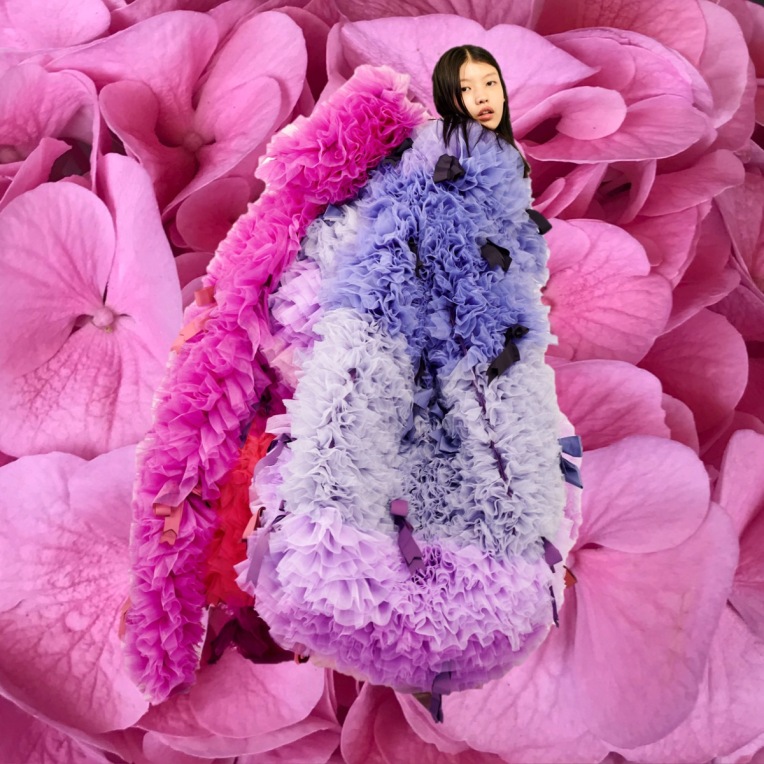 New York fashion week is in full swing. Tomo Koizumi, Marc Jacobs and Katie Grand’s protégé, had Ariel Nicholson do a theatrical performance in his new season ruffled Japanese polyester organza creations at Marc’s Madison Avenue flagship. The Japanese designer, who already amazed everyone with his work last season, explained his spring-summer 2020 process as the following: “I tried to make more 3D patterns with ruffles – it’s kind of like a boxy shape, because I wanted to make something like a gift box.” When he was sketching the designs for the garments, the designer drew inspiration from his own culture – using Lolita fashion as a primary reference, he also crafted the shapes of the dresses based on Japanese robotic cartoons, which he grew up watching. The looks – if you can even call them like this – really had something of gift wrapping, bold and knowing no borders of ‘too excessive’. Tomo doesn’t want to be commercial, and his costumes are for the most daring ones. You can hate it or love it, but this sort or joyous non-chalance is not only growingly rare in New York, but across all the fashion capitals. 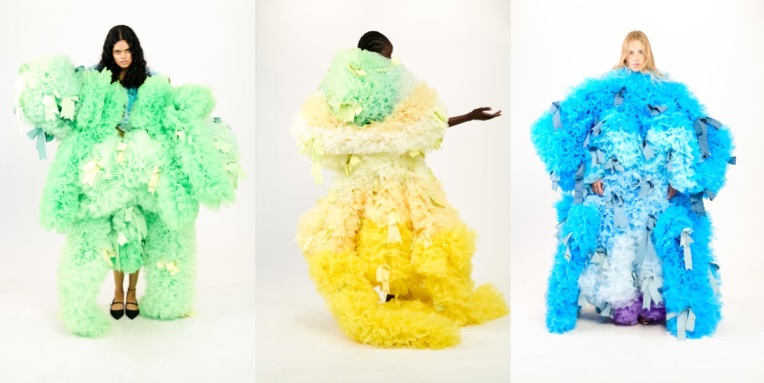 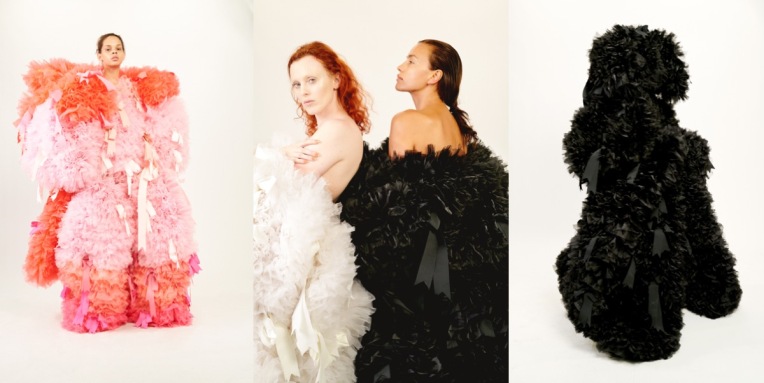