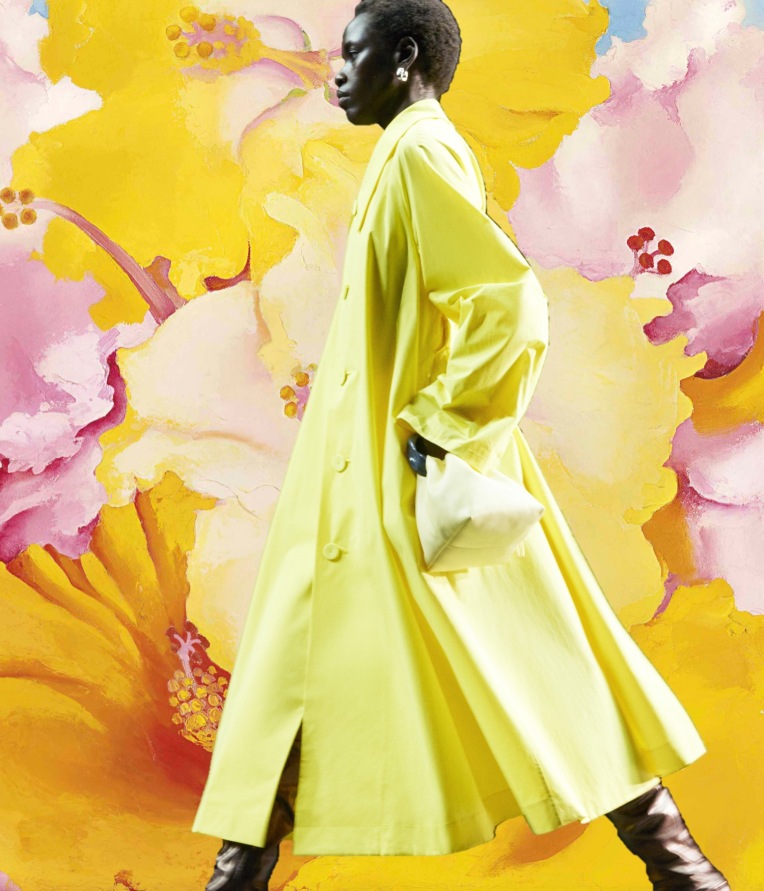 Minimalism is integral to the Jil Sander brand, and Lucie and Luke Meier make it feminine, contemporary and distinct. And embracing a consistent, visually-recognisable signature is something that’s key to many brands this season. The designers have been back in the Jil Sander studio since May. They’re thoughtful about the lockdown and the changed new world that they returned to, but resolved. “We’re going about life in a normal way, just wearing masks,” Lucie said on a Zoom call. Their new collection for the brand, where they recently rounded their three-year mark, responds to some of the shifts we’re all living through, with more time at home and fewer social engagements to buy for. Luke said they emphasized daywear, for instance. To be sure, there are no stay-at-home sweatsuits in the Meiers’ new lineup. Instead, Lucie said, they “softened” their tailored silhouette and added sheer organza to the mix for a more “intimate” sensibility. In a video they filmed for the season, models clutched pillowy, unstructured bags designed to feel “comforting to carry.” The collection is enlivened by zingy shots of gold and yellow amid its neutrals: flat metallic leather boots that extend above the knee, a sunny dress that follows the line of the torso but flares gently below the hips. Clothes with a human touch are Meiers’ signature. That came across this season in the hand-crocheted overlays worn on top of slip dresses and in the way a shawl was tied voluptuously over the shoulders of a sleeveless tee. A pair of hourglass-y color-block sheaths were a surprise, a glimpse of a more carnal side that felt especially new in the context of Jil Sander.