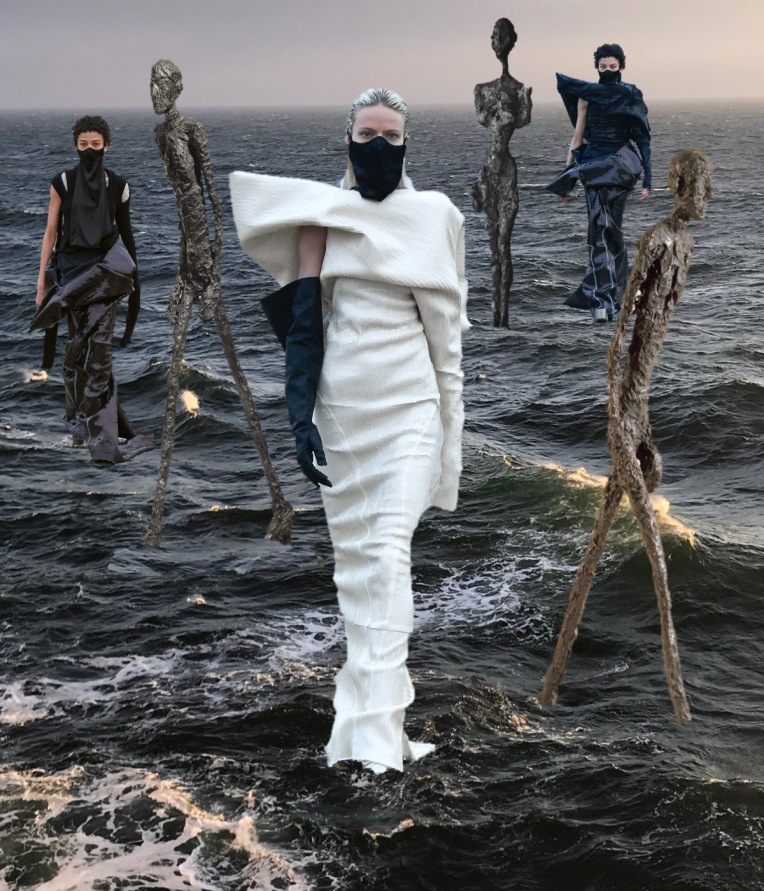 Rick Owens presented another incredible, made-in-lockdown collection, livestreamed straight from Venice Lido (the place where most of his brand’s goods are produced). “Doing these shows without an audience is becoming a kind of private ceremony because we’re sort of doing it for ourselves,” he told Vogue. “There’s a sweetness to it.” The runway was an actual concrete pier, and the background – a breezy, cold sea. The models looked like a troop of Giacometti sculptures, or aliens whose spaceship wrecked in the fog. The collection synthesized comfortwear of the pandemic – bodysuits, knits, the ubiquitous puffer – with the grandeur of haute couture. You’d be hard-pressed to find a more glamorous gown this season than this show’s closing look, a fully sequined ivory hourglass stunner with a sculptural, asymmetric neckline and a single sleeve that was worn with a black gauntlet and matching mask. To be honest, nobody today does draping as well as Owens. Equally fantastic were the couture-ish things he did with puffer capes and coats with his now-signature power shoulders. The use of sequins was an interesting take on femininity: the result was a “garment”, which appeared to be over-the-shoulder thongs worn with cashmere bodysuits. On the subject of underthings, the pentagram briefs from the January men’s show reappeared here wrapped around evening clutches, the implication being that these alien females had handled the “unhinged male aggression” that those briefs signified. Here’s what Owens had to say about it: “During times of strife, you gotta step up.” 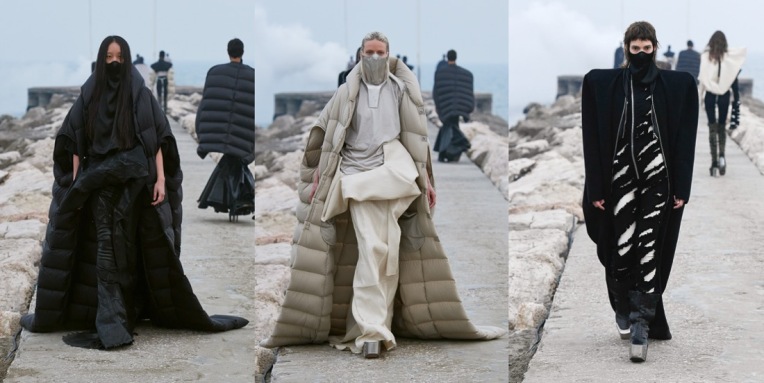 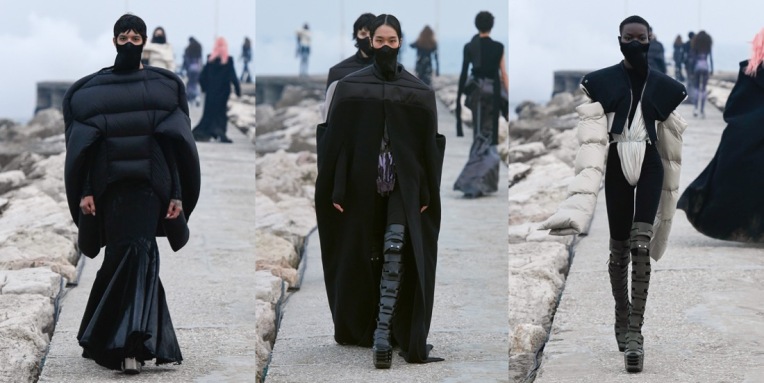 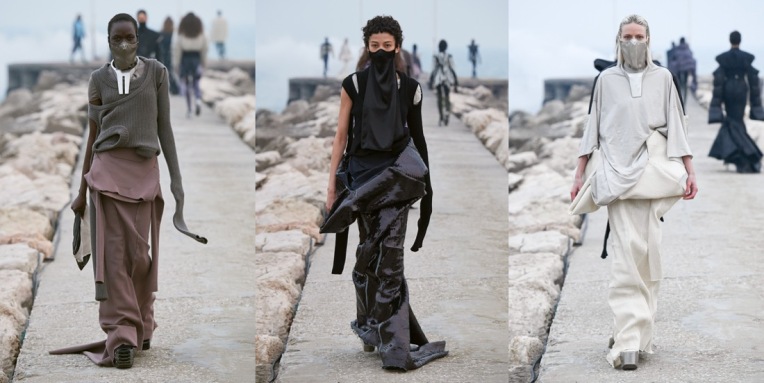 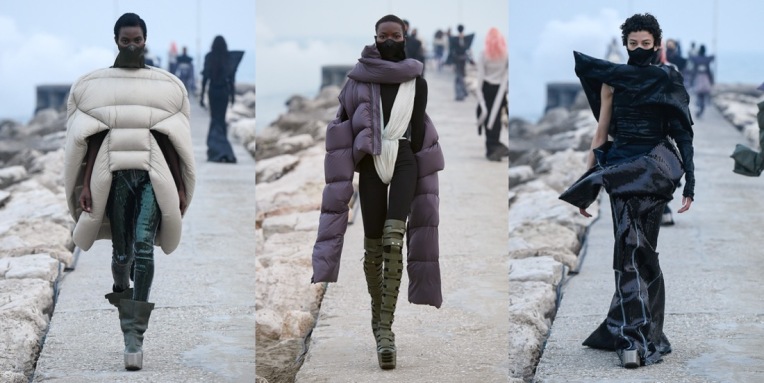