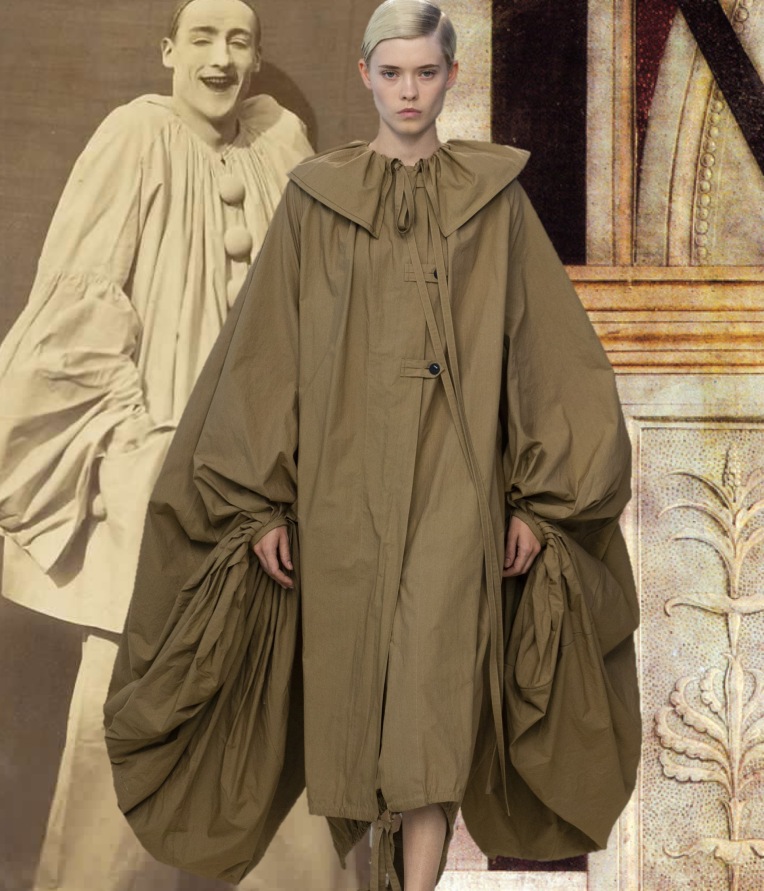 “Aristocratic” is one of the words Jonathan Anderson used to describe his spring-summer 2020 Loewe collection. Indeed, there was something very royal about the earthy parachute coat-dress, multi-layered lace collars and the sublime, white night-gowns. Historical dressing was the key for Jonathan this season, and he conveyed that idea like no one else. Anderson isn’t new in putting craft and handwork at the heart of Loewe, and this time he pushed extremes of craftsmanship luxury to ethereal heights. For the collection, he moved into the realms of “a different kind of craft, which is ultimately historical,” he said. “I looked at the 16th and 17th centuries, where the craft was in the tiniest thing . . . where you had to rely on precision.” Chantilly, guipure, and marguerite lace; drawn threadwork; sprigged voile shapes. There’s romance, and there’s impressive, hand-made process behind all those details. Here’s another aspect of the collection: Loewe is a Spanish house. The aristocratic Spanish-ness is present as well in the collection, even in the pannier-hip dresses he sent out. It’s a shape that goes in line with Spanish cultural significance (think Velázquez’s 1656 Las Meninas portrait of the Spanish royal family). All his revivals of lace and linen fit into that context too. The marvelous fabrics were depicted in the paintings of Goya and Zurbarán, all exhibited at Madrid’s Prado Museum. Summing up, this collection is a feast for the eyes. 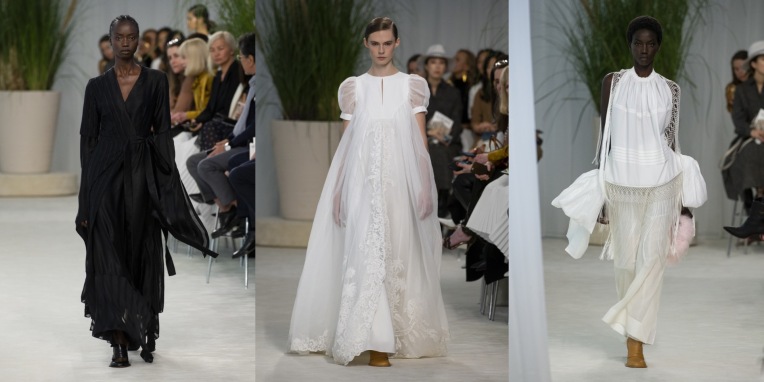 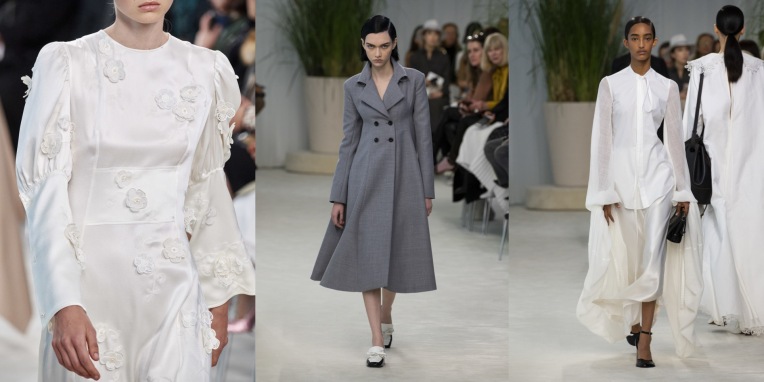